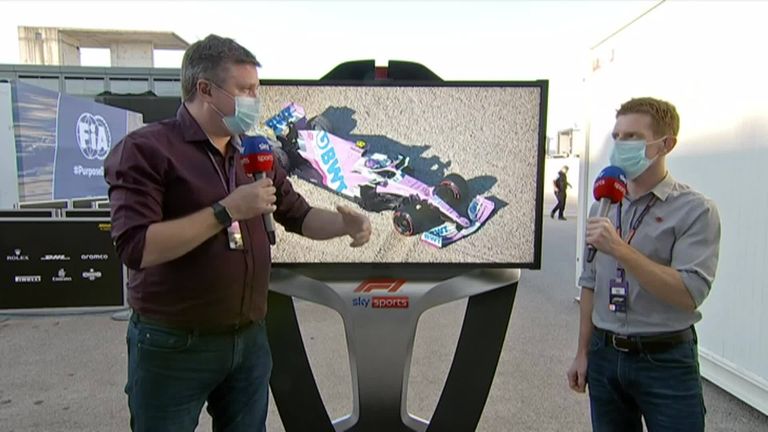 Lewis Hamilton has spoken enthusiastically about the “massively challenging” Portimao circuit but says he needs to work out “where I went wrong” with his Mercedes car’s set-up in Practice Two on Friday.

Hamilton was the only current driver in the field when F1 previously tested at the undulating track in the Algarve in 2009, but that was in wet conditions and in an era when the cars were not as fast as they are now.

More than a decade on, and with the circuit making its full Grand Prix debut as a race venue this weekend, Hamilton was one of many drivers to give the 4.7km Portuguese venue a big thumbs-up after Friday’s two practice sessions. 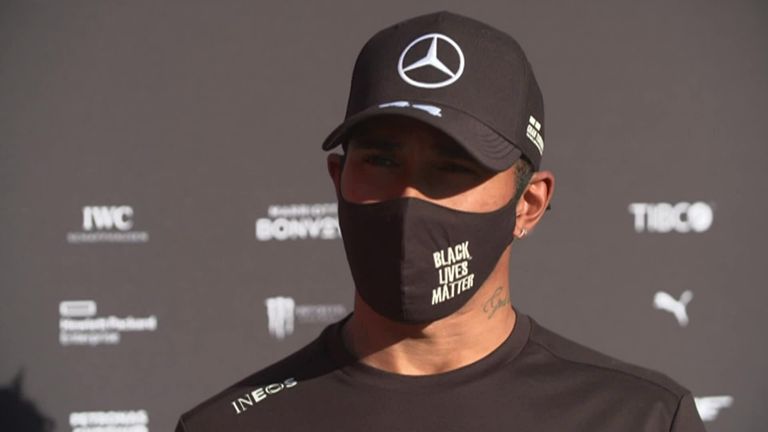 “The exit of Turn Eight – you’re looking at the sky for a period of time and you have no idea what’s beyond the hill. Also into [Turn] 11 you come in and you don’t know where you are and all of a sudden it arrives at you out of nowhere.

“The surface is very smooth so you see a lot of people making mistakes, sliding and spinning, so it’s not been an easy day.”

Hamilton was not among the drivers to spin but the six-time champion and runaway title leader was only eighth fastest on the afternoon timesheet after two red flags disrupted the session. Team-mate Valtteri Bottas was fastest, with Red Bull’s Max Verstappen second fastest on slower tyres than the Mercedes.

Hamilton admits he has work to do to hone the set-up of his W11 after a wrong turn into the second session.

“P1 was probably the better session for me even though the car didn’t feel that great, then we made some changes and the car felt pretty terrible in P2,” added Hamilton.

“So I need to take a few steps back to see where I went wrong with the setup and see if we can improve it for tomorrow.”

Although new to Formula 1, the Algarve International Circuit has been open since 2008 and regularly hosted an array of international motorsport from superbikes to sportcars.

The track had developed a reputation for being bumpy and the surface was relaid ahead of this weekend’s Grand Prix. However, F1’s drivers found the new asphalt offered up little early grip during Friday’s running – producing a struggle to bring tyres up to temperature for the first laps of qualifying simulations.

Bottas topped both sessions for Mercedes and said: “It reminded me a lot of when we went to Sochi or Austin for the first time. You lose the grip pretty quickly, so that’s why we saw quite a few spins.”

Renault’s in-form Daniel Ricciardo suggested it would “luck of the draw when it comes to getting a clean lap and managing the tyres” in qualifying.

Hamilton predicted a “dogfight” when all 20 cars are on track in Q1.

Ferrari, meanwhile, brought more fresh updates to their SF1000 and enjoyed an encouraging start, with Charles Leclerc finishing in the top four in both sessions.

“The circuit is also extremely slippery and the rear of the car is moving everywhere but I think that makes it even better in terms of fun!

“The grip level didn’t improve much throughout the sessions, which should make for an exciting race.”

SEVEN things we learned from the F1 Italian Grand Prix