Lewis Hamilton is “inspired” by athletes in the USA boycotting sporting events in the wake of the shooting of Jacob Blake but he will not miss Sunday’s Belgian Grand Prix. The Mercedes driver has led the push to end systemic racism and discrimination in F1 and beyond.

Hamilton has taken chiefs to task for not providing a big enough platform for the fight for equality and has taken it upon himself to launch a commission to investigate motorsport’s lack of diversity.

The 35-year-old, who is a firm advocate of the Black Lives Matter movement, has used his public profile to shed light on injustice around the world and highlight the need for change.

Hamilton has addressed the shooting of Blake by a Kenosha police officer, which has left the 29-year-old paralysed from the waist down and led to large-scale protests in the USA.

NBA, WNBA, MLB and MLS stars have all boycotted matches this week to take a stand against racial inequality and police brutality. 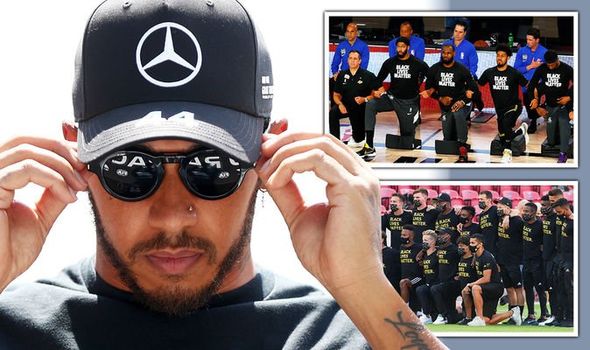 Hamilton says he’s “proud” of the athletes’ attempts to bring about change, particularly due to the perceived inaction of US President Donald Trump.

“Ultimately it’s disgusting that minorities and people out there have to protest to get justice,” Hamilton told Sky Sports. “And even when they do, justice is still not given.

“It’s such a mess over there but I’m really so inspired and proud of the other athletes out there that are utilising the platform they have, using their voice.

“We already started seeing it with Colin Kaepernick a long time ago – it’s like four years ago now – who lost his job for standing for what was right.

Lewis Hamilton opens up on ‘lonely’ charge to F1 title 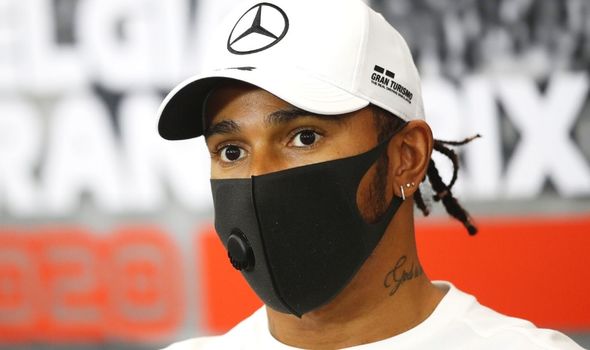 “There needs to be change and it’s going to take all of these great athletes and people coming together to really push and force for change, because it needs to be forced, because at the moment you’ve got the president sitting there not doing anything and you see Martin Luther King obviously was fighting for the same issues 60 years ago and gave his life up, and we’re still fighting it today.

“I just take a lot of inspiration from it and I feel fully aligned with them. My heart and thoughts and prayers go out to those continuously on a daily basis are losing their lives through racism.”

Hamilton, who recently admitted he would trade a record-equalling seventh F1 title to see positive change pushed through, is in Belgium ahead of Sunday’s Grand Prix at Circuit de Spa-Francorchamps.

He says he’ll compete as planned because he has doubts over the impact boycotting the race will have on the fight for equality. 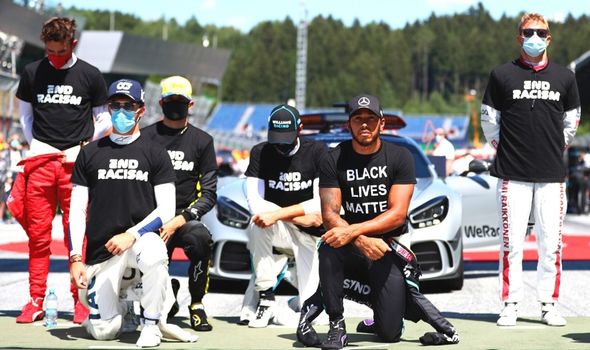 Hamilton insists, however, he’ll be in touch with F1’s power brokers in a bid to again “raise awareness” of the battle against racism and discrimination.

“It’s a shame that’s what’s needed over there to get a reaction,” said Hamilton. “But that is in America and I don’t know if really me doing anything here will particularly have any effect.

“We’re in Belgium, we’re not in the United States. I haven’t spoken to anyone about it but I am really proud with so many out there and I do stand unified with them.

“Trying to do what I can over here, I don’t really know how us not doing the race, it will still go on, is a thing.

“But I will try to speak to Formula 1 to see what else we can do to continue to raise awareness. Naturally as a sport, I think we all need to be aligned, supportive of each other, even though it’s a different sport.”