Lewis Hamilton admitted that he was helpless to prevent Max Verstappen romping to victory in Mexico and take a tighter hold on the world championship destiny.

The Dutch driver finished 16.5 seconds ahead of the Briton, who stepped out of his Mercedes car dejected. 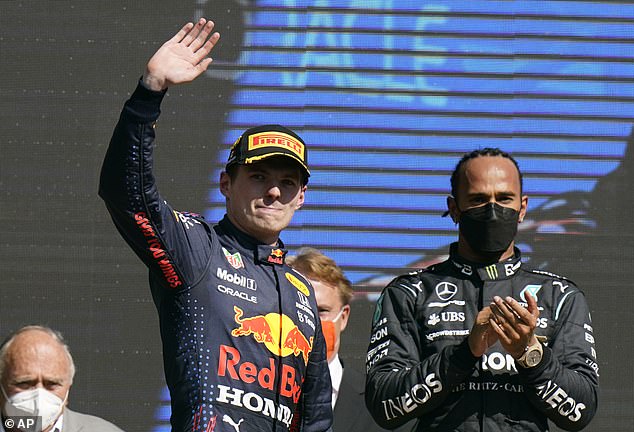 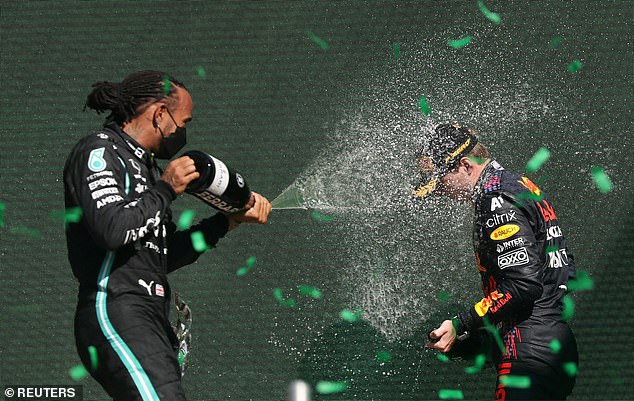 ‘Their car is far superior this weekend and there was nothing we could really do about it. I gave it absolutely everything and it was a great fight with Sergio (Perez, in the second Red Bull) at the end. I was able to at least get second.

‘It shows how fast car their car is when Sergio is right behind me and able to follow that closely. He did a great job and he was applying that pressure and just kept going. I really enjoyed the race still.’

Verstappen, who made a brilliant move at the first corner to hit the front, said: ‘The start? It was nice, three cars wide, and it was all about just trying to brake as late as you can. 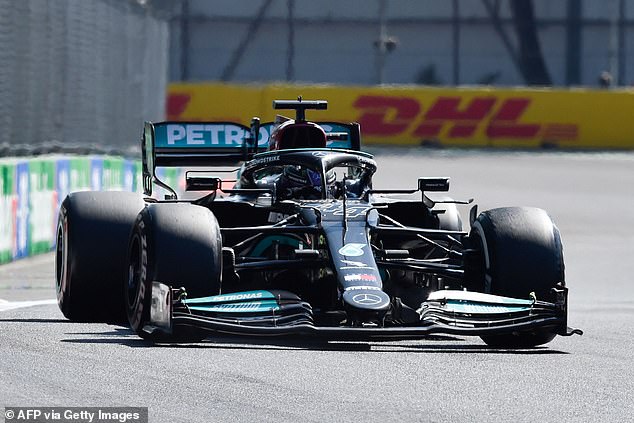 The Briton finished second behind Verstappen, who extended his lead in the championship

‘I kept it on the track, came from third to first, and that was basically what made my race because I could just focus on myself, and we had incredible pace in the car.

‘There’s still a long way to go in the championship. It’s of course looking good but it can also turn around very quickly. I’m looking forward to Brazil next week. I have very good memories there.’

Hamilton’s Mercedes team-mate Valtteri Bottas was held to be at fault for allowing Verstappen to surge ahead, yielding the racing line after starting on pole. 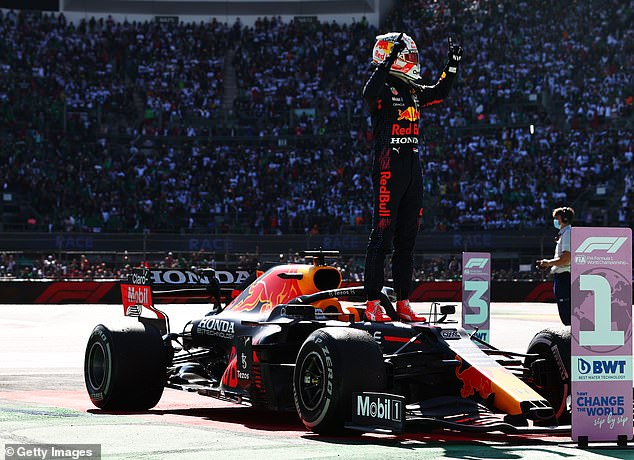 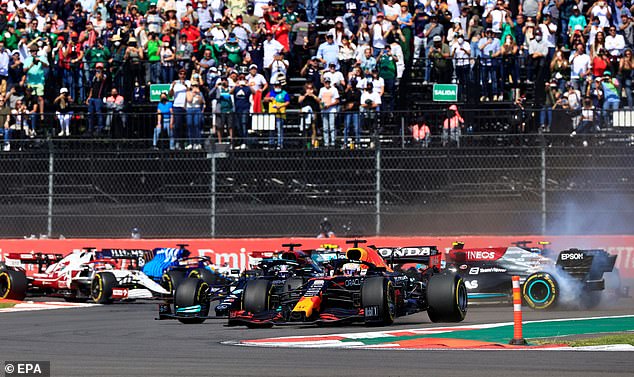 Former Renault driver Jolyon Palmer said: ‘If you’re Bottas, you’ve got to hang Verstappen out to dry! You cannot let Verstappen drive around your outside at Turn One. It’s weak from Bottas. As a result, he’s minding his own business after that and he gets clipped by Ricciardo.’

‘If you’re Toto Wolff, you’re not happy with that.’

Bottas finished 15th and at least robbed Verstappen of the point for fastest lap late on.