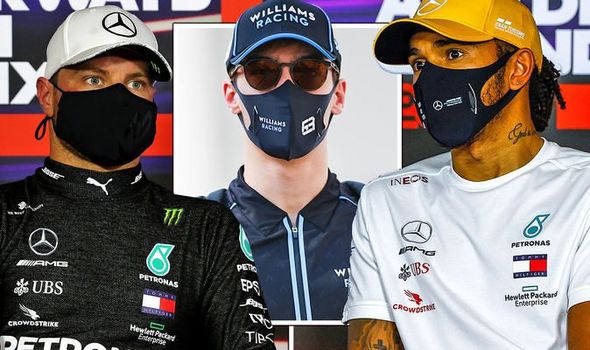 Lewis Hamilton may block George Russell’s proposed move to Mercedes, it has been claimed. It has been alleged that the Brit has verbally agreed a new two-year contract with the team to continue his Formula One career until 2022.

AutosportWeb say that the 36-year-old has agreed terms and that an announcement is imminent, meaning Hamilton will continue into his 15th and 16th seasons in F1.

Talks have dragged on for several months and the report claims a key part of the negotiations included a request from Hamilton that he has the option to veto his team-mate.

That means if Mercedes are planning to unseat Valtteri Bottas for the 2022 season, Hamilton could step in and ensure the Finn remains with the team.

And Motorpasion.com say that the German manufacturers have been actively planning to give the promising Russell a shot in 2022.

The 22-year-old is currently driving for Williams and is in the third and final season of his agreement with the back-marking Grove-based outfit. 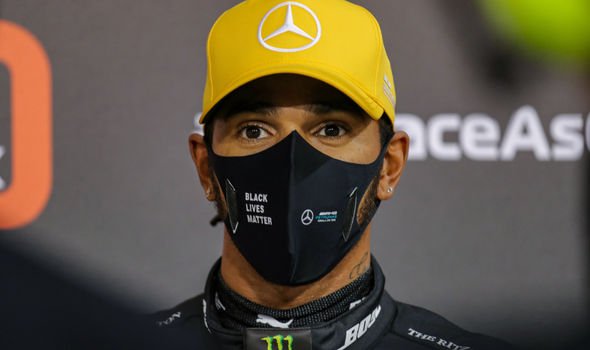 Russell though has impressed at Williams, particularly with his consistent performance levels in qualifying.

The Mercedes junior driver has never been outqualified at Williams although he is still searching for his first points finish with the team.

He stepped up to replace Hamilton at the Sakhir Grand Prix in Bahrain and finished ninth, only denied victory in cruel circumstances by a team pitstop mistake and then a puncture.

But having qualified just 0.026s behind pole-sitter Bottas, who he overtook at the first corner on the opening lap of the race, Russell made a real impression and showed great pace despite being sat in a W11 car suited to Hamilton, who is notably smaller than him.

Motorpasion say that Mercedes were so impressed that they have been drawing up plans to replace Bottas with Russell at the end of this season. 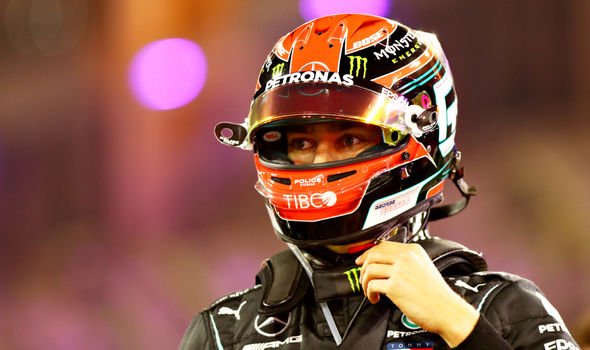 Team principal Toto Wolff said recently of Russell: “He will definitely play a role in our future line-up. He just has to have trust and patience.

“Today we are concentrating on our two drivers, Valtteri and Lewis. This is our regular team. We will see what the future brings.”

Yet Mercedes agreeing to give Hamilton veto power may mean Russell has to wait a little longer, depending on his mindset.

The seven-time world champion has won the Drivers’ Championship in all four seasons he has had Bottas alongside him in the Mercedes garage.

The Finn has finished second in the past two seasons, although both times a long way off of his team-mate, but Hamilton has repeatedly leapt to his defence.

He said at the end of 2020: “When I talk about people need to give Valtteri his due respect, I think you’ve got to remember who he’s driving up against; it’s not easy being my team mate, you know?

“But he comes in, weekend in weekend out, with the same mentality, he’s never moaning, complaining that something’s wrong with the car, it’s always ‘I’ve got to do a better job’, and I don’t know any driver that does that.

“I think that’s something we share in common: We come into this weekend with a fresh head, and I think mentally, he’s one of the strongest drivers here.

“I think Valtteri is getting stronger and stronger each year. Every year you can see him just grafting away and chipping away at trying to raise the bar in so many different areas.

“And you’ve seen this year, I think, whilst the points gap now is where it is, if you look at a lot of qualifying, it was the smallest of margins. 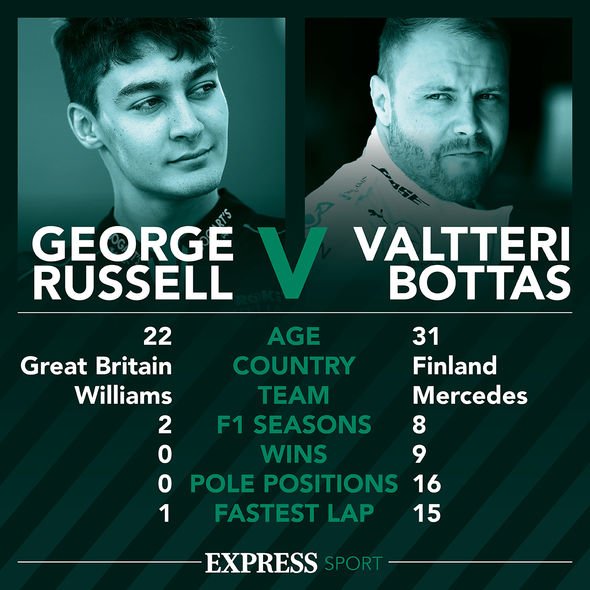 “So closing the gap in qualifying he has done already, which has made it quite challenging.

“And naturally you can see the consistency I’ve had this year is what’s made the difference but if you look on the weekends it was so close.”

Hamilton’s repeated defence of Bottas may spell bad news for Russell, although the reigning champion has hailed his fellow Brit as a future star of the sport.

Motorpasion suggest that he does not want Mercedes to split from Bottas and it has been suggested by many that Russell would pose a sterner title test for Hamilton.

It remains to be seen whether Hamilton really does have veto power and whether he steps in to stop Russell replacing Bottas, if Mercedes do intend to make such a switch, but it is a storyline that promises to continue throughout the season.

Formula One: Forecast for Eifel Grand Prix conjures memories of dramatic day at Nurburgring 13 years ago