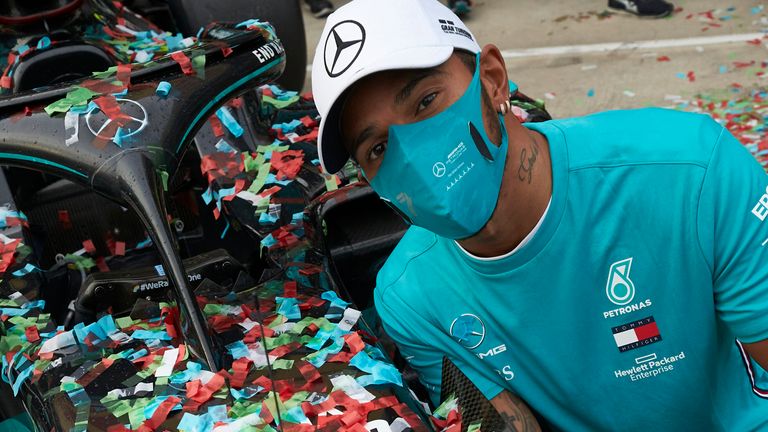 Lewis Hamilton believes Mercedes’ all-conquering 2020 car is the “best” they ever produced and the result of setting “ridiculously high goals” ahead of every season in search for improvement.

Mercedes became the first time to win seven constructors’ championships in succession at last week’s Emilia-Romagna GP and their one-two result also confirmed only Hamilton or Valtteri Bottas can become 2020’s driver champion, assuring the team of a record-extending seventh world title double in a row too.

Hamilton, who could clinch the drivers’ crown in Turkey next week, spoke glowingly about the “remarkable” team and motivation behind Mercedes’ success – and described being a part of it as a “completely unbelievable honour”.

“What we have done is no coincidence. Valtteri (Bottas) and I are just a part of this incredible chain of people who are collectively working and all rowing in the same direction,” Hamilton told Sky Sports F1 after his win wrapped by

“People will probably want to understand how we do it and I think it’s just continuing to set ridiculously high goals every year.

“When it comes to the car, I remember we sat down in 2013 [when Hamilton joined] and I would always sit and speak to the guys on aero and talk about where our target is. There would be a dot and I’d say ‘well move that even higher’. And they were like, ‘yeah you’re right, let’s move it higher’. 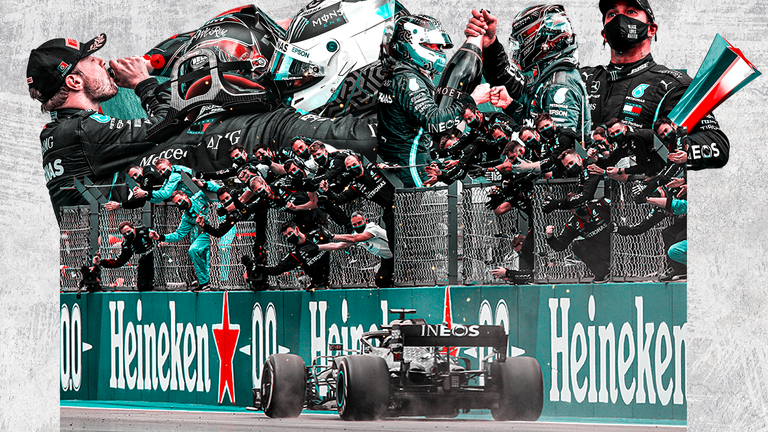 “And they just continued to do that year on year on year and raise that target that it’s so far out of reach, but if we work towards getting there maybe we’ll get there. That’s what we’ve done every year.”

With chassis being carried over to 2021 before big rule change in 2022 that will slow cars down, Hamilton believes the W11, which has taken all 13 pole positions and 11 race wins so far this season, could stand as not only Mercedes’ best-ever car but the greatest in F1’s history.

“The whole car collectively, for sure, is the best car that we’ve built,” he said.

“I think probably it will be the best car that we’ll ever have, I think, probably in the sport.” 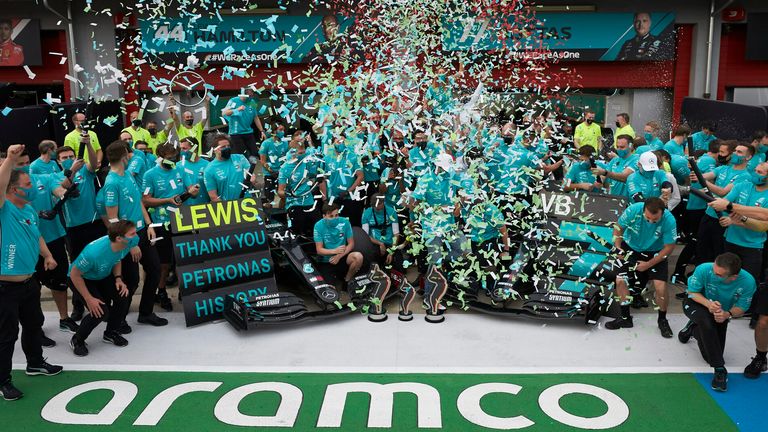 Wolff on how Mercedes aimed high

Toto Wolff, who has overseen all of Mercedes’ record-breaking success, told the story after Sunday’s race of how a goal-setting exercise at the start of the current hybrid engine era ultimately came to define the success and ethos that followed.

“We had an off-event where we took our senior leadership and we put a target on the wall at the beginning of 2014,” recalled Wolff to Sky F1.

“That target was to win a constructors’ and a drivers’ world championship, and [then-engineering director] Aldo Costa said: ‘I don’t think that’s ambitious enough, I think we should put on the wall we aim to win multiple driver and constructor championships.’

“The discussion in the room was we can’t possibly put that on the wall, it’s completely unrealistic as a target. Thank god we have it everywhere on the wall because it reminded us every year to just continue pushing the boundary and pushing ourselves.”