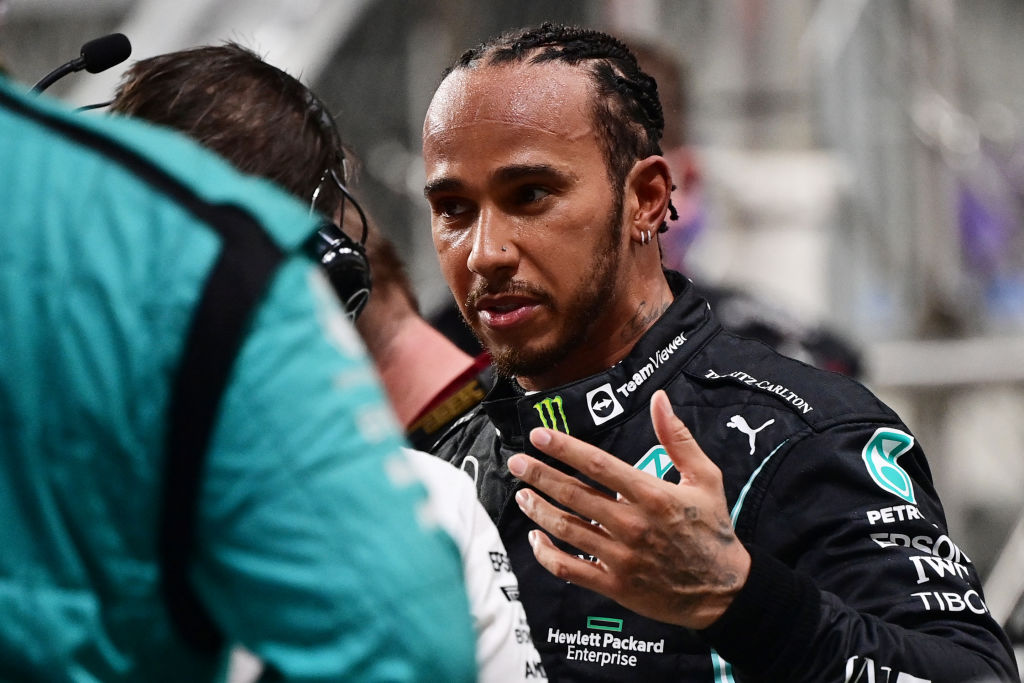 Lewis Hamilton says he was ‘confused’ by Formula One title rival Max Verstappen’s intentions after colliding with the Red Bull driver en route to a dramatic win at the Saudi Arabian Grand Prix.

The seven-time champ is now level on points with Verstappen after winning on Sunday evening – and laying down the fastest lap – with a truly thrilling title race to be decided in next week’s season finale in Abu Dhabi.

Hamilton and Verstappen were involved in a series of run-ins in Jeddah culminating in a bizarre moment when the young racer was ordered to give back first place and slowed down, with his Mercedes rival ploughing into the back of him.

Verstappen was handed a penalty, and also gave back the place, with Hamilton eventually cruising to victory, though he had accused the Red Bull driver of trying to ‘brake test’ him over the team radio.

Speaking about the incident afterwards, he said: ‘I didn’t quite understand why he suddenly hit the brakes quite heavily and then I ran into the back of him.

‘And then he moved on, so I didn’t understand exactly what was going on. Then I got a message afterwards saying he was going to let us past, so it was a bit confusing.’

On the chaotic nature of the race, he continued: ‘I’ve been racing a long time but that was incredibly tough.

‘I tried to be as sensible and tough as I could be out there, but also sensible and with all my race experience over the years, keeping the car on track and staying clean.

‘It was difficult, but we persevered as a team. We had all sorts of things thrown at us in the second half of the season, so I’m just really proud of everyone.’

The title will now be decided in Abu Dhabi and Hamilton feels Red Bull and Verstappen – who won on the same track last year – will take some beating after another fierce tussle.

He added: ‘They’ve got some real pace, they’ve been so quick, it’s been really hard to overtake them here. But we’ve done an amazing job with what we have. Valtteri did a great job to get the team points as well, so it’s great points for the team.’