Max Verstappen dominated a procession of an Abu Dhabi Grand Prix for Red Bull with Valtteri Bottas and Lewis Hamilton second and third respectively. F1 world champion Hamilton was surprised with just how fast his rival was round the Yas Marina circuit.

The 35-year-old also admitted he was just pleased to get through the race as he felt less than 100 per cent.

In truth, the race was a dull affair with little overtaking and action to speak about.

Hamilton was still happy with the overall result in a season which has seen him become a seven-time world champion.

He explained: “You can’t win them all. Considering the past couple of weeks I’ve had I really am generally happy with the weekend. 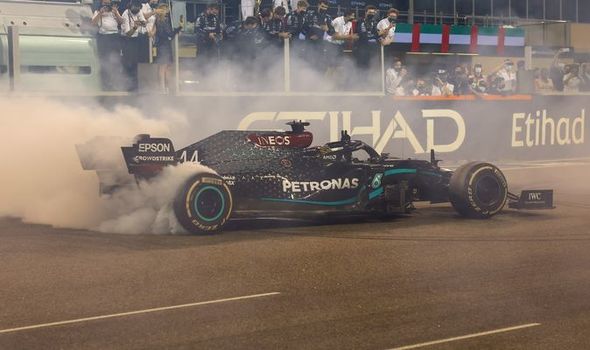 “It’s obviously not 100 per cent and not as good perhaps as we would like, but congratulations to Max.

“That was a really hard race for me physically. All the year physically I’ve been fine but today I definitely wasn’t.

“I’m just glad it’s over and a big, big thank you to the team for their continued support. It’s still a fantastic result to get two podium finishes for us.”

Verstappen was delighted with the victory and said he enjoyed the race and the dominance of his Red Bull.

After winning the race he said: “It was really enjoyable yesterday already and today, of course.

“We had a good start and from there on, of course you look after the tyres, but the car was having a good balance.

“It was really enjoyable out there today. We did everything alright.

“Once you start up front you can control the race a bit more and it makes your life easier.”

Hamilton dominated the 2020 F1 world championship but Red Bull will hope to get closer next season. 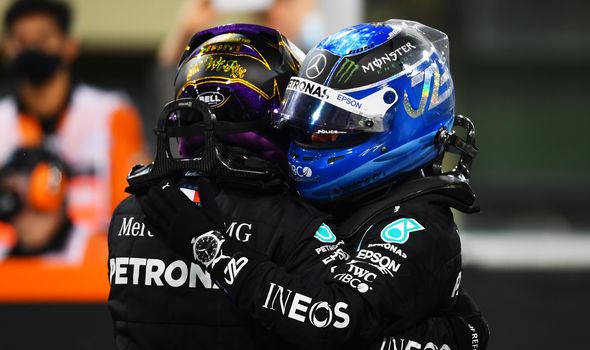 Verstappen was never put under pressure by Mercedes in the race.

Red Bull now have a decision to make on whether to retain the youngster or opt for Racing Point driver Sergio Perez.

The Mexican has no drive for next year with Sebastian Vettel taking his seat.