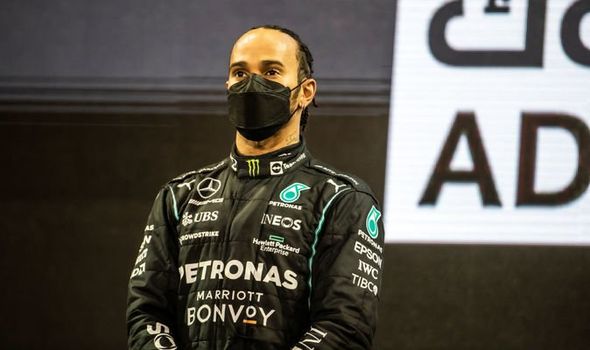 Lewis Hamilton risks being fined if he does not attend the FIA gala in Paris on Thursday, according to reports. Team Priniciple Toto Wolff has suggested that neither he nor Hamilton will attend the bash which could lead to punishment from the sport’s governing body.

Hamilton incredibly missed out on a record eighth world championship under the most controversial of circumstances at the Abu Dhabi Grand Prix.

The Brit had led for almost the entire race as he battled with Max Verstappen for the title. However, a safety car allowed the Dutchman, who was on fresher tyres, the chance to overtake Hamilton.

Verstappen’s success earned him his first F1 title and denied Hamilton the chance to go ahead of the legendary Michael Schumacher.

Mercedes submitted two protests about the culmination of the race but they were turned down by the FIA.

Wolff’s team then appealed the decision but they have now backed down, with Hamilton reportedly insisting that he does not want to win a championship in court.

But the Mercedes driver could face further punishment after Wolff insisted that he and Hamilton will not be in attendance at the end-of-season gala in Paris.

According to The Times, Wolff told journalists on Thursday that the Mercedes pair will dodge the party in the aftermath of the controversial season finale.

But that could be against FIA rules and Hamilton could be handed a fine if he does not attend, as per the Mirror.

Article 6.6 states: “The drivers finishing first, second and third in the Championship must be present at the FIA Prize Giving ceremony.”

A failure to attend could result in a punishment, which would cap a dramatic week for Hamilton who was knighted at Buckingham Palace on Wednesday.