Lewis Hamilton’s crown is in Charles Leclerc’s sights with the Ferrari driver prepared to do whatever it takes to become the king of F1 this year. Hamilton extended his reign at the pinnacle of motorsport in 2019 by securing 11 Grand Prix wins in a stunning charge to a sixth title.

Leclerc, a two-time race winner in his first season at Ferrari, edged out Sebastian Vettel to end the year fourth in the pile.

The Monegasque is planning to build on his series of impressive performances when the 2020 F1 campaign eventually gets underway.

And he says he’s prepared to put everything on the line in order to knock Hamilton off the throne he’s sat on for the past three years. 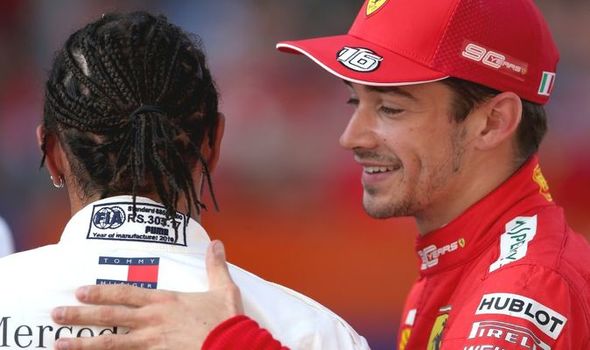 “I hope it will still be a fair World Championship – even with fewer races – and if it is me who wins, I will be very happy,” Leclerc told The Sun.

“But I am pretty sure Mercedes and Lewis will still be the favourites. But I will risk more on track with risky strategies and risky overtakes – and maybe it will pay off.”

Hamilton is in Bali, Indonesia at present and is doing everything he can to stay in shape ahead of the 2020 season.

Leclerc, meanwhile, is holed up in his Monaco apartment with his partner and his personal trainer.

The 22-year-old is spending five hours a day training on his simulator to ensure his sharpness is not blunted. 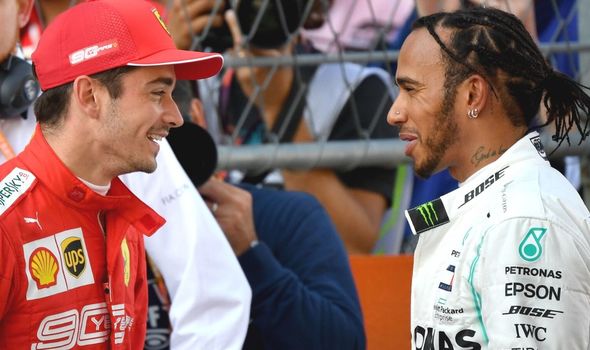 And earlier this month he lifted the lid on life in lockdown as the coronavirus pandemic rages on around the world.

“I do [miss being in the F1 car], I definitely do,” Leclerc said. “I really hope we’ll anytime soon come back in the car but for now I think everyone’s health needs to be okay before we restart. But I think it’s great, we’ve seen quite a lot of racing drivers, including myself, on sim racing.

“Of course, it’s not the same as the reality, but at least it keeps us busy, entertains the fans of Formula 1 in a different way and to wait for the real races. I think it’s a great idea.