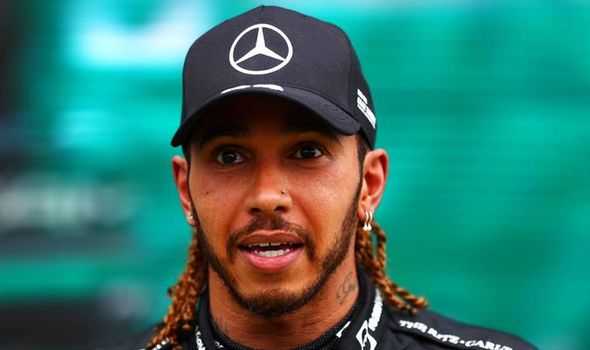 Lewis Hamilton needed to see a Mercedes team doctor after he came through an epic Hungarian Grand Prix to finish third. The Brit was visibly exhausted during his post-race interview and was a shadow of himself on the podium.

Shortly after receiving his trophy, the seven-time world champion took a trip to see the team’s medical personnel.

Mercedes confirmed that their driver was suffering from ‘fatigue and mild dizziness’ as he was delayed from attending his TV pen and press conference duties.

Hamilton faced the media after a short delay and he was quizzed on his condition.

“I’m ok, yeah,” Hamilton said. “Just had dizziness and everything got a bit blurry on the podium.

“I have been fighting all year with staying healthy after what happened at the end of last year [contracting Covid]. It is still a battle.”

Despite feeling unwell, Hamilton drove remarkably to fight his way from the back of the field to secure the final podium spot.

The 36-year-old had started on pole position but a bad decision not to pit during an early restart meant he fell to the back of the pack.

That opened the door for Esteban Ocon to go on and win the first F1 race of his career.

“Firstly I want to congratulate Esteban, he’s been a shining star for such a long time now,” Hamilton said.

“It’s been a long time coming and I’m really happy for him. It’s also great to see Aston Martin up there – their best result so far, and I know there’s more to come.

“Today was definitely tough. We always make it difficult for ourselves.

“It was crazy to think we were the only ones on the grid at the start but these things happen.

“I gave everything in the end, I had nothing left.”

When quizzed on the incredible incident that was certainly the first of its kind, Hamilton added: “I mean I was telling the team how the track was thought the lap.

“But they said rain was coming when I got in the car so I thought they had other information. I saw everyone diving in.

“We came here this weekend and definitely didn’t know how it was going to go.

“Considering the circumstances, I will take it.”