Sky F1’s Nico Rosberg believes Max Verstappen enters the new Formula 1 season with the best chance of anyone in years of beating Lewis Hamilton to the Drivers’ Championship.

Rosberg, the only man to deny Hamilton a championship in the hybrid-turbo era in 2016, was speaking on Friday night’s F1 Show: 2021 Season Launch programme which airs on Sky Sports F1 at 7.30pm.

Hamilton goes in search of a record-breaking eighth world title this year and Rosberg, his former Mercedes team-mate, admits it remains difficult to envisage anyone beating the Englishman over the course of a full season.

But he believes that Verstappen has a strong chance of a true challenge.

Asked who his money would be on for the title, Rosberg said: “It still has to go on Lewis because nobody can fathom someone actually beating Lewis throughout the entire season on points. So, the money would still have to go to Lewis.

“But Max Verstappen, in particular, is as close as ever before in pre-season in terms of the odds to beat Lewis to the championship.

“I don’t think anyone’s been that close for many, many years.” 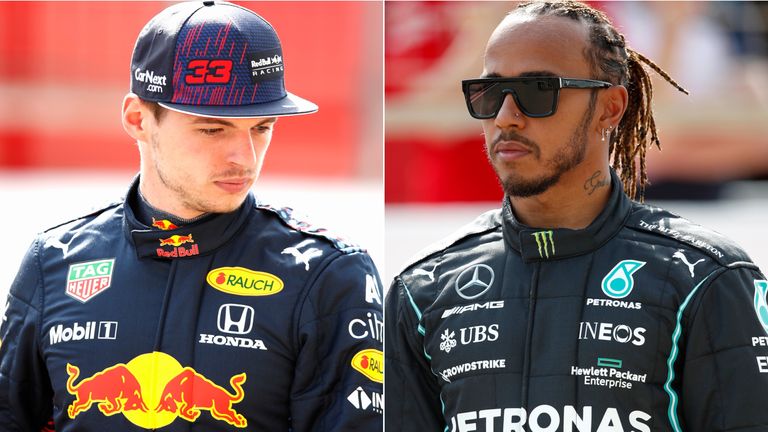 Can Red Bull really take the fight to Mercedes?

The prospect of the 36-year-old Hamilton, F1’s most successful-ever driver, finally going up against the 23-year-old Verstappen in a head-to-head title fight has been heightened by Red Bull’s pace-setting form in pre-season testing last week.

Mercedes have said that they believe Red Bull are ahead of them on the eve of next week’s season-opener and that their rivals are “the class act” at the start of F1 2021.

“It’s exactly what we want, to have Lewis up against Max. They are both extraordinary drivers,” said Button, the 2009 champion. “Bahrain is an unusual circuit and it was very windy but if the downforce is working at high yaw that is fantastic because that was a real weakness for Red Bull in 2020. So, if they have that around Bahrain it’s going to work everywhere. It’s really exciting. Max, as always, is giving it his all, is at the top of his game, and I think he’s really going to take the fight to Lewis.

“Team-mates fighting for a championship is great but when it’s drivers from different teams, it’s the best. It’s exactly what Formula 1 needs right now.”

Karun Chandhok, who was trackside during testing, said: “By the time we got to the end of testing the Mercedes started to look more like the Mercedes we know.

“They are a very high-quality operation and haven’t forgotten how to build a good car. But what is clear that for the first time since 2013, Red Bull will head to the first Grand Prix being a genuine contender for wins.

“That doesn’t mean they are going to win it and they’re the dominant force but it at least means they are in the fight. And that’s what we want: we want the championship battle to go from round one until the final round between two teams.”

We’ve got the latest stories and talking points at every team covered as the Sky F1 team – plus special guests – look ahead to a record-breaking 23-race season which begins next Friday in Bahrain.

If you’re a Sky Sports F1 subscriber, head over to the channel at 7.30pm to watch the two-hour show.

But even if you don’t have Sky F1, if you’re in the UK and Ireland then you can tune in for free at the same time via streaming on our YouTube channel and here on skysports.com.

The first 30 minutes of the programme will also air on Sky Sports News and Main Event.