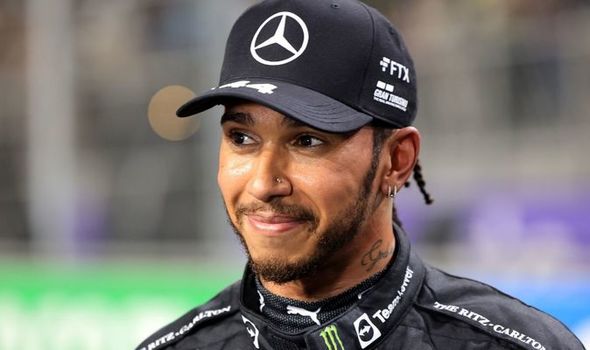 Mercedes driver Lewis Hamilton says he’s wary of his “rapid” title rival Max Verstappen in Saudi Arabia, despite the Dutchman crashing into the wall in the final few moments of qualifying. On his last flying lap, Verstappen lit up the timing screens with two purple sectors, before locking up and hitting the rear of his Red Bull into the wall, with Hamilton on pole and Valtteri Bottas starting second ahead of him.

After setting provisional pole, Hamilton was on his final run when Verstappen crashed at the high-speed Jeddah street circuit, throwing away his chance to start ahead of his rival.

For Hamilton, it was a crucial pole position as championship leader Verstappen has the chance to wrap up the title at the 27-corner circuit, if he finishes 18 points ahead of the Briton on Sunday.

Speaking directly after the qualifying session, Hamilton said: “What a tough track, this is incredibly technical, it’s amazing what they built here, track-wise.

“The speed and the pace around here is is phenomenal.

“For us to get a one-two, I’m really proud of Valtteri [Bottas] and everyone on the team, this is a great result. The men and the women in our team have just been working so hard.

“This was the goal. We’ve worked so hard through simulation, through set-up, the collaboration has just been epic with Valtteri, he’s the best team-mate there has ever been in the sport.

“And we’ve worked together to work in the setup, to get the car to where it needs to be.

“Those guys [Red Bull] were just so fast. That Bull around this track is something else, but given where we are and what we managed to pull out with what we have.

After setting the pace on Saturday during FP3, Red Bull have looked strong all weekend, with Verstappen on a lap two-tenths faster than Hamilton’s when he crashed out.

When asked if their speed was a concern, Hamilton added: “For sure, we always get closer in the race pace, I think my long run was good yesterday, but they’ve obviously fixed something, whatever set up yesterday and they are rapid today.

“So I anticipate there’ll be a close battle through tomorrow, but Valtteri and I will do our very best.”

“In general it was a good qualifying, I knew the pace was there and it showed at the end. I don’t really understand what happened but I locked up, I still tried to keep the car on track and keep going but clipped the rear and had to stop.

“P3 is of course a bit disappointing knowing what lap I was on. But nevertheless, it shows that the car is quick and let’s see what we can do at the end of the race.”