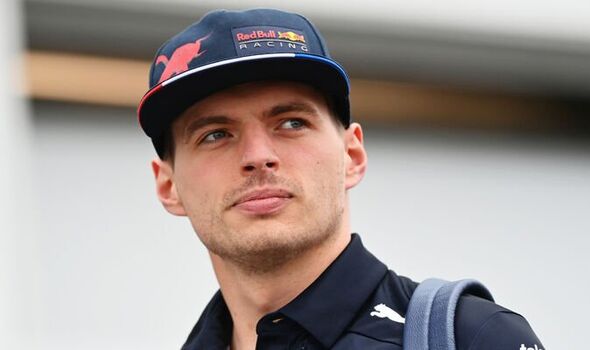 Max Verstappen has taken a dig at Mercedes after the FIA issued a technical directive to address the porpoising issues that have impeded some F1 teams this season. Verstappen currently leads the F1 Drivers’ Championship standings after winning five of the opening eight races but rival Lewis Hamilton’s hopes of fighting the Dutchman again this year have been blocked by Mercedes’ issues with their bouncing car.

F1 teams were forced to redesign their cars over the winter amid a whole host of rule changes ahead of the current season. But some teams have been unable to overcome their porpoising problems as cars have bounced up and down during races.

Mercedes have suffered particularly badly, with Hamilton struggling with severe back pain after last weekend’s Azerbaijan Grand Prix. But Red Bull have not been affected by porpoising. And Verstappen has claimed the Silver Arrows have been “complaining a lot” and admits he isn’t happy that the FIA have felt the need to step in.

“I think it’s a bit disappointing that again there is a rule change mid-season, I would say,” Verstappen said ahead of this weekend’s Canadian Grand Prix. “It’s not even about affecting us more or less than other teams – but it shouldn’t be that one team is complaining a lot and suddenly then they change the regs around it.

“I think there are a lot of teams that actually did an amazing job to not have these kind of issues, so it is possible to drive around it. If you raise your car then you won’t have these issues, but you lose performance. But if you can’t design the car properly for that then that’s your fault, it’s not the regs’ fault. For me that is a bit of a shame.

“Of course every track is different, too, but I think it’s a bit of a shame to change it mid-season and clearly teams have shown you can drive normally, or at least with a lot less issues than some other teams.”

Last season, Verstappen was locked in a tussle with Hamilton as both drivers battled to land the F1 title, with the Dutchman eventually coming out on top after winning the final Grand Prix of the season in Abu Dhabi. But Hamilton has been unable to rival Verstappen this year, with the Briton occupying a lowly sixth position in the overall standings.

And Red Bull chief Christian Horner has already criticised the Mercedes team for overplaying their porpoising problems. “Look, it is uncomfortable but there are remedies to that but it is detrimental to the car performance,” Horner said after the Azerbaijan Grand Prix. “What is the easiest thing to do? Complain from a safety point of view – but each team has a choice.”

F1 2021: The numbers behind the results as Max Verstappen, Lewis Hamilton and Lando Norris star