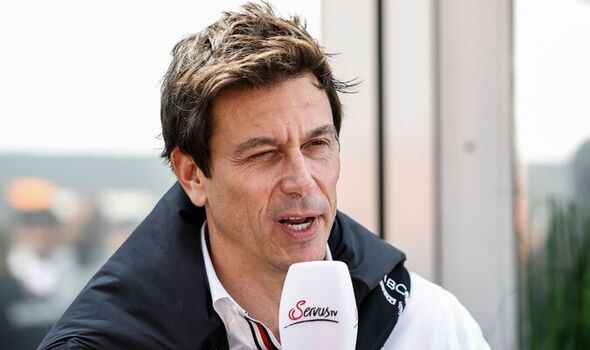 Toto Wolff has doubled down on desire to help Mick Schumacher by vowing to look into the prospect of handing him a reserve role with Mercedes should he fail to land the final spot on the grid with Williams. It’s been a difficult week for the German after he was told he would be replaced by Nico Hulkenberg for the 2023 campaign following a disappointing season that has presented numerous challenges along the way.

But Wolff has shown compassion for the family name that means so much to Mercedes as he detailed his interest in aiding Schumacher’s search for a new role earlier this week.

Now he has followed up those claims to show he is serious about potentially exploring a reserve role for Schumacher with the Silver Arrows – although he pointed out that it should not be the driver’s priority.

“He fits well with the star. I think he deserves a place in Formula 1. We have to see if we can do something, but his priority is to be on the grid. That hasn’t happened yet, but I think it’s one spot left [Williams].

Wolff believes a reserve role is the perfect opportunity to learn, one that Schumacher could use to improve ahead of a potential return to action in 2024.

He added: “We have seen it before with drivers who took a gap year. There are also testing opportunities and you work together with engineers. It is a completely different kind of effort than what he is used to. You then form a different view of things and you build up a lot of experience.”

Schumacher’s uncle Ralf is in agreement, the former F1 driver said: “That would be a great solution for Mick. He could learn so much in a team like that.

“Drivers like Alex Albon have shown that after a year off, you can come back to Formula 1 with a fresh perspective and more experience.”

Taking to social media on Thursday, Schumacher detailed his disappointment at Haas’ decision as he prepares to embark on his final race with his current team in the season finale in Abu Dhabi.

“This will be my last race for Haas,” Schumacher declared in a brief statement. “I will not hide the fact that I am deeply disappointed by the decision not to renew my contract. Despite that, I would like to thank Haas and Ferrari for this opportunity.

“The years together have helped me mature and also grow technically. Especially in the difficult moments I realised how much I love this sport.”

Haas team boss Gunther Steiner had also shown interest in Daniel Ricciardo, who has now signed with Red Bull as their third driver for 2023.

Steiner revealed there had been no talks between the pair, however, with Ricciardo now conceding that Abu Dhabi could be his final race in F1.

Now Haas plan to familiarise new signing Hulkenberg with his new surroundings immediately after the race in Abu Dhabi following the conclusion of the 2022 season.

“Nico will be driving the car on Tuesday,” Steiner ruled when discussing the changes to Haas’ line-up.

“On Sunday we plan to do a seat fit. This is the perfect opportunity for Nico to get to know our car and work with the telemetry.”

'Could have f*****g killed myself!' – Gasly nearly crashes into recovery tractor