Nico Rosberg has claimed that Lewis Hamilton uses his Mercedes team-mate George Russell as motivation as he bids to claim his first win of the season at the French Grand Prix. The 37-year-old sits 19 points behind his fellow Brit in the Drivers’ Championship, and the 2016 world champion believes that Hamilton won’t enjoying being beaten by a team-mate.

“I think he does [use Russell as motivation],” Rosberg told Sky Sports F1. “Especially because he has a young super-fast team-mate beside him. And Lewis never wants to come second to a team-mate. That is just a giant motivation for him, and he showed that yesterday, because his pace was absolutely awesome. It was Lewis at his best, being four tenths faster than George. He is one of the best of the next generation, maybe the best.”

“From everything we have seen this year, George is also definitely a future world champion. What he has extracted from that Mercedes in terms of consistency has been incredible. And also the way he has gone up against Lewis, even in qualifying battles remember it is 6-6, so they are even in terms of qualifying so far.

“That is really, really impressive. I think George does have the potential to be the next number one driver at Mercedes once Lewis decided to hang up his helmet. So I think for Great Britain there is such an awesome future ahead with Lando Norris and George.” 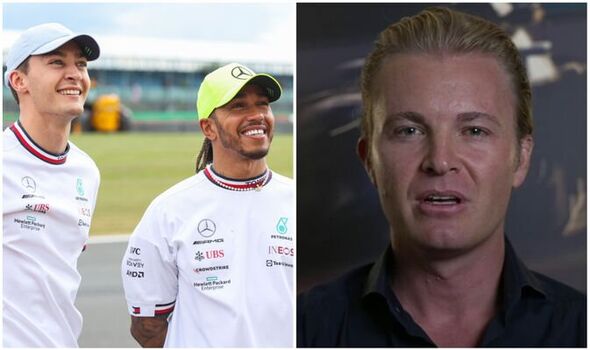 Mercedes chief Toto Wolff has confirmed there have been talks regarding Hamilton’s future, as the seven-time world champion will race in F1 for the 300th time at Paul Ricard. “We talked a few weeks ago about how long a partnership can go and the figure discussed was about five to ten years,” Wolff said. “So I think we can go to 400 [races]. Someone said you have to win the eighth [world title], so why not ten?”

Rosberg believes that Hamilton is relishing the challenge of competing with Russell, and can see him continuing his racing career for several years. “It looks like he’s in a good place still and relishing this new challenge of having George next to him,” Rosberg added. “Because it’s still as important as ever to Lewis to beat his team-mate. He’s still motivated, so I do see him continuing, why not for a couple more years. In terms of performance, look at Fernando Alonso he’s 40 years old and he’s still driving at his very very best.” 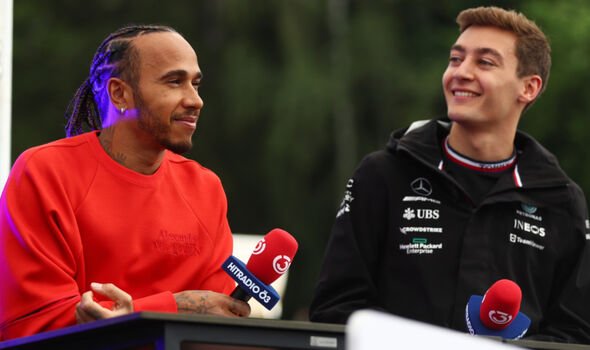 Hamilton and Russell are set to see changes to their car in 2023, after several complaints made by the two throughout the season. Mercedes head of trackside operations Andrew Shovlin admitted that the car will look different to the current design.

“We don’t think that just changing our sidepod will change our competitiveness,” Shovlin said. “We’re certainly not of that mind. Nor are we wedded to saying this is how the Mercedes car must look. From the very early part of the year we’re looking at other teams’ bodywork and certainly with a view to next year, looking up and down the grid to see ideas.

“And it may be that we don’t just take another team’s idea, we’re looking at combinations of different concepts. But it’s a gradual process. I think fundamentally our car isn’t going to change appearance massively this season but I’d be surprised if next year’s car looks the same.”