Ralf Schumacher can see Sebastian Vettel signing a new contract at Ferrari rather than jumping ship for McLaren. Vettel’s future is up in the air with the four-time F1 champion’s current deal set to expire at the end of the 2020 season.

Ferrari have insisted they want to retain his services going forward but have offered him drastically different terms to the ones he’s been used to accepting.

Vettel faces seeing his £35m-a-year wages slashed if he goes along with Ferrari’s proposals, while they only want to tie him down to a 12-month contract.

The former Red Bull driver is said to be unimpressed by the proposed agreement, which would see him earn around the same as team-mate Charles Leclerc.

Schumacher, the younger brother of Ferrari legend Michael, believes Vettel might have a rethink and put pen to paper due to the uncertainty caused by the coronavirus pandemic.

“Last season was of course not quite optimal,” Schumacher told Sky Sport in Germany. “Ferrari is currently going through a difficult phase and of course are trying to optimise everything. 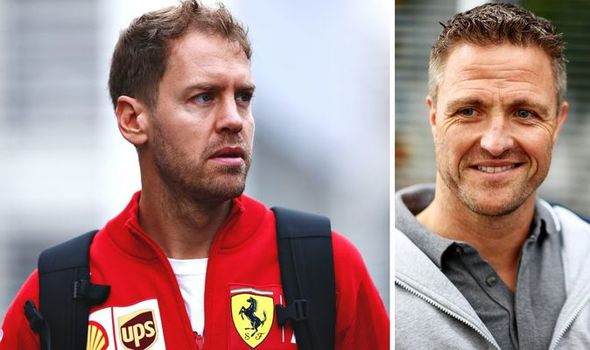 “So I believe that something like that [one-year contract] is possible, especially in these times.”

McLaren have emerged as potential suitors for Vettel, with his former BMW team-mate Andreas Seidl team principal there.

Schumacher admits, however, that there is a gulf between the British team and F1’s leading lights, which include Ferrari.

The former Jordan, Williams and Toyota driver says Vettel should stay put – unless he feels he doesn’t have the support of team principal Mattia Binotto and his staff anymore.

“The question is whether he wants to go for the world championship or does he want to build something new?” Schumacher said.

Sebastian Vettel out, Carlos Sainz in? 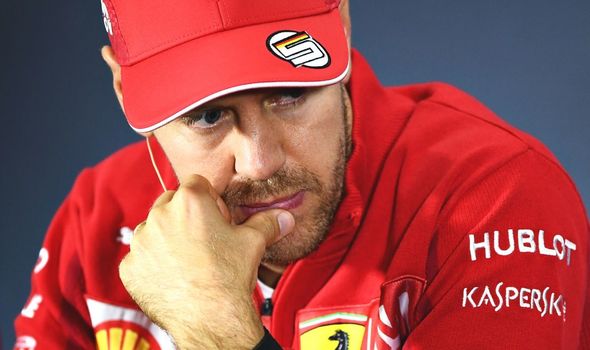 “McLaren is on the right track, so that would be possible, but they are also quite some way away. They also have an imminent change of engine, so it’s difficult.

“I think if he stays [at Ferrari] for a year, he would be in good hands. Of course he has to feel supported by the whole team.

“Once you no longer feel that you are being supported, a driver has to leave that team.”

Speculation over Vettel comes off the back of the 32-year-old having endured his worst season since his final campaign at Red Bull in 2014.