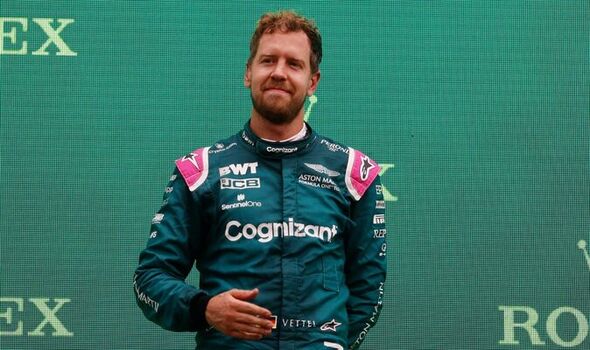 Sebastian Vettel’s start to the 2022 F1 season has been delayed even further with Aston Martin confirming on Friday that Nico Hulkenberg will once again race in his seat this weekend. Aston Martin were leaving it until the latest possible date to confirm whether Vettel would return after testing positive for Covid ahead of the Bahrain Grand Prix last week.

Vettel was isolating at his home in Switzerland during the Bahrain race and needed to record a negative test in order to fly out to Saudi Arabia. Aston Martin announced on Thursday they were delaying the decision to give the four-time world champion “every opportunity to race”.

But with FP1 just hours away, Aston Martin have confirmed that Vettel won’t be able to race this weekend. Hulkenberg will once again deputise for the German driver, but Aston Martin expect Vettel to be back for the Australian Grand Prix next month.

Aston Martin tweeted: “@HulkHulkenberg will practice, qualify and race alongside @lance_stroll. Despite lack of mileage in the #AMR22, Nico coped well in Bahrain and we are sure he will do likewise in Jeddah.

“We expect Sebastian Vettel to be fit for the #AustralianGP.”

F1 legend Nigel Mansell sells ‘Senna car’ for £3.3m despite it having no engine