The world of Formula 1 was stunned on Thursday as Sebastian Vettel confirmed his plans to retire at the end of the 2022 campaign. Aston Martin’s star man was expected to make a change at the end of this term, but fans were surprised all the same to learn his race days would be ending after 16 seasons.

That decision will mean Vettel could conclude his career one appearance short of joining Mercedes star Lewis Hamilton in F1’s ‘300 Club’. Hamilton, 37, holds the joint-record for world championships (seven) and has won more races than any other (103) but became just the sixth driver to celebrate his 300th race start at Sunday’s French Grand Prix.

Four-time world champion Vettel, 35, finished 11th at the Circuit Paul Ricard in what was his 289th overall start. And it’s frustrating the German will sign off on 299 total starts if he were to make the grid in each of this season’s 10 remaining races.

“The decision to retire has been a difficult one for me to take, and I have spent a lot of time thinking about it,” said Vettel via Instagram. “At the end of the year I want to take some more time to reflect on what I will focus on next; it is very clear to me that, being a father, I want to spend more time with my family.” 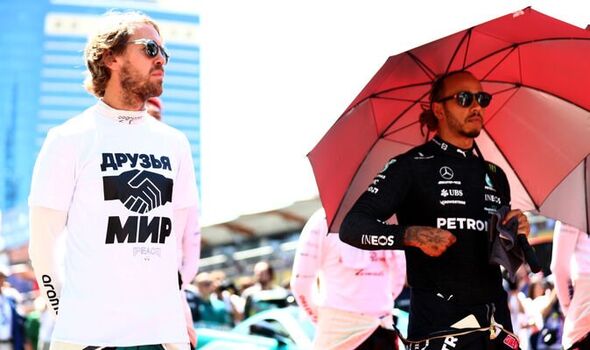 Kimi Raikkonen—who retired in 2021—currently holds the record for race starts after making 349 F1 appearances across two separate stints in the sport. Alpine’s Fernando Alonso sits second on 345 starts, however, and will eclipse that record in the coming weeks provided he and his car stay healthy.

Rubens Barrichello (322), Michael Schumacher and Jenson Button (both 306) are the other members of the 300 Club, while Hamilton will increase his haul before his contract expires in 2023. Vettel is taking his leave of the sport at a younger age than many of those peers, but the former Red Bull and Ferrari talisman has long had goals outside of F1.

“My goals have shifted from winning races and fighting for championships to seeing my children grow, added Vettel in his video announcement ahead of the Hungarian Grand Prix. “Passing on my values, helping them up when they fall, listening to them when they need me, not having to say goodbye, and most importantly, being able to learn from them and let them inspire me.”

Vettel currently sits 14th in the drivers’ standings and is on course to end his career with the lowest finish to date. Hamilton, meanwhile, will hope to become the first driver to record a race victory after surpassing 300 starts.