Sebastian Vettel is set to end F1 fans’ hopes of seeing Lewis Hamilton driving in the famous red of Ferrari. The German has revealed it’s likely his future will be finalised before the first race of the 2020 season, which has been thrown into chaos by the coronavirus pandemic.

Vettel has less than 12 months to run on the three-year deal he agreed ahead of the 2018 F1 campaign but team principal Mattia Binotto is eager for him to stick around.

And it looks as though he might be about to end any chance of Hamilton swapping Mercedes for Ferrari by putting pen to paper on fresh terms.

“It depends when we will have the first race,” Vettel said, when asked during a conference call if his future will be sorted out before the start of the season.

“There is a high chance we will have to make a decision before there will be the first race because at the moment it looks like there will be no race before June or even July.

“The main priority at first was to ensure that we’re all dealing with the situation in the right way. 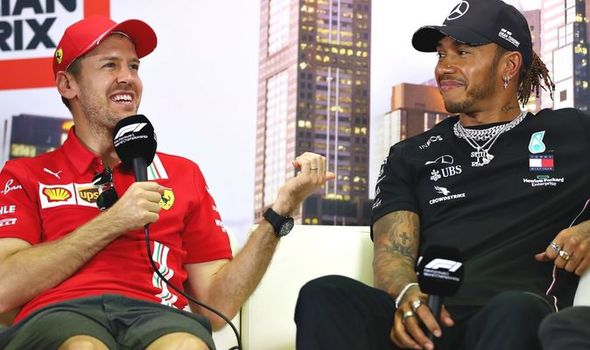 “Therefore, everything was put on hold and I can imagine that’s the same everywhere else and it was the same for us.

“It’s not like a couple of days after Australia we said: ‘right now [we’ll talk]. We will make progress’.”

At 32, Vettel is the fourth oldest driver on the grid behind fellow seasoned veterans Kimi Raikkonen, Hamilton and Romain Grosjean.

His long-time friend and former F1 supremo Bernie Ecclestone has been among the voices suggesting he should consider retirement after struggling to recapture his best form at Ferrari.

Vettel, though, is confident he has plenty more left in the tank despite his title-drought stretching back to 2013.

Sebastian Vettel out, Carlos Sainz in? 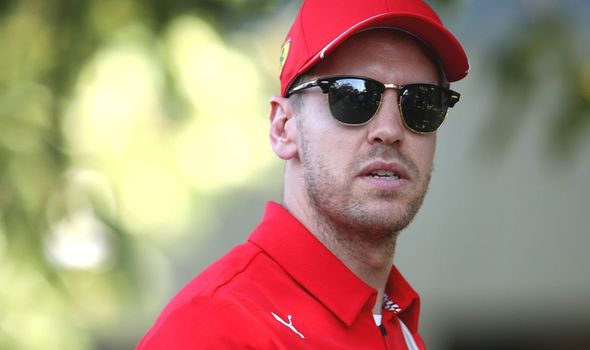 “Whatever the deal will be like, it will be whatever I and the team will be comfortable with,” Vettel said.

“So in terms of duration I don’t know. Normally the contracts I’ve had in the past were all three-year deals.

“I know I’m one of the more experienced drivers in Formula 1 but I’m not the oldest and I don’t think there’s an age limit in this regard.”

Vettel has been forced to watch on as his long-time rival Hamilton has won five of the past six World Drivers’ Championship titles with Mercedes.

And, due to the coronavirus pandemic, the Austrian Grand Prix on July 5 now looks to be the earliest point at which he will be able to start his quest to end the 35-year-old’s reign as the king of F1.