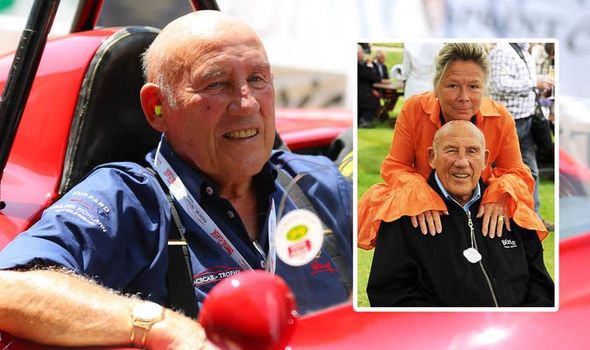 Sir Stirling Moss died in the early hours of Easter morning, at the age of 90, his family confirmed today. His wife said: “He died as he lived, looking wonderful. He simply tired in the end and he just closed his beautiful eyes and that was that.”

How did Stirling Moss die?

The racing legend died after a long illness.

He was nursed by Lady Moss at their Mayfair home.

In December 2016, it was announced Moss had been taken ill and admitted to hospital in Singapore with a serious chest infection.

He spent 134 days in hospital following his admission and he announced his retirement from public life in January 2018.

A statement from his son at the time said Moss had made the decision because of his “slow recovery” from health problems.

He planned to “spend more time with each other and the rest of the family”, the statement added.

Moss is widely regarded as one of the greatest Formula 1 drivers of all time.

The British icon won 16 of the 66 Grand Prix in which he competed from 1951 to 1966, with one of his greatest victories being the 1961 Monaco Grand Prix, when he won in a Lotus against competitors insignificantly faster Ferraris.

He was also was the first British F1 driver to win his home race and won a total of 212 races of the 529 events he entered  across his career.

Moss was forced to retire from the sport in 1962 after a crash at Goodwood, which left him in a coma for a month.

The crash also left him partially paralysed for six months.

F1 Italian GP LIVE: Follow all the action as Hamilton starts on pole