Toto Wolff has refuted claims that Mercedes could be ‘cornered’ in talks over a £120million new deal for Lewis Hamilton. The British driver can seal a record-equalling seventh world title in this weekend’s Turkish Grand Prix, but his F1 future is still uncertain.

Hamilton’s current deal is set to expire next month, and he is reported to be seeking £40m-per-year to stay with Mercedes over the next three years.

The 35-year-old has also admitted he could quit the sport at the end of this season – by which time he is expected to have matched Michael Schumacher’s all-time record seven championship titles.

However, contract talks are expected to gather pace once the drivers’ championship is secure, and Hamilton is understood to be open to signing a new deal with Mercedes.

And team boss Wolff says it is not a case of the world champion holding all the cards, insisting that Hamilton wants Mercedes as much as they want him. 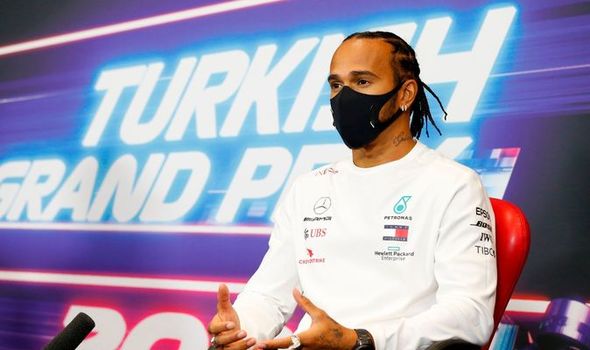 “It’s a good dependence on each other,” said Wolff, in quotes reported by Mail Online.

“We would like him in the car and I think he wants to drive the Mercedes – because it’s competitive. So, no, I think there is a good balance.”

Mercedes secured a seventh constuctors’ championship two weeks ago, and Hamilton will wrap up the race for the drivers’ title on Sunday if he team-mate Valtteri Bottas falls short of outscoring him by eight points.

And Wolff insists both parties are relaxed about the situation, with the focus currently on competing.

“I don’t want to drop a date here because, if I do, everybody’s going to ask at every single race,” Wolff added.

“But this is what we agreed. I think it was important to make sure that we have both titles secured and then have a more relaxed approach to the discussion about the future.”

It has been reported that the sport will limit pay packets to £22m-per-year from 2023.

But Hamilton’s £40m-per-year package will be honoured as long as it is signed before the new rules come into force.