Valtteri Bottas plans to make an early move to get the better of Lewis Hamilton and Max Verstappen at Sunday’s Spanish Grand Prix. The Finn qualified in second at the Circuit de Catalunya as Mercedes secured their 68th front-row lock out in F1.

Bottas is desperate to make the most of that starting position as he looks to secure his second win of the 2020 campaign.

The 30-year-old wants to take advantage of the 600m run down to the first corner to get his nose in front – just as Hamilton did last season.

“Looking to tomorrow, my long runs have been competitive but the person at the front always has the best chance, so that long run down to Turn 1 at the start will be my best opportunity and I’ll try to get there first,” said Bottas.

“The Red Bull looked very strong in the long runs, so I’m sure they’ll be quick tomorrow as well.” 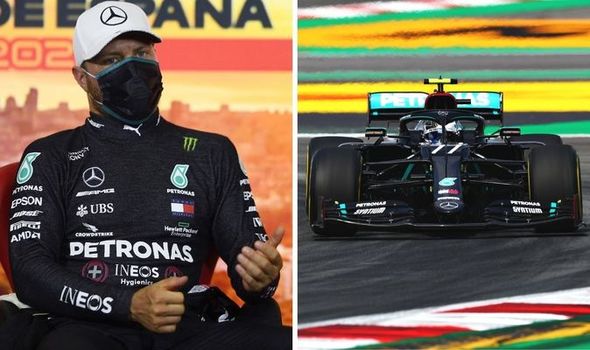 Bottas looked set to pip Hamilton to pole on Saturday, only to go slower through the final sector on his second flying lap in Q3.

The former Williams driver knows he needs to pick up the pace in that part of the track after being edged out by the Brit.

“I knew it was going to be close with Lewis, but he did a really nice and clean lap on that first run in Q3,” said Bottas.

“Particularly in sector three, where I’ve been struggling a bit all through today. The balance of the car wasn’t quite right for me in that sector, but it kept getting better and better through qualifying.

“In the end, it just wasn’t quite good enough, which is a little annoying. Lewis did a good job and it’s been another really strong performance as a team that we can be proud of.” 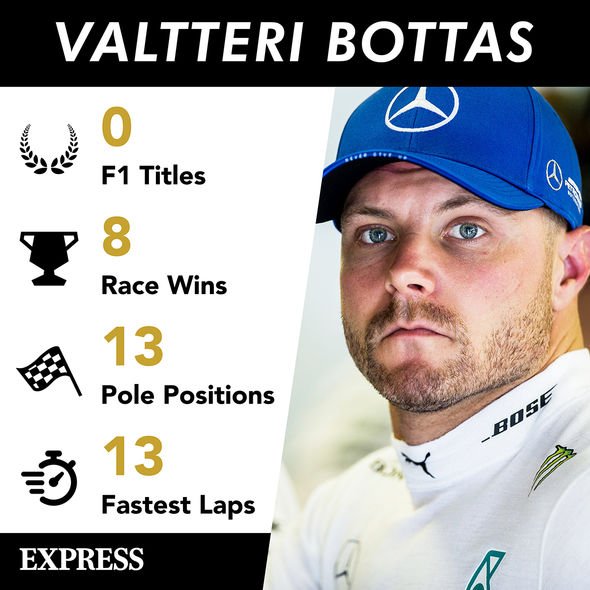 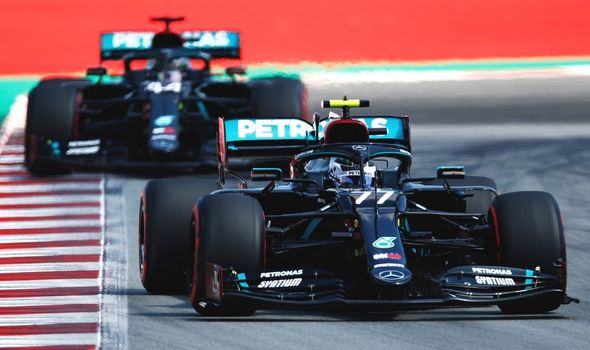 Bottas and Hamilton started first and second respectively at last Sunday’s 70th Anniversary Grand Prix, only for Verstappen to come out on top.

“It’s expected to be as hot here as it was at Silverstone last weekend, and we saw what happened there – the Red Bull was clearly the fastest in race trim,” said Wolff.

“Looking at the long runs on Friday, they’re expected to be the benchmark tomorrow, so we need to have a clever race, manage it from the front, knowing the quickest car on track will likely be behind us with Verstappen.

“We’ll be pushing hard to get the most points we can and take the win, but if that’s not possible then it will be focusing on the best damage limitation in these tricky conditions.”