Sebastian Vettel was given a warm send off into retirement by his fellow Formula One colleagues who gave him a guard of honour ahead of the Abu Dhabi Grand Prix.

The four-time world champion announced his retirement from the sport earlier in the season and the season finale at the Yas Marina circuit will bring down the curtain on a glorious career where he has established himself as one of the sport’s great drivers.

Minutes before the action got underway in Abu Dhabi, the drivers stood opposite each other on the grid to form a walkway for the Aston Martin driver to walk down as they applauded him through. 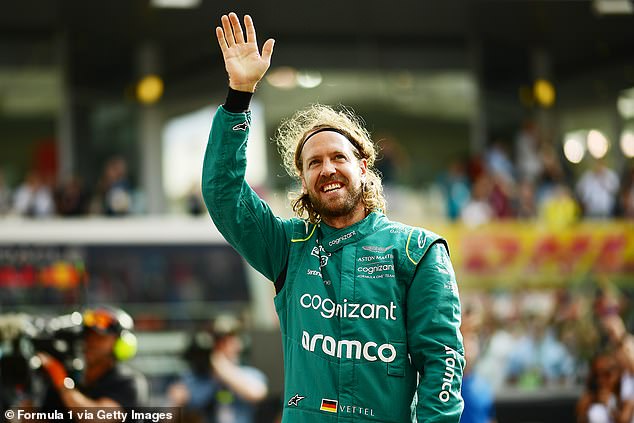 Mercedes star Lewis Hamilton was among them and there was a notable hug between the pair who in 2010, 2017 and 2018 battled fiercely for the world championship.

Supporters in the crowd at the Yas Marina circuit were also showing banners for the German star as were track marshalls, with one sign reading ‘I’m still in denial so I’ll see you in Baharin, thanks Seb’ in reference to next season’s opening race at the Sakhir Circuit.

The popular Vettel was also given a send off by Aston Martin, who stuck a sticker of the driver with his team inside the cockpit of his car reading ‘Thank you Seb’. 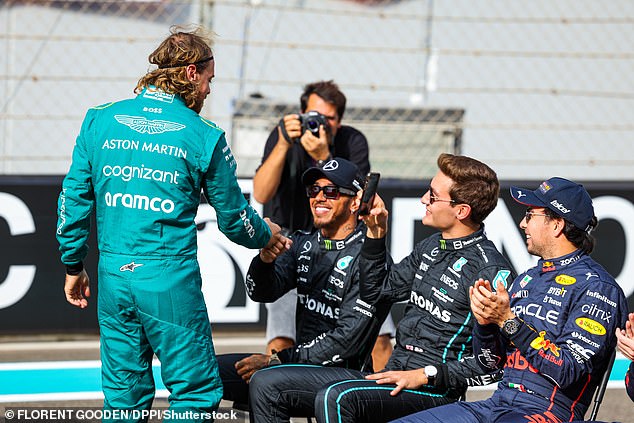 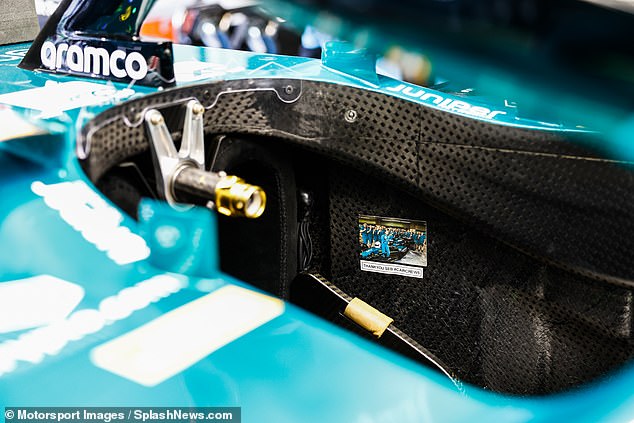 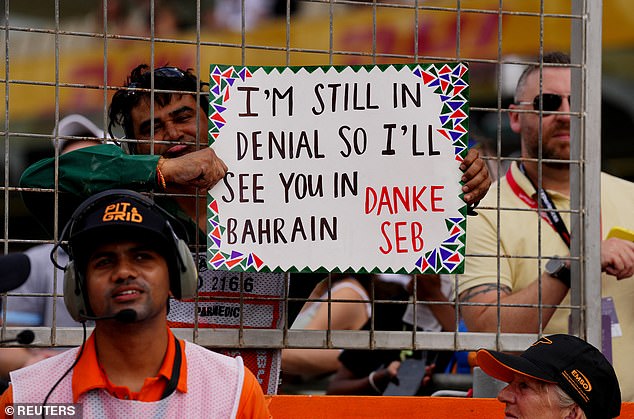 A track marshall posts his farewell to Vettel, still hopeful of seeing him at the season opening grand prix in Bahrain next year

Vettel would have likely enjoyed his F1 farewell, battling with the Alpine’s of Esteban Ocon and another old rival in Fernando Alonso for ninth at the start, before running as high as fourth.

The 35-year-old made his Formula One debut in 2007 for the BMW-Sauber team in the United States at Indianapolis before taking a shock maiden victory with the Toro Rosso team a year later at the Italian Grand Prix. 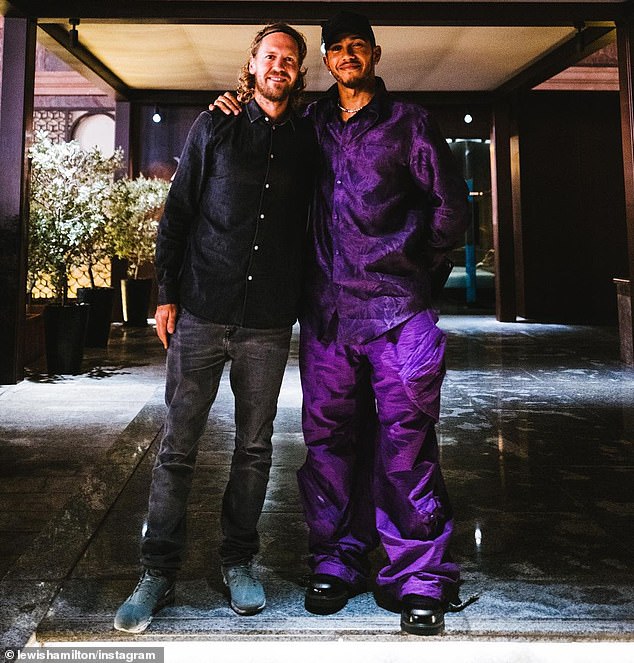 The pair appear to have become closer, with Hamilton organising a meal for Vettel’s retirement 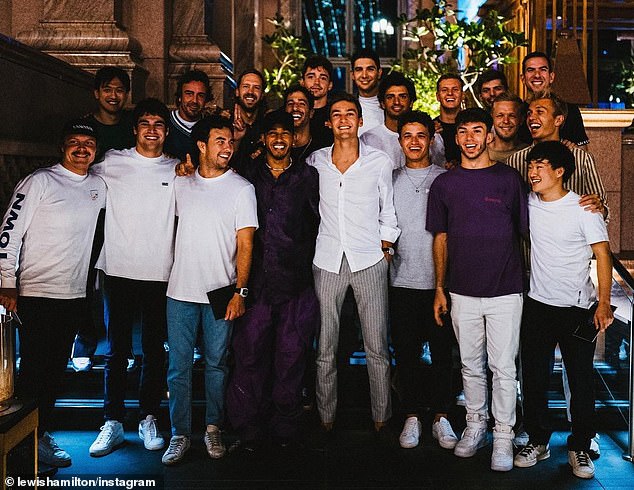 After moving up to the Red Bull team, he took his first world championship in dramatic style at the Abu Dhabi finale in 2010, before winning three more titles in the following seasons.

The German bows out of the sport having made 299 starts, winning 53 grands prix and taking 57 pole positions.

Earlier in the week, Hamilton reportedly arranged a meal and picked up the bill in a dinner with Vettel where all the drivers were also in attendance.

Azerbaijan GP: When to watch the race, qualifying and practice live on Sky Sports F1