Robbie Fox (Sydney) and Tanner Bruhn (GWS) are the medical substitutes for today. 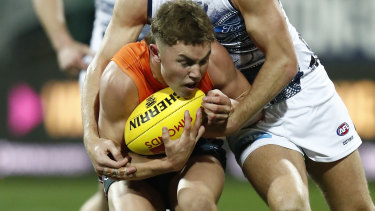 From 0-3 to finals, Cameron is making his mark

If the Amazon film crew were still around this year they would have an entirely different story to tell of Leon Cameron. Click here to read the full story. 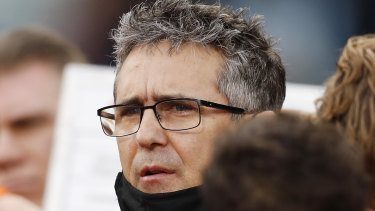 Last time they met: Swans finish all over Giants to claim derby honours

Sydney flicked on the switch and short-circuited the Giants to continue their charge to the top four with victory in an action-packed Sydney Derby at Metricon Stadium on the Gold Coast.

In a match of wild momentum swings, the Swans came back from 35 points down to land a hammer blow on the Giants’ finals chances with a 15.8 (98) to 11.6 (72) win that keeps them in sixth place but only a game behind Port Adelaide in fourth.

After giving up seven goals in a row in the first and second terms, the Swans piled on nine in a row either side of half-time to turn what was appearing to be a sobering defeat into a stirring win. 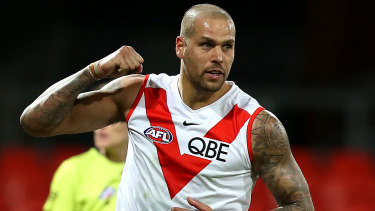 Keep up to date with the best AFL coverage in the country. Sign up to receive our free newsletter on Mondays and Fridays

The honours are even between Sydney and GWS this year.

The Giants drew first blood in round five when they fought back from 21 points down early in the final quarter to snatch a thrilling two-point win at the SCG courtesy of a last-gasp Josh Kelly goal.

The Swans then returned the favour in round 18 when they overturned a six-goal deficit to run out 26-point victors at Metricon Stadium.

Both teams deserve a massive round of applause for the way they have dealt with life on the road for a prolonged period of time.

Neither side has played a game in their home city since June, yet they both found a way to qualify for the finals, which is a huge achievement.

The Swans head into this sudden-death encounter in scintillating form, having won seven of their last eight games, including victories over the Western Bulldogs, GWS and Essendon.

The Giants’ journey to the finals was a little bumpier, with losses to Hawthorn and Gold Coast, as well as a draw with North Melbourne, in the back half of the season. But four wins from their last five matches, including that spectacular against-the-odds victory over the Cats in Geelong, saw them through.

GWS also have a perfect 2-0 record against the Swans in finals, something John Longmire’s side will no doubt be desperate to rectify.

This is the first time Sydney have played in Launceston since their only game at the ground in 2012, which they won by 37 points against Hawthorn.

The Giants have slightly more experience at the venue, having played two matches there, the last of which was a draw with the Hawks in 2017.