Home » Rugby » AFL removes fee for local umpires, but will it help?

The AFL has removed its registration fee for the nation’s 15,000 accredited local umpires in an attempt to encourage more people to take up umpiring.

But while the league has removed its fee of $22 per umpire for a season – merely reducing the total cost of registration for most local umpires – the AFL says it is too soon to say if this has encouraged more people, including women, to take up umpiring at grassroots level, where there is a major shortage.

The removal of the AFL portion of the registration or affiliation fee has cost the AFL $380,000, but the bulk of umpires at community level – seniors and juniors – still have to pay fees to their local associations. 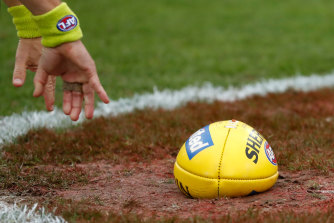 This amount can exceed $100 per season and while umpires are often paid in country and suburban competitions, the registration/accreditation fees were viewed by the AFL as a disincentive to take up umpiring.

“To the extent we can remove costs (for umpires), we have,” said Rob Auld, the AFL’s head of game development, who is responsible for grassroots participation.

Auld said the league removed the $22 per umpire because they wanted to “remove barriers to people umpiring.” He said it was “too early to say” whether the reduced fees would see more people taking up umpiring.

The AFL’s attempt to encourage more people to umpire locally has seen it crack down on dissent from players – a move criticised in some quarters as excessive, given the number of 50-metre penalties handed out for players expressing frustration. But the league’s view is that this is necessary to set an example, citing the “trickle down effect” that they say has already been evident for umpires in junior and senior football at community level.

But senior AFL figures acknowledge that the major issue for umpires is abuse by spectators, especially at local level.

The league also had to apologise for the sexist and inappropriate treatment of female umpires, as outlined in a report by Sydney University that became public this week.

The AFL’s view is that the umpire shortage – estimated at 6000 nationally – is due in large part to the need for more umpires caused by the growth in participation for women and girls.

The participation rates for boys aged 10-18 have reduced by 11.7 percent in NSW and just under six percent in Victoria this year – a loss of players that the AFL mainly attributed to the impact of COVID-19 upon young people playing sport.

The AFL says that the floods earlier this year had hurt the participation in junior footy in NSW.

The number of girls playing the game in NSW and Victoria remained about the same as the previous year, according to Auld.