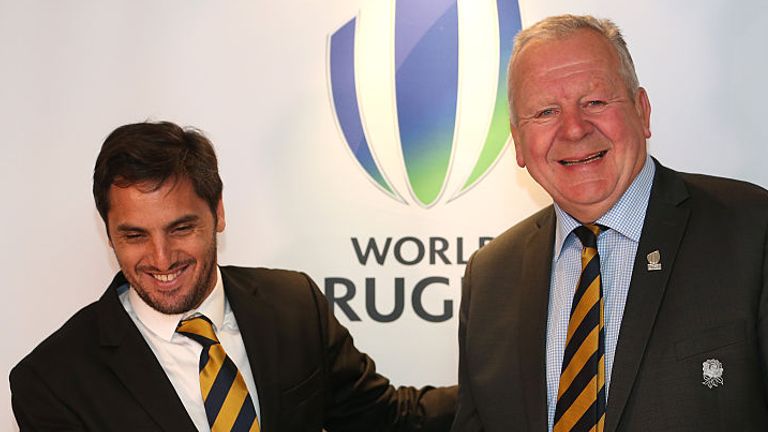 Agustin Pichot will run against incumbent Bill Beaumont for the top job in World Rugby this month, the former Argentina international has announced.

Pichot, who won 71 caps for the Pumas and has served as a World Rugby vice-chairman under former England skipper Beaumont for the last four years, promised radical change if he was elected chairman.

“It is a critical time and a critical election,” the 45-year-old said in a statement. “The current crisis is an opportunity for the global realignment of our game. We cannot miss it.

“It is time to align our global calendar and our strategic intent to attract the sustainable investment we need, or risk falling back to individual handouts or grants in the absence of a long-term vision for a global game.”

Beaumont had already announced his intention to seek another four-year term and his re-election at the World Rugby board meeting in May had been expected to be a formality.

If elected, Pichot would be the first chairman from outside Europe’s Six Nations and his candidature is likely to appeal most to those unions in the southern hemisphere or outside the traditional heartlands of the game.

Team of the season: Our stand-out XIII from Super League and the NRL in 2020

Premiership players furious after being overlooked in salary cap talks