‘He’s one of the rare characters and rare leaders that the game needs’: All Blacks legend Dan Carter heaps praise on Owen Farrell with the England player set to win his 100th cap against New Zealand

Dan Carter has been travelling the world recently, rubbing shoulders with Prince Harry in the USA, and his next stop is Twickenham to welcome Owen Farrell into rugby’s royal century club.

Farrell is primed to win his 100th England cap against the All Blacks on Saturday, becoming the third male player to reach the landmark after Jason Leonard and Ben Youngs.

The England captain has divided opinion throughout his career, but iconic Kiwi No 10 Carter delivered a glowing tribute on the eve of his career milestone. 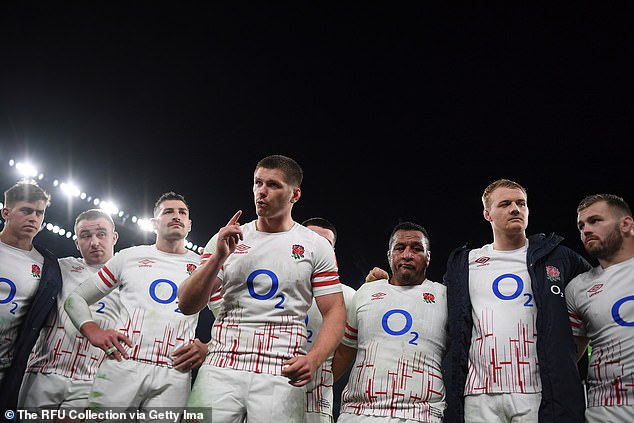 ‘What Owen Farrell’s contributed to English rugby has been immense,’ Carter told the Mail on Sunday. ‘I played against him at international and club level and he drives the teams he plays for. He demands excellence and to sustain that for 100 caps is an incredible.

‘People have their different views of him and his style of play, but the game will miss him when he finishes playing. I always remember him setting the tone with his body language against the haka in 2019. He’s one of the rare characters and rare leaders that the game needs. I think he’ll get a lot more respect when he finishes the game. He’ll go onto beat my points scoring record and then he can retire after that!’

After retiring from rugby last year, Carter received a message from Prince Harry to congratulate him on his glowing career. ‘He wrote me a beautiful email,’ said Carter. ‘He loves his footy and has some good banter. We first met back in 2003 and he often brings that up!’

Farrell has never emulated his 2003 predecessors by winning the World Cup, but Carter believes England should persist with his combination with Marcus Smith ahead of next year’s tournament.

‘England had George Ford at 10 and Farrell at 12 for a long time, so having two play-makers is nothing new,’ said Carter. ‘You just need a big, strong ball carrying centre if that’s going to be your 10-12 combination. We had a similar thing with myself and Aaron Mauger. We needed a Ma’a Nonu or a Tana Umaga at 13. Manu Tuilagi is a big boy, isn’t he? I remember him steamrolling me at Twickenham! 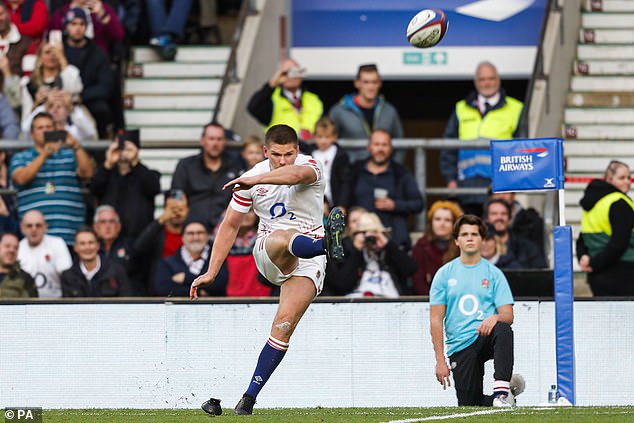 ‘Owen’s played enough test matches now to slot in at 10 or 12. The big thing is you’ve got an in-form Marcus Smith who Is a real talent and you can’t afford to leave out. Marcus is only going to get better the longer he plays. It’s a good problem to have. Owen can allow Marcus to go out there and play without feeling too much responsibility. The more often they play together in pressure situations, the more the trust in that combination will build.’

Like England, the All Blacks have been slow to build new combinations since the 2019 World Cup. Their campaign has been blighted by inconsistency – losing 40% of their Tests in 2022 so far – and Carter believes Saturday’s meeting at Twickenham will offer a reflection of their progress.

‘They’re building,’ he said. ‘They’ll be frustrated with their inconsistency this year. They’ve shown on numerous occasions this year that they’re world class when they get things right. When the team has played well is when the forwards have stepped up, and the Welsh game was a perfect example of that. It changes the game if you can give front foot ball to Aaron Smith and Richie Mo’unga. It’s just that consistency is not what we know and love.

‘They’ve made a couple of adjustments to the assistant coaching group. Joe Schmidt has brought some real discipline in attack and they’ve brought in a couple of younger forwards who have really stepped up. We know what the backline are capable of so it’s just a case of setting that platform up front and dominating physically.

‘The beauty of a tour like this is the time they get together to build those combinations. It’s been a tough year. England are in s similar situation with their consistency. Twickenham is certainly one they’ll target, and if Farrell wins his 100th cap it will bring a little bit more edge to what is already a blockbusting Test match.’ 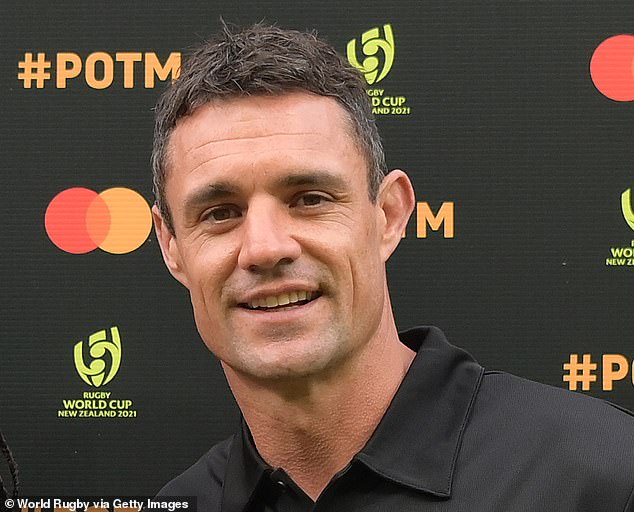 He has really come in and directed things. He was on the bench at the start of the season but he’s taken his opportunities and almost cemented that 10 jersey. It’s a joy to have that much quality with Beuady. Richie really reads a game well and he’s a clear, concise decision maker. 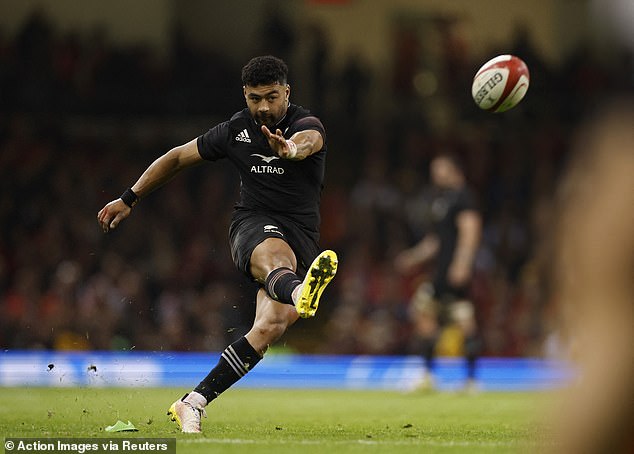 With his big brother Julian, they’re a very blessed family. They have flair, power, speed and an ability to beat defenders. It’s X factor. Ardie’s really led the loose forward trio. Some of his performances have been inspirational. You wouldn’t see Jules in and around so many rucks!

Started out on the wing but he’s had a fantastic year at centre, almost nailing his spot in the midfield. He’s quick and strong so he can really open up a game. If the pack provide a good platform then he can really set the game alight.

‘That is a form of systemic racism’: Buckley admits he was dismissive of Lumumba