Bath 31-20 Gloucester: England star Joe Cokanasiga back with a bang as hosts stage astonishing late comeback in local derby to go second in the Premiership

Joe Cokanasiga marked the end of his year-long injury ordeal with a trademark act of brilliance as Bath staged an astonishing comeback to maintain their title challenge.

Stuart Hooper’s side were 20-3 down with an hour gone and their hopes of reaching the Premiership play-offs appeared to be ebbing away.

But Bath turned the tables on their West Country rivals with a four-try blitz led by their front-rowers and capped by giant England wing Cokanasiga’s eye-catching assist, which earned a bonus point and lifted them to second place in the table. 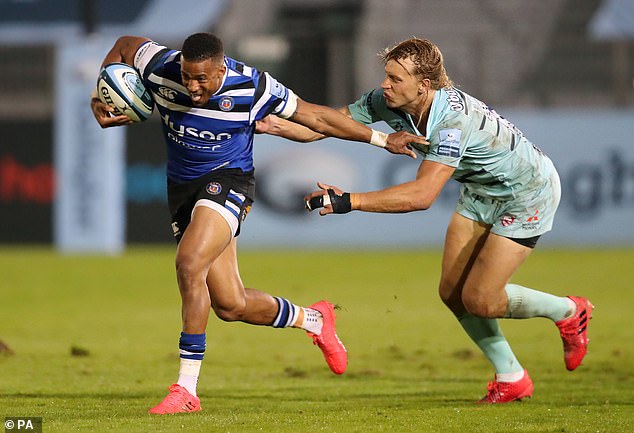 Tries by Chris Harris and Matt Banahan, along with Billy Twelvetrees’ goal-kicking, had left Bath in the tightest of corners but they still managed to conjure their seventh victory out of eight games since the season resumption.

It means they will go to Saracens on October 4 knowing that their fate is in their hands and a semi-final is there for the taking.

The miraculous revival began in the 61st minute, from a lineout drive on the left, as England hooker Tom Dunn broke down the blindside and blasted over. 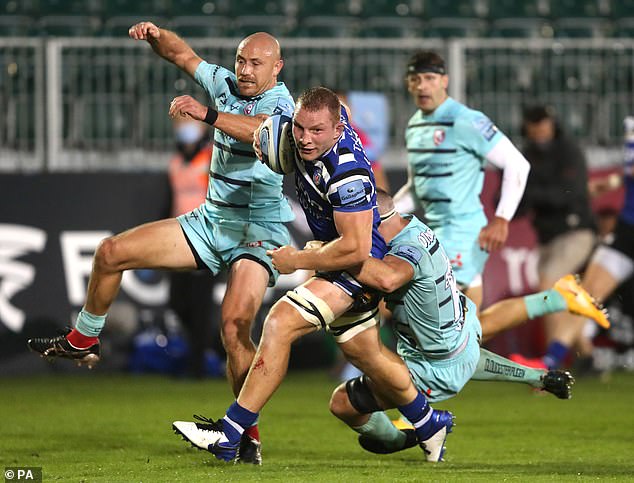 Bath had become an unstoppable force. Seven minutes from time, Anthony Watson ran back a kick impressively and the outstanding Sam Underhill stormed through in midfield before another driving onslaught allowed Lewis Boyce to touch down.

That put Hooper’s men in front and there was a final flourish as Cokanasiga — on his first appearance since the World Cup, having recovered from a serious knee injury — swerved clear down on the left and his inside pass freed Ben Spencer to deliver the bonus-point try.

‘That step was box-office,’ said Hooper, of his returning replacement’s contribution. 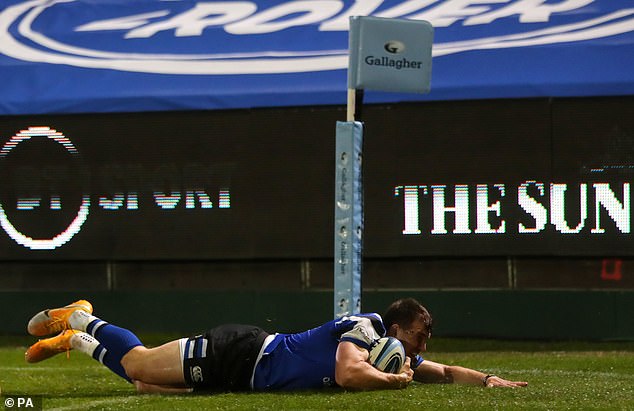