Gallagher Premiership leaders Leicester became the first team since Harlequins in 2011 to win their opening 10 games of a new season thanks to an 84th minute try from replacement back Guy Porter.

This was a Christmas cracker of a Boxing Day fixture, not that it will console Bristol.

Covid-19 has decimated sport across the country, but a bumper crowd of 20,761 were entertained from first minute to last with Porter having the final say.

It looked like a 74th minute penalty from Callum Sheedy would give the Bears victory, but Leicester showed why they are yet to lose this season as they refused to die. 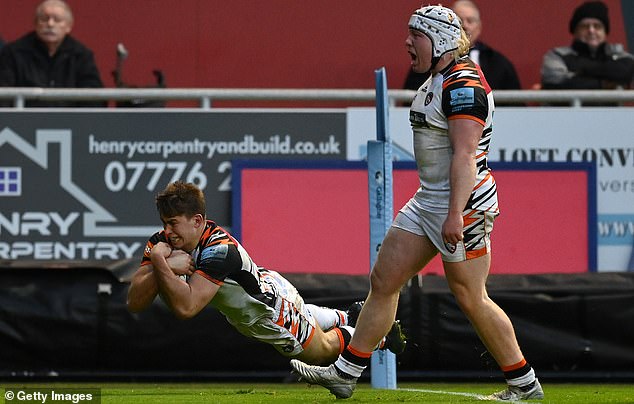 Prompted by the wonderful George Ford, the Tigers came up trumps just when it looked as if they would taste defeat for the first time this term.

The main subplot to this game was England and Leicester captain Ellis Genge’s upcoming switch to Bristol and he and his soon-to-be team-mate Kyle Sinckler engaged in a rip-roaring contest.

Bears and England tighthead Sinckler was often second best in the individual battle, but although he went the 80 minutes, Genge and Leicester won the war.

Bristol had been the last team to beat Leicester prior to the Tigers’ impressive unbeaten run. 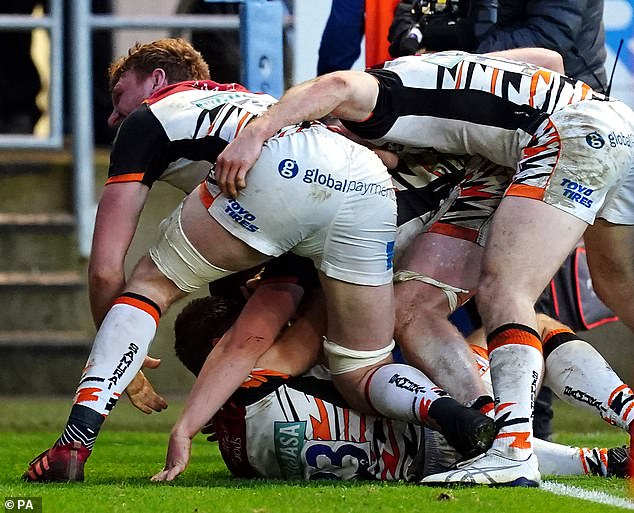 But Pat Lam’s side started poorly, immediately conceding back-to-back penalties from the kick-off to allow Leicester to go straight on the attack.

Genge – cheered by the Bristol crowd when his name was read out before kick-off – brushed off Semi Radradra in typically no-nonsense fashion. Bristol’s early discipline did them no favours.

They also lost Toby Fricker to injury and saw Sheedy kick dead. From the resulting scrum, Leicester won a scrum penalty and Ford opened the scoring.

This was Bristol’s first game since December 3 after both their Heineken Champions Cup games were cancelled by Covid-19. Predictably, there was rust to their game, perhaps summed up best by superstar Fijian centre Radradra spilling the ball in contact on Bristol’s first real attack.

Radradra was making his first start of the season after recovering from a knee injury. He did go over the line for a try which was ruled out for him knocking on after competing with Ben Youngs for a high ball. Leicester had the stronger scrum, initially at least, where Genge and Dan Cole had the better of Sinckler and the Bristol front row. The basics of Leicester’s game were on point.

Half-backs Youngs and Ford were controlling influences, that was until a Leicester attack led by Ford on halfway broke down. Bristol scrum-half Harry Randall picked up and raced clear.

Ioan Lloyd was in support and when the ball was recycled, Fitz Harding crashed over from close range for a try Sheedy improved. Bristol then turned the tide further by winning a scrum penalty with referee Tom Foley pointing the finger at Genge. Sheedy promptly kicked three points.

Leicester’s giant No 8 Marco van Staden had been forced off injured and Sheedy booted another penalty for what many thought would be a 13-3 interval lead. It was not to be.

In scrappy fashion, Ford spread the ball to the left edge and Matias Meroni kicked ahead. The giant Nemani Nadolo showed he has deftness to go with his mighty size to kick ahead, collect, and score.

Ford nailed the conversion after the score was checked to make it 13-10 at the break. 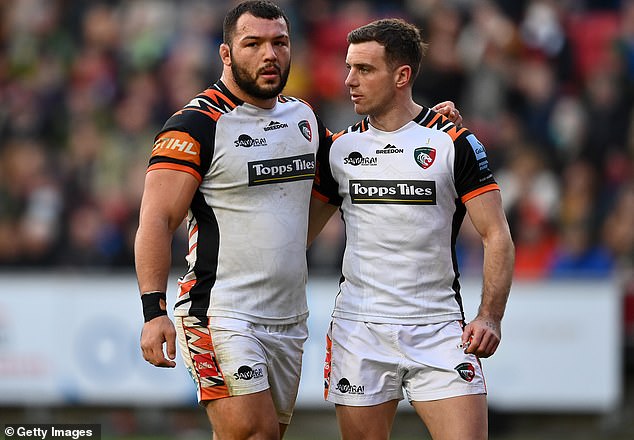 Sheedy and Ford exchanged penalties at the start of the second half to make it abundantly clear this game was going to go down to the wire.

Impressive maul defence from Joe Joyce allowed Bristol to clear the danger after Genge had again got the better of his England team-mate Sinckler at a scrum.

Bristol’s second try came out of nowhere. Leicester were free-kicked at a midfield scrum and the electric Randall took a quick tap.

He found Radradra in support and although he was tackled, Lloyd couldn’t be stopped. Back at the scrum, Sinckler seemed to have a word with Genge as the two squared up to each other. 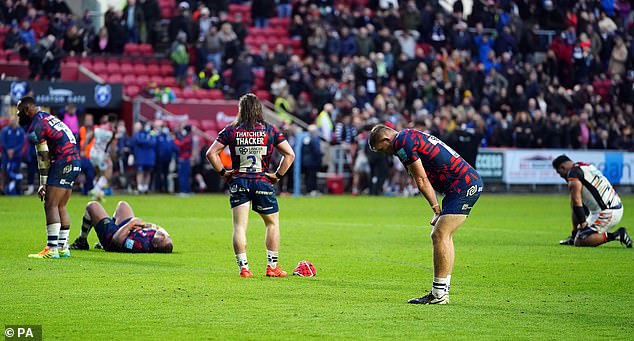 Ford kicked to the corner and an unstoppable Tigers driving maul went over the line. Foley checked the score, but it was rightly awarded to hooker Julian Montoya.

Ford didn’t miss and then tied the game with his third penalty of the day after Leicester won yet another scrum penalty. Genge’s smile as he emerged from the set-piece was wide to say the least.

Sheedy missed with a difficult penalty attempt from wide out, but Bristol were still more than in the contest which was impressive in itself given their lack of recent rugby.

With the game in the balance, Jasper Wiese’s dangerous tackle gave Sheedy the chance to win it, but against all the odds, he kicked wide. Fortunately for the Welshman, he was handed a second chance.

Wiese, whose discipline when under pressure is suspect, then took out Sheedy late and was sent to the sin bin. Bristol fly-half Sheedy was this time on target as he sent Ashton Gate wild.

That looked like it would be the end of the drama. Not so.

Leicester pushed for a draw in added time after Charles Piutau bizarrely tried to a keep a Tigers kick in play. It gave the away side the platform to attack, but Ford refused to go into the pocket for a drop goal even though his team had 14 men.

It looked the wrong decision, but Ford is having a stellar season and he proved to be quite right.

In expert fashion, the Sale-bound fly-half controlled his team’s attack, eventually working a two-on-one down the right.

Porter went over in the corner as Leicester went wild with delight and Bristol’s players fell heartbroken to the floor.

Saint Billings battles on hurt in his free-agency year