Bryan Easson has been appointed head coach of Scotland Women full-time after leading the team on an interim basis for the past few months.

Easson moved up from the role of assistant after former head coach Phillip Doyle was forced to step down in August, unable to fulfil his role due to Covid shielding restrictions.

Scottish Rugby has made his appointment permanent through to the Rugby World Cup in 2025.

“I am honoured and privileged to be appointed Scotland Women head coach,” Easson said.

“I have learned a lot about this group over the past few months, and alongside an excellent management team I look forward to continue to help make improvements both on and off the pitch.”

Easson’s sole game in charge to date was a draw with World Cup finalists France at Scotstoun in October, with subsequent games against Wales and Italy cancelled amid the pandemic. 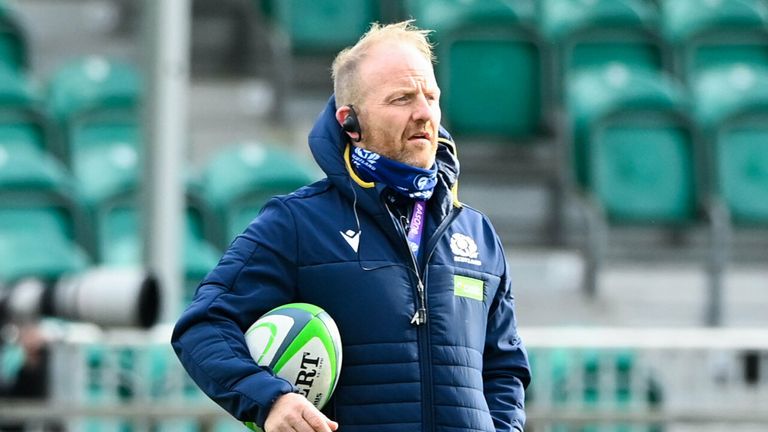 Nevertheless, Scottish Rugby had seen enough in Easson to make the appointment.

“Since stepping in as interim head coach this year Bryan has demonstrated his ability to adapt in extremely difficult circumstances and still deliver development and improvement to the team,” head of girls’ and women’s performance rugby Gemma Fay said.

Scottish Rugby’s Director of Performance Rugby, Jim Mallinder, added: “The appointment of Bryan and the expansion of his role demonstrates the importance Scottish Rugby continues to place on making progress in the women’s game and performance programme.

“Bryan is a highly respected coach and will bring his wider expertise into the Technical Lead role in what is a great opportunity for him, the players and whole performance group committed to the team’s success to have both continuity and growth over the long term.”