Home » Rugby » Can England and Bath prop Will Stuart add to his family legend?

Now be a prop star! His great-grandad was shot down by the Red Baron and went on to be a Hollywood actor, his grandad played rugby with Idi Amin and his dad served in Iraq… can Will Stuart add to his family legend?

What do Idi Amin, the Red Baron and Ron Burgundy have in common? Well, in some form or another, they all have links to England’s up and coming prop, Will Stuart.

It is safe to say that Stuart, 24, will never be short of dinner-party stories. Hitting scrums may seem like an unconventional means of earning a living, but in Stuart’s family it sits fairly low on the scale of alternative career choices.

Let’s start with his grandfather, who lived in Uganda, before Idi Amin launched a brutal dictatorship and killed hundreds of thousands of innocent people. 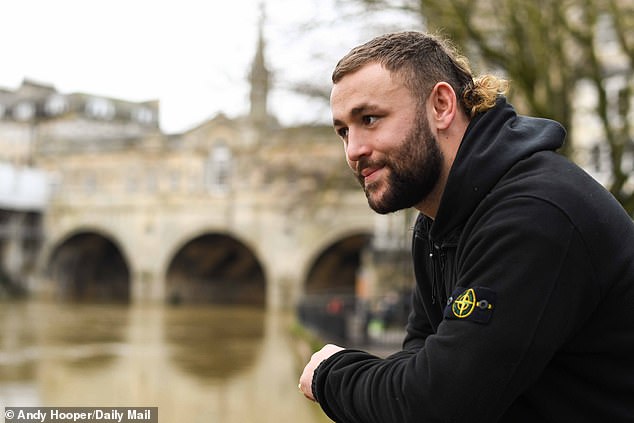 Bath and England’s up and coming prop, Will Stuart, has an interesting family background 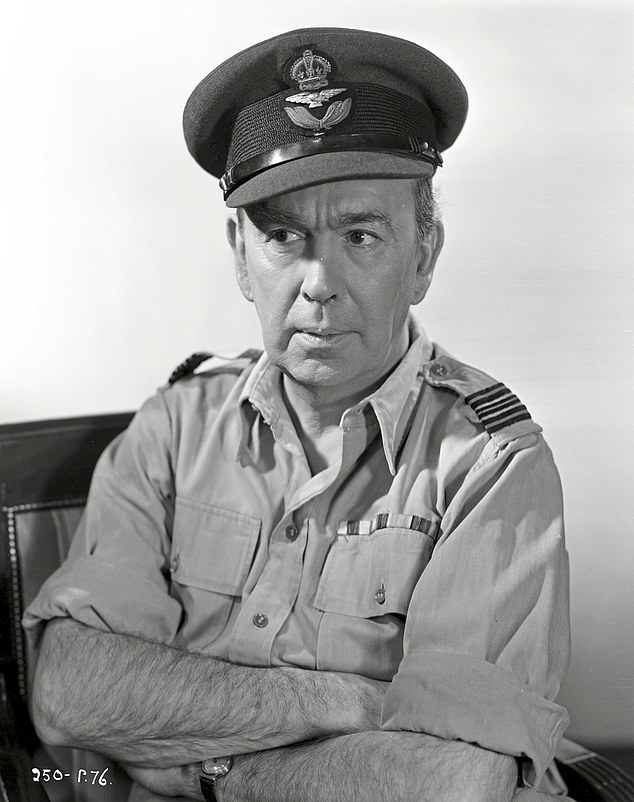 Stuart’s great-grandad, Ronald Adam, was a war hero and then later became an actor

‘There’s not too much of a rugby history in my family,’ says Stuart. ‘My family used to live in Uganda. My great grandfather was part of the church there and my grandfather played a bit of rugby.

‘He happened to play on the same team as Idi Amin in his early days, before things went a bit south and he garnered his nickname of ‘The Butcher’. My dad tells me that Amin was a second row and my grandfather was No8. I’m not sure either had the most decorated rugby career!’

Rugby was not a significant part of the Stuart family bloodline.

‘To be honest, growing up, there wasn’t too much rugby on in our house,’ he says. ‘Jonny Wilkinson was my only real rugby role model because of that drop goal, but then it became apparent that I wasn’t going to be a fly-half. I was probably fairly feral as a child, roaming around outdoors in the woods, making bonfires, rather than watching TV.’

Stuart’s father had a fleeting spell with the local rugby club but nothing of note. He moved abroad during Stuart’s early teens and watched from afar as he blossomed into one of England’s strongest front-row forwards.

‘Dad’s been abroad since I was about 13,’ says Stuart, who weighs in at 19st 14lbs. ‘Originally, he was working for the EU’s External Action Service. Then he became an aide to an ambassador and after that he was basically a Foreign Office diplomat in Iraq. He’s spent a lot of time in Iraq but he was in the green zone so it was fairly docile. He was out in Tanzania for a few years and now he’s back in Belgium.’

The closest Stuart comes to politics, he briefly explains, are conspiracy theory debates in the England camp with Sam Underhill and Charlie Ewels. 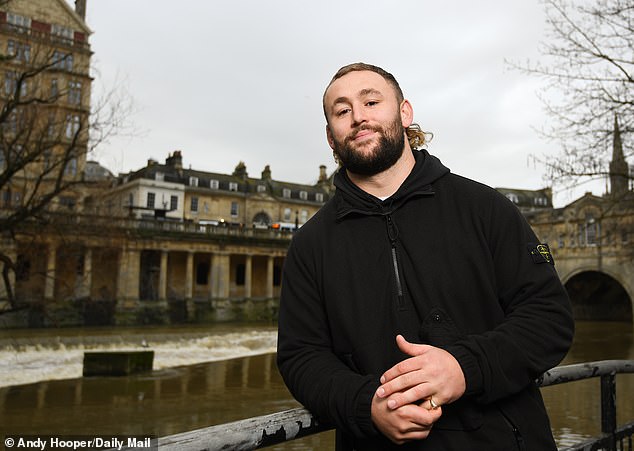 Back to the family tree: what about Stuart’s mother’s side? ‘There are weird, quirky people all over the place,’ he says with a laugh. ‘My mum’s grandfather, Ronald Adam, was an actor who fought in World War One and World War Two. He was confirmed as the 78th person that the Red Baron shot down.

‘He was flying an old Sopwith Camel but he survived the crash and spent the rest of the war in a prison camp. After he was released, he ended up being an actor for the rest of his life. He’s been in a few black and white Hollywood films. Mum made us watch them when we were younger!’

There are 191 credits on his filmography, including The Lavender Hill Mob. Before conversation turns to rugby — and Stuart’s rising stock within Eddie Jones’ plans — there is one more surprise up his sleeve.

‘I played the flute to grade five in my early teens, before my fingers started getting fat,’ he reveals. ‘A bit of Jazz flute… Ron Burgundy-eqsue, just not quite as suave! I thought about giving it another whirl during lockdown but I was horrified to find out that my mum had sold it! An absolute crime. I’ve tried to transition to guitar but I’ve pretty much forgotten how to read music. I just try to learn Pink Floyd or Blues solos. 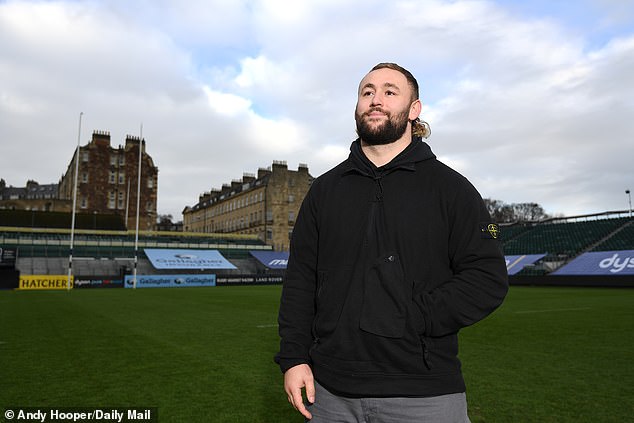 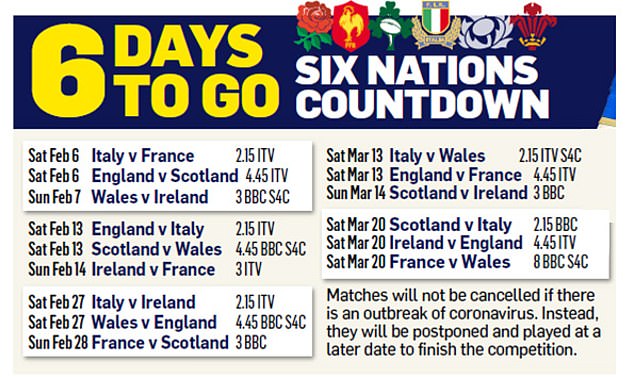 ‘I had a bit of an epiphany about how much time I was spending on computer games, so I wanted to do something a little more constructive. We had a band going in the England camp during the autumn. Ollie Thorley, Jacob Umaga and Joe Marchant are all good musicians and Joe Cokanasiga brought in a little drum!’

Over the coming weeks, the band will be getting back together — albeit with a few personnel changes. Stuart joined up with the England squad this week and, with Kyle Sinckler suspended, he is the front-runner to start against Scotland next week in the No 3 jersey.

It would mark the latest milestone in the Bath tight-head’s rise up the ranks; from the third division to the Six Nations.

‘On the outside, it looks like everything’s happened quickly but it’s been a longer process for me,’ says Stuart. ‘There aren’t many front rowers pushing for Premiership rugby at the age of 18. Most have to come through a bit of trial and tribulation.

‘I loved my time with Blackheath, Mosley and Nottingham. Maybe I’m biased but for a young front-rower it’s so important to play in those leagues and get experience.

‘If you’re getting pumped in the scrum at Nat One and Championship, you’re not going to be ready for Premiership games. As a youngster, scrummaging wasn’t something I looked at that closely. I just wanted to carry the ball. My first few men’s games were a horror show. 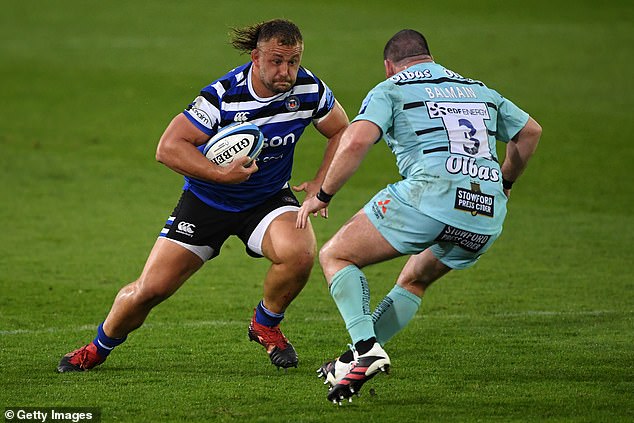 ‘At schoolboy level, you can’t push a scrum over a metre and a half, so there I was complaining because the opposition had scored a push over try from five metres, not fully knowing the rules. At the time, it was a little bit demoralising but I can look back and laugh about it. I had my time at Wasps and things probably accelerated when I joined Bath, where I had the opportunity to play week in, week out.’

Jones has tracked Stuart’s development since he first broke through at Wasps. His scrummaging work caught the coach’s eye, as did his peculiar mullet hairstyle.

‘Eddie occasionally calls me Beefy, or Shetland, because he thinks my haircut looks like Ian Botham,’ says Stuart. ‘I started growing it a couple of months after joining Bath and I’m a little superstitious, because rugby has been going well since. The only bad thing is I feel like I’m slowly becoming better known for my hair than for my playing ability, which isn’t a good advert for a player!’

Superstition obviously only counts for so much, as since this interview, Stuart has dispensed with the mullet. So far, Stuart has started just one Test match, when he gained the upper hand against the Georgian pack during the Autumn Nations Cup. ‘2020 was crazy, it feels like about four years since I made my debut!’ he says. ‘I had a bit of time in lockdown to reflect with my mum, step-dad and step-brothers.

‘There’s a tendency to think ‘I’ve had a few caps’ and be happy with that. I don’t want to get comfortable. I want to keep pushing on as much as I possibly can. That’s the plan.’

If all goes to plan, Stuart could soon have a few new dinner-party stories.