In Cardiff, there has been a faint silver lining around the giant COVID cloud hanging over a rugby region. Three front-rowers have put their day-jobs on hold to answer a fairy-tale call to Arms.

A club groundsman, primary school teacher and quantity surveyor have been plucked from the semi-professional game to alleviate a selection emergency. The majority of the Cardiff squad have been stuck in quarantine, so Rowan Jenkins, Evan Yardley and Geraint James have stepped up to help ensure that marquee European fixtures have not been forfeited.

They have been thrown in at the deep end, and the story has captured the imagination of the rugby public in Wales and far beyond. Last weekend, the trio faced French heavyweights and Heineken Champions Cup holders Toulouse, in front of a full house at Cardiff Arms Park. Their sterling efforts brought honour and acclaim in defeat. On Saturday, another daunting assignment awaits, in front of a big crowd in south west London, against Premiership champions Harlequins. 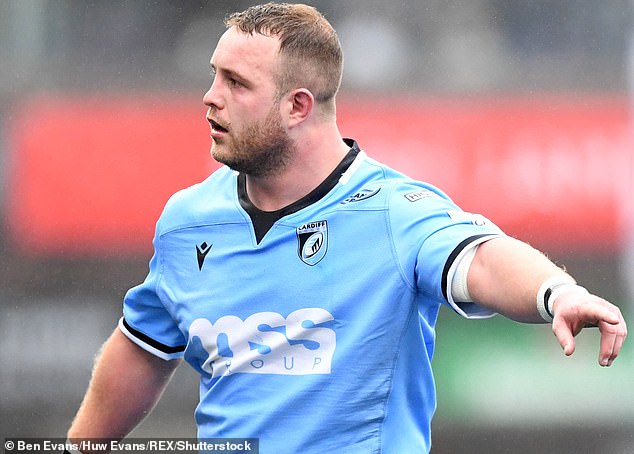 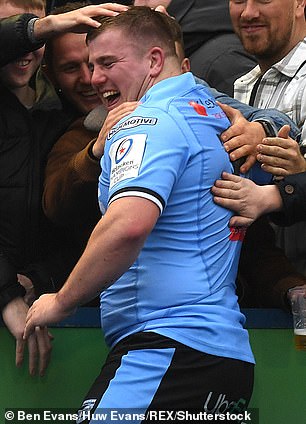 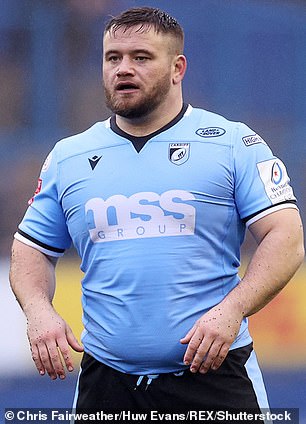 Yardley has also been given some time off from his day-job, to seize this sudden opportunity to mix with the great and the good of his sport. The Cardiff RFC hooker will start against Harlequins, after coming off the bench for the visit of Toulouse. He has spent the last week dashing back and forth between the Welsh capital and Blaengarw Primary School, outside Bridgend.

‘I’m still on cloud nine,’ he said. ‘It’s all come out of nowhere and it’s been incredible. I’ve obviously had to juggle a bit between training and work at school. That’s been quite difficult, but the training itself has been incredible.

‘Luckily enough, the school have been really supportive – giving me the mornings off so I can go down to train with Cardiff. As soon as we’ve finished, I’ve had a quick bit of lunch, shower, change, then gone straight back to school in the afternoon. It’s been a hectic few days!

‘I teach at a primary school and I’m involved with the foundation phase – children who are three, four and five. In a way, it has been a blessing to train in the morning then go to school. There’s so much going on there that it takes my mind off the rugby. It means I’m not over-thinking it. 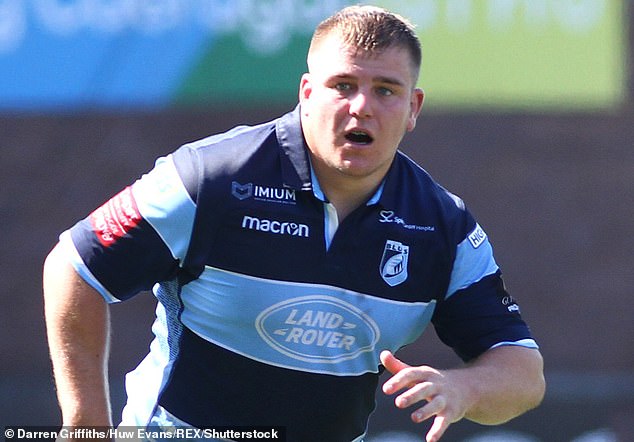 ‘The kids are too young to quite understand what it all means. They’ve just been told, “Mr Yardley will be in a bit late today” and they haven’t got a clue why! A couple of the older kids at the school do know what is going on so I’ve been chatting to them about it.’

Yardley recognises that the task on Saturday is not so much about winning – which would be a staggering upset – but about again performing with honour. ‘We couldn’t be testing ourselves against better opposition but all I can do is try my best,’ he said. ‘In a way, the result isn’t important – it’s about putting in a performance to fill the boots of the players who have been stuck in quarantine. We will just try to do them proud and do ourselves proud.’

James is another Aberavon prop and a quantity surveyor for Darlow Lloyd Construction in Bridgend. ‘This is very different to my day-job and an opportunity I couldn’t turn down,’ he said. ‘It’s a dream come true for me, to come from a full-time job and a semi-professional environment. It’s been a brilliant experience – the international players at Cardiff have been really patient and helpful, and appreciative of the boys who have come in.

‘I’m a quantity surveyor by day, in Bridgend. My company have graciously given me the time off. I’m really appreciative. I was told briefly on the Wednesday before the Toulouse game, then Aberavon called myself and Rowan in before training on the Thursday and gave us the low-down about what was going on. We both jumped at the opportunity.

‘I went in to work on the Friday morning and explained that this was a once-in-a-lifetime situation. With them being rugby fans themselves, they gave me their blessing and granted me permission to have a two-week block off, so I’ve been able to train full-time with Cardiff.

‘On a normal week, I’d be working 9-5 then Aberavon training would be on a Tuesday and Thursday evening, from about 6-8. But it’s also about getting to the gym as well, which most of the semi-professional boys would be doing after work. For me, that would be Monday and Wednesday – doing weights – so to train full-time, in the gym and on the field, has been fantastic.’

Taking on a Quins team featuring household names such as England quartet Danny Care, Marcus Smith, Alex Dombrandt and Joe Marchant holds no fear for James, although he has been denied a memorable head-to-head with Joe Marler, as the veteran loosehead is being rested.

‘We have to make the most of this situation,’ he said. ‘Against Toulouse, it was a good day and I think we all put in a performance we could be proud of. This weekend, hopefully I get another chance. For someone like me, with my background and what I do day-to-day, it would be amazing.’