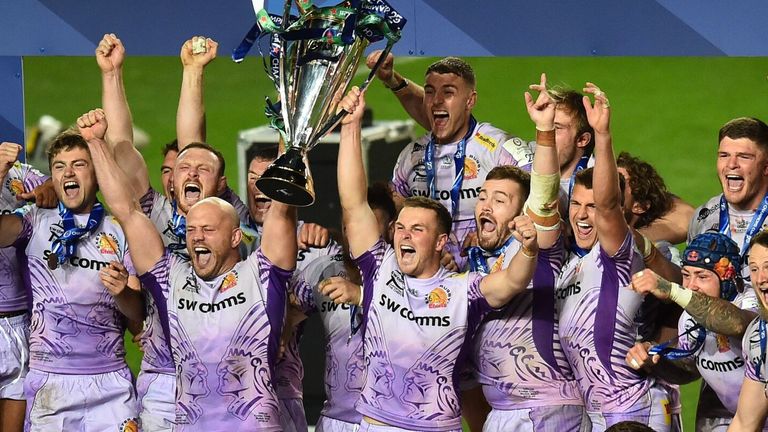 Exeter have been given a challenging start to their Champions Cup defence after being drawn alongside Toulouse and Glasgow in the pool stages.

The Chiefs were crowned masters of Europe with a 31-27 victory over Racing 92 on October 17 and they must hit the ground running when continental action resumes in mid-December.

Drawn in Pool B of the new truncated format that fits a 2020-21 season shortened by coronavirus, they must overcome four-time winners Toulouse and the Warriors in home and away fixtures.

Bristol director of rugby Pat Lam will return to Galway to face former side Connacht. The Challenge Cup winners will also face Clermont Auvergne in Pool B.

Leinster have been drawn against Montpellier and Northampton Saints in Pool A, while Irish provincial rivals Munster take on Clermont Auvergne and Harlequins.

The first round of fixtures will be played on the weekend of December 11-13.