CHRIS FOY: The return of George Ford helped England get their mojo back in six-try victory over Italy but Eddie Jones’ men still must cut out the errors for crucial Wales clash

George Ford helped England rediscover their attacking pulse at Twickenham on Saturday but now the quest begins to forge some clinical precision, before a tricky trip to Cardiff.

This victory represented a resuscitation of their Six Nations campaign but the English patient is still in the recovery phase.

Six tries by the home side was not quite the emphatic statement they would have hoped for, as a torrent of errors prevented them from running riot. 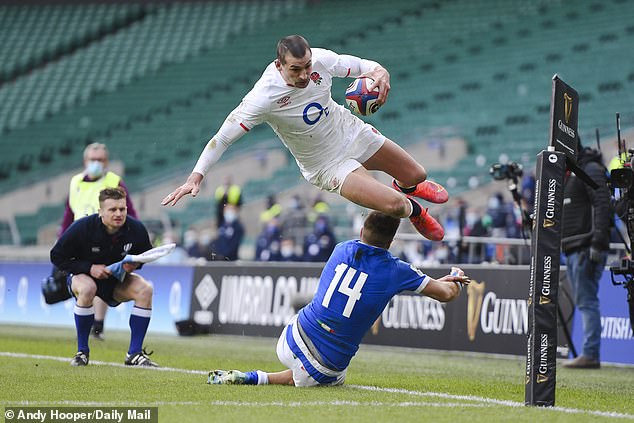 But it was a start. After treating the ball like a live grenade during the shock defeat by Scotland, at least England tried to play. They remembered how to get their kicks from running in space and forcing the opposition to chase them.

‘We wanted to get that feel of really going to attack Italy,’ said Ford. ‘We had a good chat in the week, as backs especially, about backing ourselves, getting some life in us, demanding the ball, putting Anthony, Sladey, Jonny and Elliot in a bit of space to do what they do. They are the best in the world at doing that, so why would we not use it? 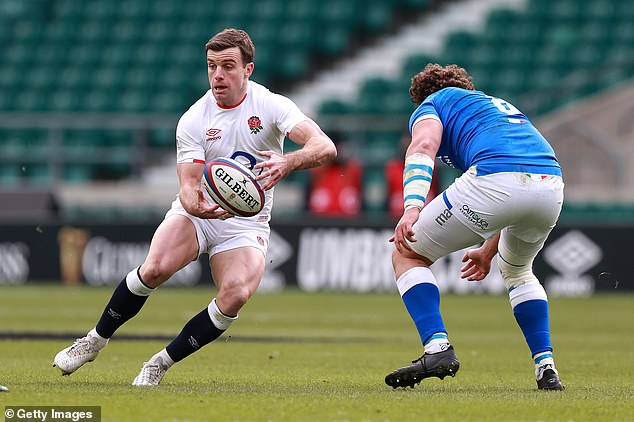 That was a fitting summary of England’s work. There was positive intent but often a glaring absence of accuracy, which meant they did not establish command until the closing stages.

Jonny May’s flying finish just before half-time should have been ruled out — according to former referee Nigel Owens — for his spectacular hurdle over a tackle, so it should have been 15-8 at the break and the Italians did score next.

As it was, the visitors were striving to reduce the gap with a sustained spell of pressure when Anthony Watson claimed an interception outside his own 22 and blasted clear for his second try.

England, who went behind to an Italian try inside three minutes, eventually took control but could not add any flourishes in the last 12 minutes.

When the squad come back into camp on Thursday, they should spend the majority of their time on catch-and-pass drills. 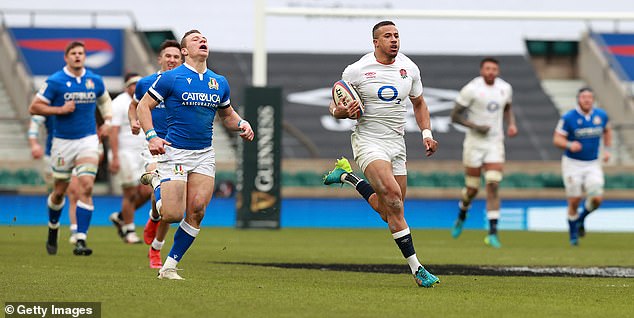 Never mind hours in the gym, or in contact sessions. England are strong enough and tough enough for the Welsh test that awaits. It is their handling that needs work — lots of work.

All the emphasis should be on skills. The passing was often poor against Italy. Ford is excused as his delivery was good and he once again demonstrated an instinctive feel for space and timing.

When Dan Robson came on, his delivery was outstanding, as was his quick tap and side-stepping run to set up Jack Willis’s try.

Kyle Sinckler showed for the umpteenth time that he is a tight forward with the composure, awareness and distribution ability of a playmaker, while Jonny Hill produced a textbook pass to release Watson for his first try — after a deft off-load by the impressive Courtney Lawes.

But these were exceptions to the often untidy rule. Elliot Daly continues to be a primary offender. He is a class act at his best but he is nowhere near that. He is a talented sportsman with innate co-ordination but he appears to have lost all confidence and authority in possession. 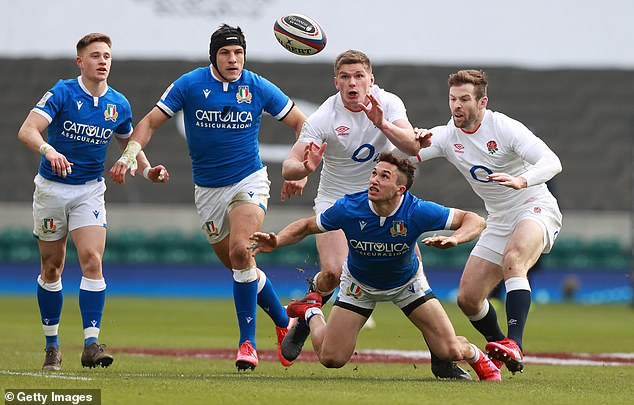 From the outside, it seems obvious that he needs to be removed from the team and allowed time to rebuild his game but Eddie Jones appears determined to retain him.

If that is the case, he should revert to the wing, with Watson moved to full-back, where he can run free from deep.

Early on, May was primed to go clear on the left, but Daly’s pass flew in front of him into touch. Later, he hesitated before hurling the ball at Owen Farrell’s midriff, which led to a knock-on.

The captain, too, is trying to restore some confidence and conviction. Later, he spilled another pass which came to him too low and the frustration was obvious.

Farrell and Billy Vunipola were both retained in defiance of their form but neither offered a compelling riposte. The latter had some encouraging involvements in defence and at the breakdown but there was no sign of him becoming a rampaging force of nature again. 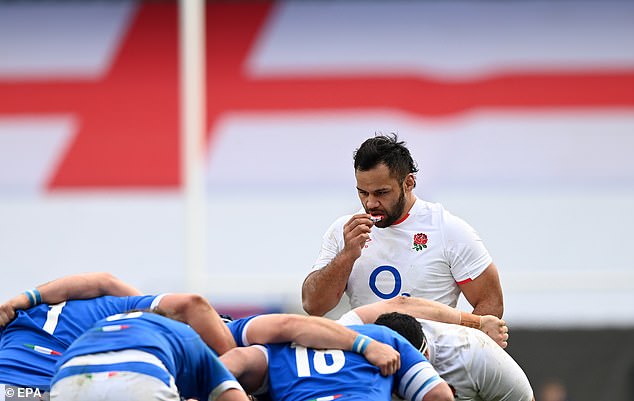 At one point, an Italian clearance reached him and he quickly passed, when perhaps the best option would have been to charge up-field, straight at anyone in his path, just to get himself going.

Franco Smith’s young side were combative and tenacious but also bold and ambitious. Half-backs Stephen Varney and Paolo Garbisi set the tone, while there were eye-catching contributions from wing Monty Ioane and second-half replacement Federico Mori.

The Italians had a go and so did England which made for a decent spectacle. For Jones’s squad, the next phase is all about up-skilling. Fast.