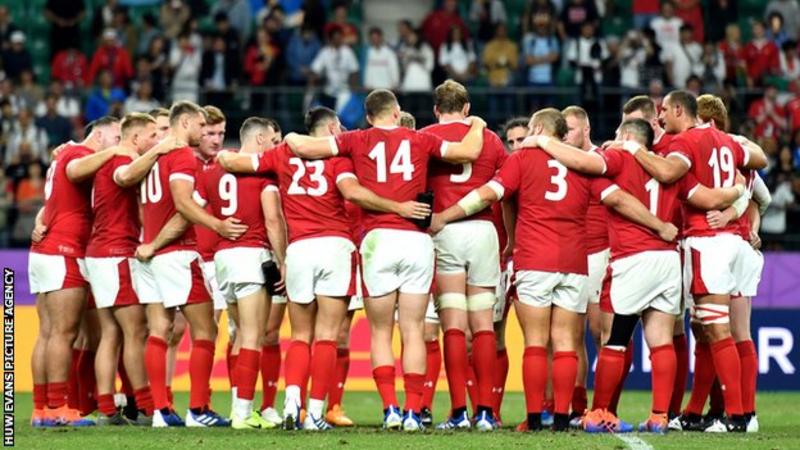 Wales’ leading rugby players will take a 25% pay cut as the sport deals with the financial impact of coronavirus.

The salary reduction, effective from 1 April, will last three months.

However, the cut will not apply to players earning £25,000 a year or less.

The WRPA wanted to defer 25% of players’ monthly gross basic salaries from April until August, with the deferred money then paid next year.

But instead, players will have their salaries cut by 25%, as was announced earlier for Wales head coach Wayne Pivac and WRU chief executive Martyn Phillips.

In addition to player pay cuts, a PRB statement said: “Each of the regions have also applied percentage reductions across all full-time staff, which is being managed locally to reflect the various business models across the professional game.”

Under a banding system introduced last year, the WRU pays 80% of the salaries of the 38 top-ranked players, with the players’ regions contributing the remaining 20%.

Salaries for players outside that top tier are paid for entirely by the regions.

The coronavirus pandemic means rugby at all levels in Wales has been suspended, which has come at a huge cost for everyone involved in the sport.

‘This is the next unavoidable step’

“For our professional players in particular this has been a really tough decision, they are at the very sharp end of our business, but they are also our biggest cost,” said Amanda Blanc, the independent chair of the PRB.

“But they are in the midst of short careers, many in the prime of those careers and we are asking them to make a financial sacrifice that they won’t have planned for.

“We explored a range of options, including deferment of pay, but have agreed on a reduction once all the relevant information and scenarios were considered.

“They have accepted that this is being done out of necessity, because we want to be in a position to immediately resume when current circumstances subside.

“We are extremely grateful to the WRPA and its members for their exemplary attitude during our recent conversations and are delighted to see our players continue to be an inspiration to us all.

“Clearly, with no sport taking place, income across the whole of Welsh rugby has dropped significantly and it is not clear when this might change.

“Not to act now would be negligent, given our shared goal is for Welsh rugby to remain intact when we emerge from this period.

“To do that we must reduce costs and preserve cash so that we can continue to operate. Having made operational savings across the businesses, this is the next unavoidable step.

“The PRB has met a number of times to evaluate the situation and the process has been a collaborative one, with all parties determining that a consistent solution was required.”

‘Sacrifices being made across the country’

Barry Cawte, chief executive of the WRPA, said: “We have been involved throughout these difficult discussions.

“The WRPA exists to look after the welfare of players, but it is clear that extraordinary times call for measures such as those agreed this week.

“I can only say how proud I am of our members who from the beginning expressed a desire to do whatever was needed to help protect the game and their colleagues.

“All options were explored along this journey, and these discussions took place against a backdrop of other sports working their way through the same issues.

“The players are well aware that sacrifices are being made across the country and are keen to do their bit, so that rugby will be ready to go when this crisis passes.

“In a sign of solidarity for all our rugby colleagues, all WRPA staff will also be taking the same pay cut.”