EXCLUSIVE: Luke Cowan-Dickie is ruled out of England’s autumn Tests with ankle injury suffered against Wasps in huge blow for Eddie Jones’ side

Luke Cowan-Dickie will take no part in England’s autumn Tests, as Sportsmail understands he is ruled out for two months, which has earnt Jamie George a reprieve.

The Exeter hooker, 28, limped off with an ankle problem in the second half of the Chiefs’ win over Wasps on Saturday but was picked by Eddie Jones in his national squad on Monday.

However Sportsmail has learned that a scan on Monday has confirmed Cowan-Dickie’s injury to be serious and will see him out until December – a hammer blow for the player, his club and country. 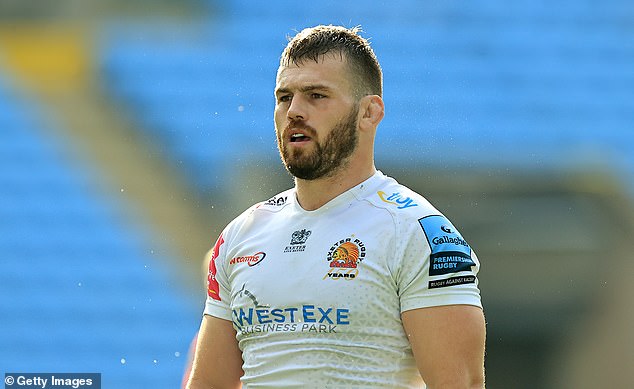 England confirmed the story, broken on Mail Online on Tuesday, and called up George in Cowan-Dickie’s place.

Ahead of Tests against Tonga, Australia and South Africa next month uncapped Nic Dolly, from Leicester, and Newcastle’s Jamie Blamire, who won two caps against USA and Canada last summer, were only remaining options before George’s recall.

The Saracens hooker was a shock omission from Jones’ squad, along with team-mates Mako and Billy Vunipola and Leicester’s George Ford.

But he is back in and will join the England squad in Jersey from Monday next week.

Cowan-Dickie has been the coming man in England’s pack, having leap-frogged George in the pecking order at hooker, then featuring in all three Lions Tests in South Africa last summer with George on tour but left out of the match-day 23.

After the Wasps game on Saturday Exeter head coach Ali Hepher said of Cowan-Dickie’s blow: ‘It’s never good to see Luke coming off because he’s as tough as they come.’

Exeter will hope he can return for their European Cup matches against Montpellier and Glasgow before Christmas.

England may also need to replace Anthony Watson. The Bath wing went off in the 71-17 loss to Saracens, and there is a possibility he has injured the anterior cruciate ligament in his knee – a blow which would rule him out for nine months.

It is understood Watson is seeking a second-opinion from a second specialist, hoping for more positive news. 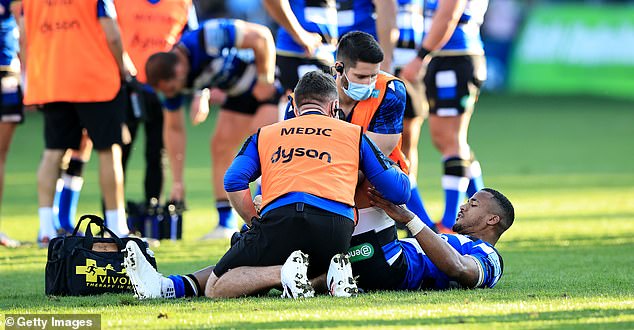 MIKE BROWN: Sinckler should be given chance to lead England