An Olympic medal and an AFL premiership. In the same year.

It seems an absurd proposition, but if the Western Bulldogs salute in the grand final, one person will have played a role in the scaling of both sporting mountains in 2021.

That man is Mathew Inness, the Bulldogs’ physical performance manager. Inness headed into sports science after a decade-long career as a professional cricketer, during which he took 281 first-class wickets for Victoria, Western Australia and Northamptonshire. 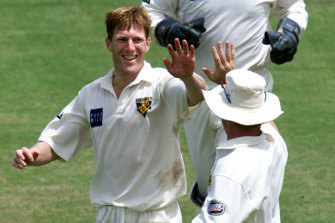 Mat Inness celebrates a wicket during his cricket days.Credit:Craig Golding

Inness, 43, has been at the Dogs for eight years, the last six of which have been in the club’s main high-performance role. He was also previously the club’s runner.

The Bulldogs have been and remain his primary employer. But with little fanfare, Inness has quietly been involved in the sports science program for the Malaysian cycling team.

It came about through former Australian Olympic cyclist Gary Neiwand, a long-time friend of Inness’ dating back to their days as elite athletes.

Malaysia’s head cycling coach John Beasley, an Australian, had been keen to improve his team’s strength program after the 2012 London Olympics.

“I found that Mat was working with the Bulldogs,” Beasley said.

“Over a little bit of time, I kept chipping away.

“Eventually we got started.

“Malaysia’s never won a gold medal in any sport, in the history of the Olympics.

“We embarked on a project of trying to build lean muscle mass, because in Malaysia we’ve got really small athletes and we compete against the giants of the sport.

“We used a new technique, which was a blood-flow restriction cuff. Mat was a very big, integral part of the success. 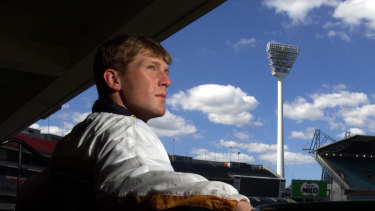 “The athletes feel so comfortable with him. They can talk to him about everything. They can relate to him because he’s been an elite athlete.”

The Malaysian cycling team’s ties to Melbourne are strong. In non-pandemic times, Beasley bases himself in Victoria, as does track star Azizulhasni Awang.

Melbourne is effectively a high-performance hub for the team.

“We have a house that the Malaysian government fund at the back of the zoo in Parkville, the old Commonwealth Games village,” Beasley explained.

“Emily’s another beautiful person … who is exceptionally good at what she does,” Beasley said.

COVID-19 made things all the more difficult.

“COVID really affected the program big time. Mat was hands-on with eight of our athletes and then all of a sudden we had two in Melbourne and the rest in Malaysia,” Beasley said.

“[But] then we’d sort of use Zoom and have regular meetings with them. We kept in touch several times a week.

“Football threw another spanner in the works, when Mat wasn’t allowed to help us out because [of] the AFL rules and regulations, which made it even more difficult. But between us we found a way around it.”

On Sunday August 8, the final day of the Tokyo Olympics and the same day the Bulldogs took on Essendon at Marvel Stadium, Awang claimed silver in the men’s keirin behind Briton Jason Kenny. 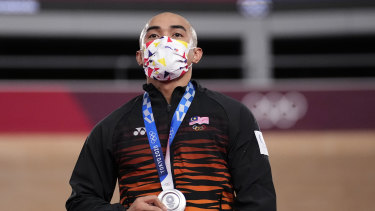 Indeed, if not for a tactical error from Australia’s Matt Glaetzer in the final, one that impeded the Malaysian, Awang may have claimed his country’s first Olympic gold in any sport. Given Inness had been part of the Dogs’ 2016 drought-breaking premiership, it would have been an unprecedented double.

Beasley is keen to keep Inness – whose brother Rob runs the Sydney Swans’ high-performance program – on the team to help Malaysia go one better at Paris, 2024.

“A lot of people wouldn’t know the knowledge that he’s got. He’s a pretty shy, reserved guy that’s very confident in his own ability … but he doesn’t go around banging his chest.”