DAN BIGGAR: Defeat to Springboks is painful but I’m grateful mum can be proud looking down on me… and I’m looking forward to normality after two months in Lions Covid bubble

I feel pretty emotional after that. This was my last tour and it hurts as you know you won’t get another chance.

These opportunities don’t come around often and we’re so disappointed to have gone 1-0 up, then lost. The changing room was very quiet after the match.

You couldn’t write it, could you? Morne Steyn kicking the goal to win it again. The boys joked that he’ll kick the winner when he’s 49. 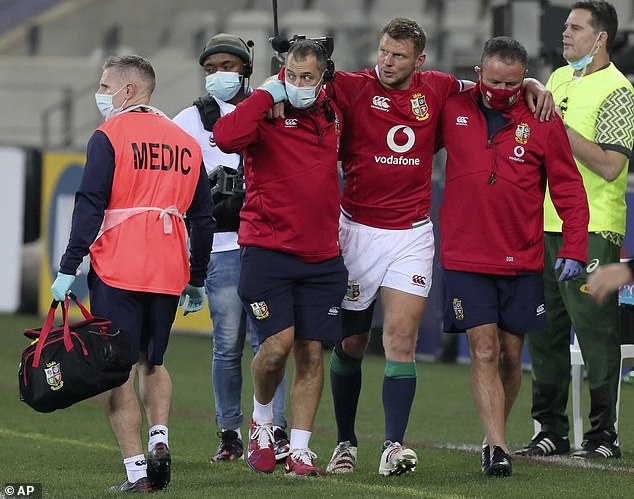 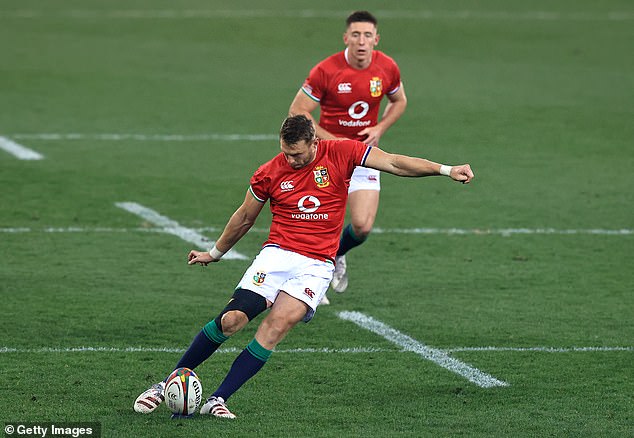 Alun Wyn Jones spoke really well and told the guys on the next tour to go and smash it. I will be watching on the TV come 2025, so I’m heart-broken we didn’t finish it off.

Irrespective of the result, for me to become a Test Lion and start all three games is pretty special. It’s obviously better if you win it, but I’ll look back on it all with pride. This was a big career goal of mine and now I want to kick on to win 100 Wales caps and some trophies with Northampton.

Warren Gatland told us to be p****d off and disappointed for a couple of hours but get together, pick each other up and have a beer. This group is never going to be together again, so we have got to rally round each other.

My final Lions experience only lasted 11 minutes, as I took a hefty whack to the shin when colliding with Damian de Allende. I couldn’t put much weight through my leg so had to go off, which was hugely disappointing. 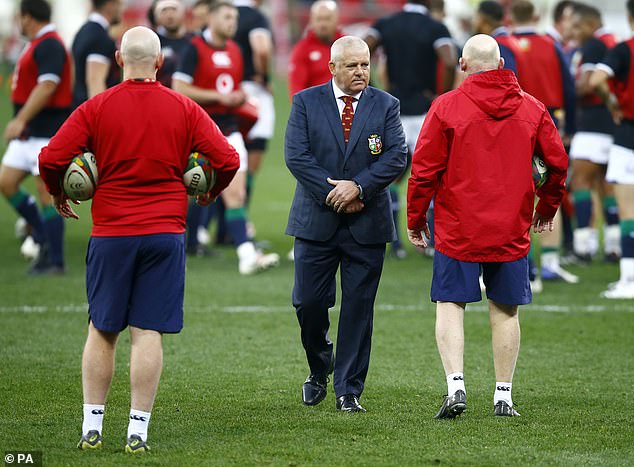 Finn Russell came on and did really well. It wasn’t the most free- flowing spectacle but we were in control, up again at half time and probably should have been ahead by more. We were up 10-6 and it could easily have been 17-6.

The coaches challenged us in our pre-match meetings. They told us we were soft. That laid down a challenge. Physicality became a big theme because as rugby players, especially forwards, you don’t want to hear your coaches telling you that you’re a bit soft in contact.

That didn’t go down too well with Alun Wyn. By flagging that up, they got a reaction. It’s a macho thing. We knew the contact area was going to be a big issue if we were going to win.

We didn’t feel too threatened but South Africa stuck to it and took their chance when it came.

We just didn’t nail a couple of key moments — like the aerial battle — and didn’t start the second half well enough. We didn’t clean up the high ball before Cheslin Kolbe’s try, which proved vital.

We’ll probably count ourselves a bit unlucky that some calls didn’t go our way — like the scrum penalty right on their line where Kyle Sinckler was punished. 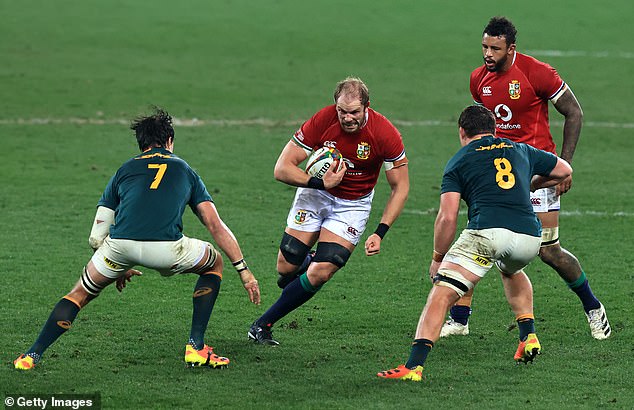 It will be tough to get over, but I guess at least we have the consolation of going home to see families.

I’ve had a lot of chats with my sister who has said mum will be very proud looking down on me. There is a tinge of sadness that she wasn’t here but I’m glad that I’ve done her proud. This tour has probably helped me take my mind off what’s going on at home. It’s not really normal life out here.

My sister has had the tougher end of it and I’m incredibly proud of her. It’s funny because she’s pretended to have a little bit of interest in what’s going on with the rugby, almost filling the role that mum had.

I’ve had a picture of my mum and my son James as the screensaver on my phone while I’ve been out here. I can’t wait to see my family again.

We’re flying to Dublin to drop off the Irish lads, then heading on to Jersey for quarantine. My family are due to fly out but we’re looking at a last-minute switch to France. I’ve got a fair bit of daddy duty to catch up on!

It’s been a great eight weeks and we’ve been treated extremely well, but a few boys will be rushing to the airport to get home to their loved ones. We’ve been away from our families for a long time. 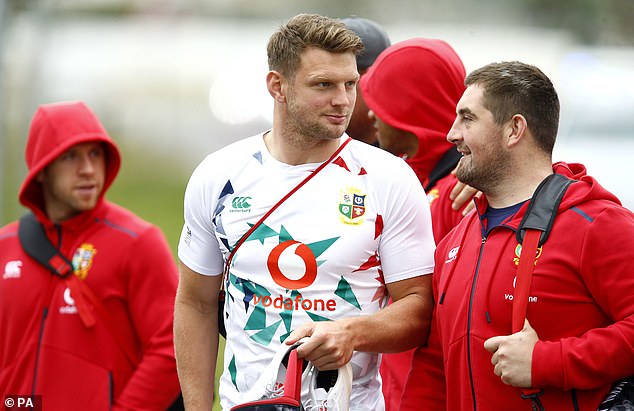 I’m going to have to go on a mad present dash at Cape Town airport! We haven’t been able to go to the shops here so I’ve not got anything to take home. James is desperate for some kind of Lion.

I’m looking forward to normality — even the mundane stuff like having a bowl of cornflakes at whatever time you fancy in the morning.

We’ve pretty much been playing for two years solid, so need to recharge the batteries. The break will be tough after that gut-wrenching loss, though.

Most of the England guys have to take 10 weeks off but I’m hoping to get back a bit sooner and be available by the end of September. I already miss a lot of the club season because of Wales commitments so it doesn’t sit that easily with me not being available.

It could be Christmas by the time some of the guys are back playing for their clubs, which is mad.

I’ve got 10 days in a villa in Greece later this month. We’ve booked a couple of extra tickets to fly out and do some babysitting. 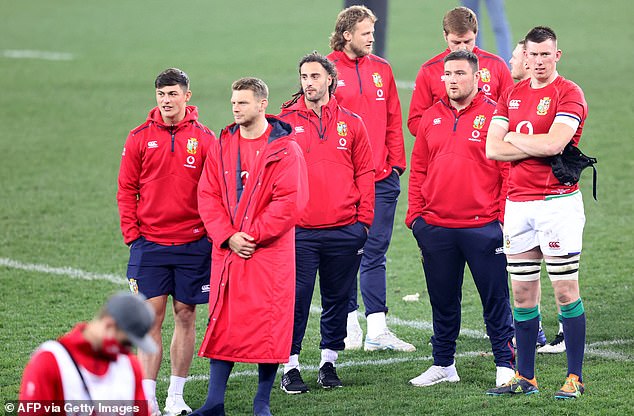 Warren is straight off to New Zealand for two weeks in airport quarantine which probably isn’t up to his usual five-star standard. It feels a bit like the end of an era because it’s unlikely we’ll get the chance to work together again. It’ll be strange seeing him off.

I’ve got a lot to be grateful for with Gats because he’s been there for the majority of my Test career. It took me a while to win him over but I owe him a huge amount. He’s managed me really well over the years. Sometimes he’s been hard on me but he knows I respond to that.

I’m really grateful for everything he’s done. He’s got a couple of years with the Chiefs but who knows where he’ll end up after that? Let’s see who has got the biggest cheque book — England are probably the only team that can afford him.

We’ve got a decent kitty together from the tour fines. We’re going to give a big pot of it to Nev the kitman and donate the rest to charity.

Mako Vunipola will be holding court before we fly home to squeeze out a few more quid. Kyle Sinckler has had to pay about £800 already.

He paid his way out of calling Pat Lam to jokingly tell him he’d had a big money offer from France. 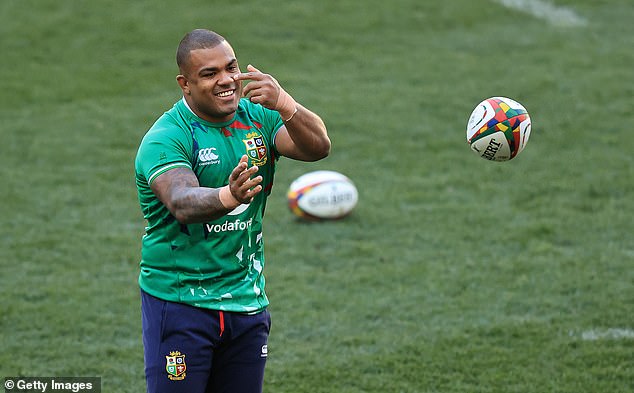 Kyle Sinckler has racked up some big fines during the South Africa tour, needing to pay £800

When I’m out of quarantine I’m best man at a wedding on my first Saturday back on home soil.

I’ve practised my speech a few times. I’m more nervous about that than I was for the Tests and haven’t had the courage to practise it in front of the boys out here.

I reckon my kitbag will be getting raided when I get back to Wales. All the boys at Penclawdd Rugby Club will be running around in Lions gear. My mate Rhys is usually the first one in to grab the best stuff.

Lessons to be learned

Looking ahead to 2025, there are one or two things they can learn from this tour. It will be completely different with the fans back. From a player’s perspective, I think the stability of staying in one base for a longer period of time really helps.

You’re not packing your bags every few days and spending your day off travelling.

I think they should have a midweek game between the first and second Test because some of the guys haven’t played a game for three weeks and mentally that’s not easy. 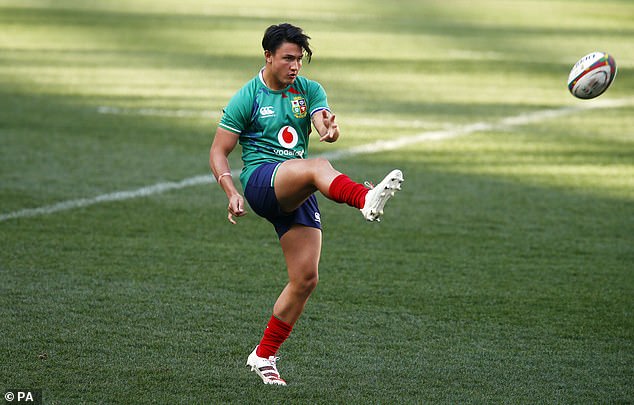 One thing I will say is that I won’t be playing — I guarantee you that. I’ll probably be working in the media, piling into the guys.

I’m sure a few of the guys out here will be involved. I would be surprised if Marcus Smith and Adam Beard aren’t in the Test team. As a fellow No 10, I’m looking forward to watching Marcus’s career develop.

I wouldn’t be surprised if Alun Wyn Jones rocks up for another tour, either!