‘We went straight to a club as we didn’t have a hotel!’ Italy prop Danilo Fischetti revisits their famous Six Nations win over Wales… and reveals they immediately returned home as they had nowhere to stay in Cardiff!

‘I drank in the changing room, we drank a lot of beer on the flight, I drank in Verona… and I drank the day after as well! It was important to celebrate the victory.’

Italy’s last-gasp Cardiff success was an afternoon to remember. It was a demonstration they deserve to cut the mustard with the northern hemisphere’s elite after seven years without a win.

Yet, it still wasn’t enough to earn them bed and board in the Welsh capital. 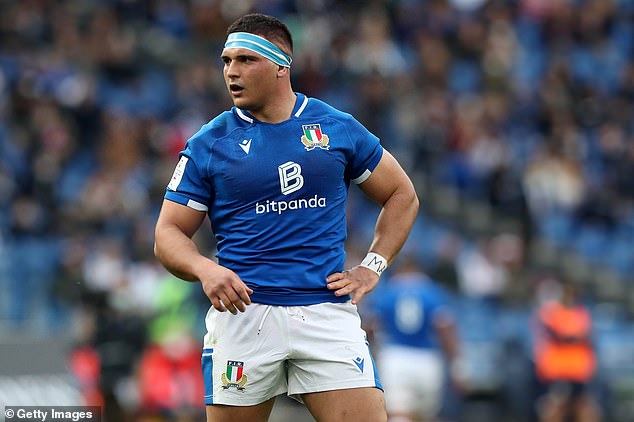 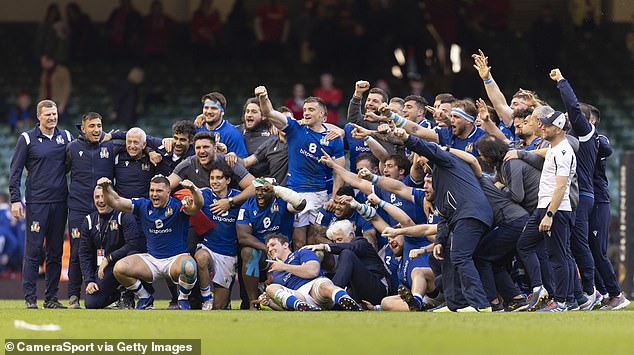 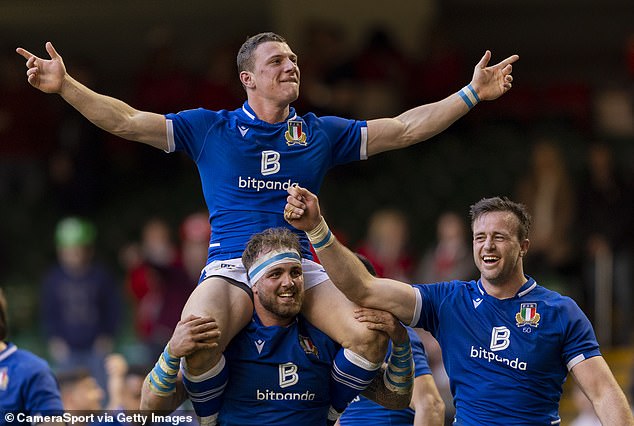 ‘We didn’t have a hotel for the night,’ says Fischetti with a smile. ‘We came back to Italy and went out in Verona – we went straight to a club. It was very nice.’

Italy deserved their moment in the sun after downing Wales and they certainly made the most of it, but their challenge now is to make sure such results are not a flash in the pan.

On Sunday, they face Georgia in a crunch match in Batumi.

It is the game many believe should be a promotion and relegation clash for a place in the Six Nations with Italy the Championship’s traditional whipping boys.

The Lelos, meanwhile, are the dominant force in Europe’s tier two.

‘It’s a very big match. There are rumours of Georgia wanting to come to the Six Nations. I’m sure they want to. The pressure is on,’ Fischetti adds.

‘They will want to show their best, but we want to win. I’m ready and so is the team. We want to put the focus and the pressure on the scrum and drive on the pitch.

‘We were very happy with the win against Wales. We want to use this to improve the team. We want to show everybody Italy can play well and win. We are very young in this moment. 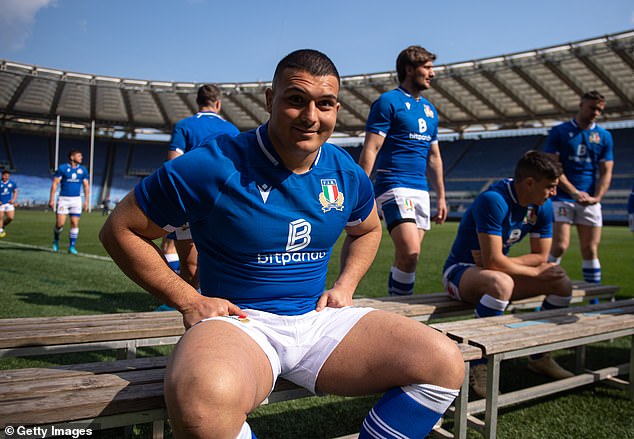 ‘After the Wales win we developed confidence. We want to show this to everybody. We are ready.

‘We don’t want to win just one game. We want to show we can win two, three or four in the Six Nations and on the summer tours and in November.

‘Before the win against Wales everybody said Italy wasn’t any good because we hadn’t won a Six Nations game in seven years. I understand it because normally you don’t see Italy win.

‘But we showed everybody we are ready and want to win. It’s great motivation. You saw it on the faces of everybody after the Wales win. It was ‘wow’. 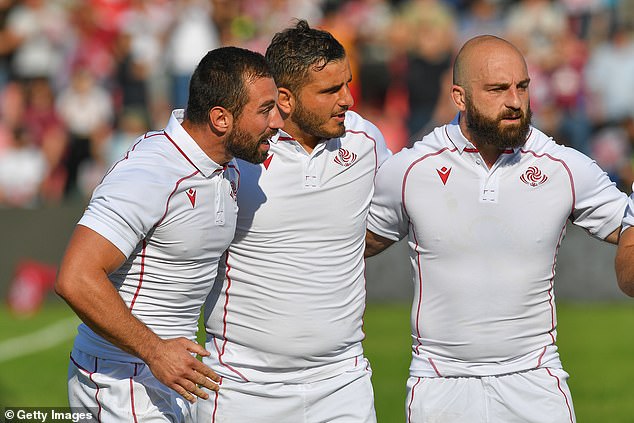 Italy face Georgia in a crunch game in Batumi on Sunday, a match many believe should be a promotion and relegation clash for a place in the Six Nations

‘We worked hard to win and for that sensation.’

All-action front row Fischetti, 24, is one of Italian rugby’s most promising young players.

He has impressed with Zebre and next season, will strut his stuff in the Gallagher Premiership with Irish. Signing with Declan Kidney’s men is the culmination of a lifelong dream.

He will be one to watch when the new campaign begins.

‘When you move to another league or another country it is very different. You need to open your mind and look to improve. 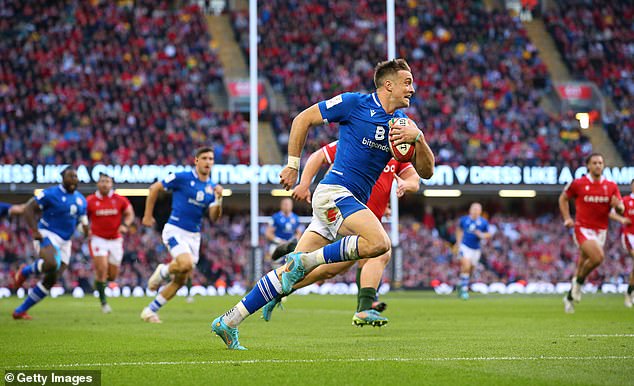 ‘I was really attracted to the Premiership because it’s been my little dream. When London Irish called me, I looked at their position in the league and their squad.

‘I went to see the structure and talk with the coach. I trust the process there.

‘I watch the Premiership and I really like it because the scrum and the drive is good, but there are players there who like to play the ball too. I like this – I like to carry hard but also to move well.

‘I want to play like this for London Irish – all around the pitch and in the scrum. 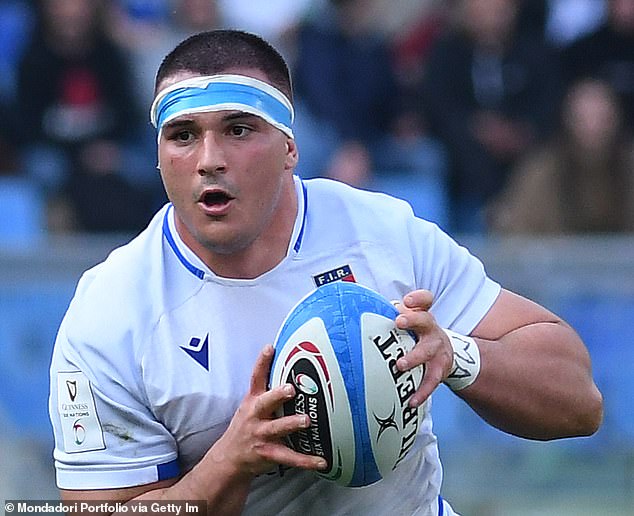 ‘When I was young, I looked up a lot to Andrea Lovotti. I really like the English players like Ellis Genge. He plays very well on the pitch – he’s strong in the scrum and I aspire to be like him.

‘I swapped my shirt with him on the pitch when we played England in the Six Nations. I wanted to play against him and show him I’m good.

‘Now I come into the Premiership I am ready for it for sure.’

CLIVE WOODWARD: If Farrell was available, I would have dropped Smith!