‘It made a lot of sense’: Eddie Jones and England stars leap to Marcus Smith’s defence after the fly-half controversially kicked the ball out of play for full time – instead of going for a late win – in 25-25 thriller against New Zealand

Eddie Jones and his players defended Marcus Smith after the fly-half sparked boos by kicking the ball out at the end of England’s remarkable 25-25 draw against New Zealand.

England wiped out a 19-point deficit in the final 10 minutes, coming back from 25-6 down to level the game through two tries from replacement prop Will Stuart and a score from Freddie Steward.

But, with the clock beyond 80 minutes, Smith hoofed the ball out — rather than go for the win — much to the confusion and frustration of some inside Twickenham. 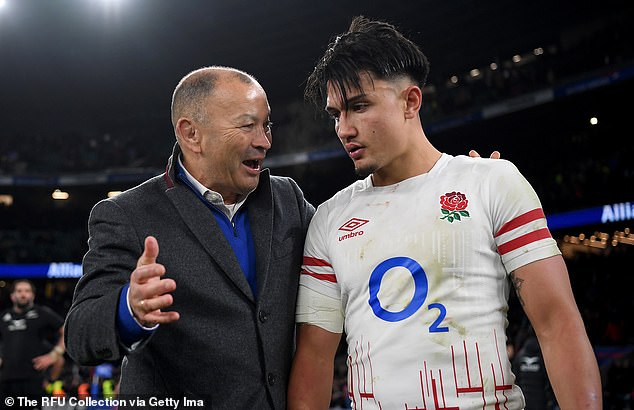 All Blacks coach Ian Foster said he was surprised by England’s decision, claiming: ‘All I know is, if we flipped it over, I would have liked our guys to have a crack. So I don’t know what their tactics were.’

But Jones insisted the decision made ‘a lot of sense’.

‘It’s always up to the players, I trust their decision making,’ the coach said. ‘That’s the best 40 minutes I’ve seen Marcus play in Test rugby. Aggressive, decisive, he wanted to own the game… I thought that was a big step forward for the young man.’

Captain Owen Farrell explained: ‘We wanted to see where we were off the ruck… (if) we had an opportunity, we wanted to take it. If not we wanted to make a good decision. I think that’s what was done.’

Replacement scrum-half Ben Youngs conceded that ‘a lot of people won’t understand’ England’s decision but he, too, insisted it was the correct call. 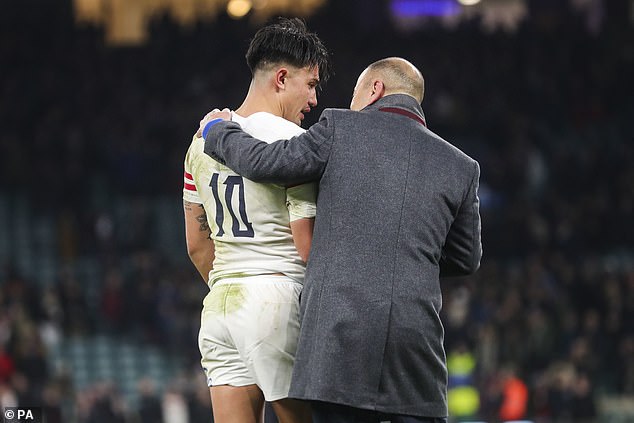 ‘It made a lot of sense’: Jones said he trusts his players and decisions are always up to them

Until the closing stages, when New Zealand were down to 14 men, England struggled to make pressure count or take their opportunities.

Jones praised his side’s ‘tremendous spirit’, claiming he never felt the game was beyond them. But the coach admitted they needed someone to ‘blow some magic dust’ for things to click.

‘We’re disappointed we didn’t win the game but a draw is a draw. When you get absolutely pulverised by them like we were in the first half, and you don’t stay in the fight, you can get blown away. We stayed in the fight, the leadership in the team was outstanding.’ 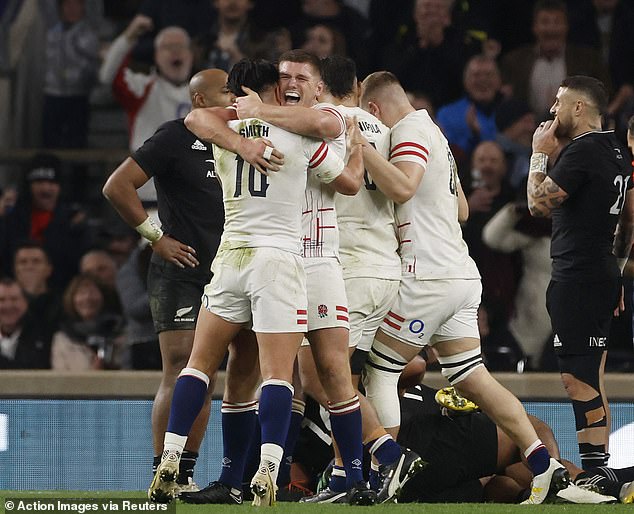 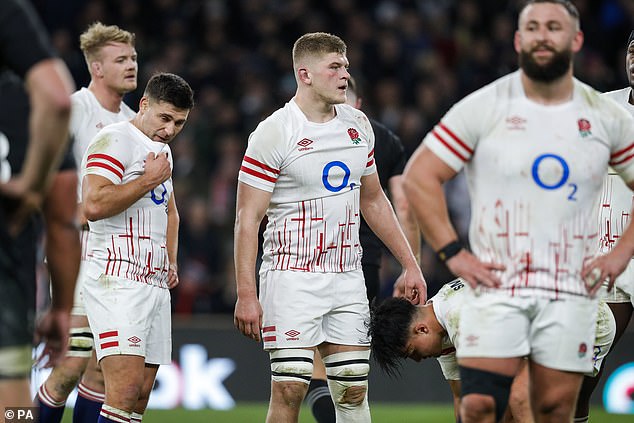 IAN HERBERT: There is no sympathy for 'parasite' rugby club Wasps