Return of the Wallaby! Eddie Jones is in line for a second stint as Australia head coach until 2027 with Dave Rennie placed on gardening leave – with ex-England boss set to be in charge of the next two World Cups and the 2025 British and Irish Lions tour

Eddie Jones has made a stunning return to Test rugby with Australia just weeks after being sacked by England.

The 62-year-old left Twickenham last month but he has now been appointed as Wallabies coach, with Dave Rennie set to be put on gardening leave.

His contract is expected to run until 2027, incorporating two World Cups and the 2025 British and Irish Lions tour. 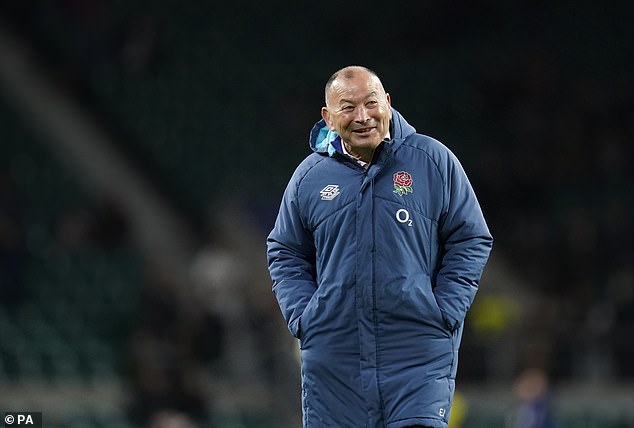 It sets up the possibility of a mouth-watering clash against Steve Borthwick’s England later this year, when the two nations could meet in the quarter finals in France.

On Sunday night Jones said: ‘It is a wonderful opportunity for me to be able to come home to Australia and lead my nation to a Rugby World Cup.

‘It is going to be an immense period for Australian Rugby – as a proud Australian, it is a great honour to be able to come home and lead the national team during these years. 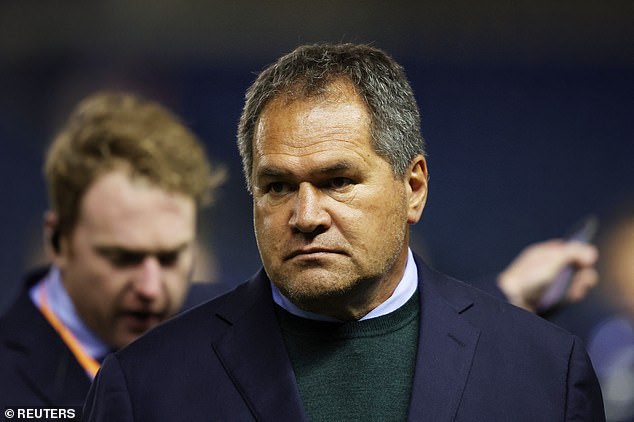 ‘The Wallabies squad is a really talented group of players with good depth – if we can have everyone fit and healthy going into the World Cup this year, I am confident that we can go to France and break the 24-year drought of winning the Rugby World Cup.

‘I saw how gutsy the Wallaroos were in the Rugby World Cup in New Zealand last year – it looks like there is a real spirit in that group that will drive the women’s program forward ahead of their next World Cup in 2025.

‘I am really looking forward to getting back home and getting stuck in.’ 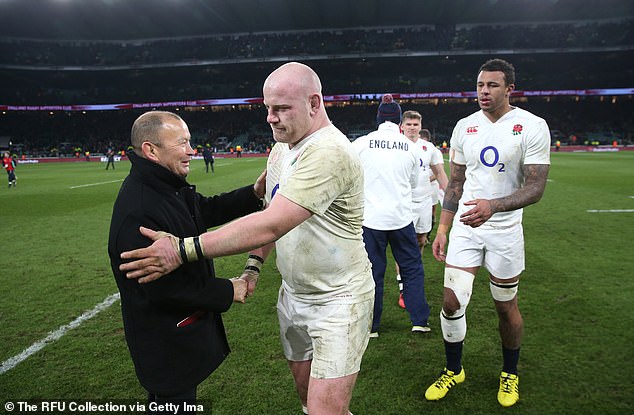 Rugby Australia Chairman Hamish McLennan last month went public with his intentions to bring home Jones, who is currently in the UK but will fly back to Sydney this week.

McLennan said: ‘Eddie is clearly a massive talent and campaigner in World Cups,’ said McLennan. ‘We’ve got Dave Rennie in place but we need to think how we can weaponise these recent events for Australia if Eddie wants to come home.’

Jones’s new role in Australia is also expected to see him oversee the women’s Wallaroos team as part of a wider remit.

He took England to the 2019 World Cup final where they were beaten by South Africa but his seven years in the job came to a sudden end.

England were booed off at Twickenham Jones at the end of their autumn campaign, when they won just one out of four matches.

That was the final straw for RFU chief executive Bill Sweeney who took the decision to sack Jones and replace him with Borthwick.

Sweeney has admitted he would not be surprised if Jones made an immediate return to the international arena and now that looks set to happen.

There was no clause in Jones’ release from his England contract which stopped him joining one of the RFU’s big rivals.

Andrew Johns: The Emmy-nominated war correspondent to sell Origin to the US