Owen Farrell has been handed a four-week ban for a dangerous tackle but will be available to start England’s Six Nations campaign next month.

Farrell was cited for a high shot on Gloucester’s Jack Clement during last Friday’s Premiership clash at Kingsholm after he escaped with no punishment on the field.

The Saracens No 10 went on to kick the match-winning drop goal at Kingsholm. An RFU disciplinary panel decided Farrell’s tackle on Clement was worthy of a short-term suspension in what will be a big sigh of relief for new England head coach Steve Borthwick. 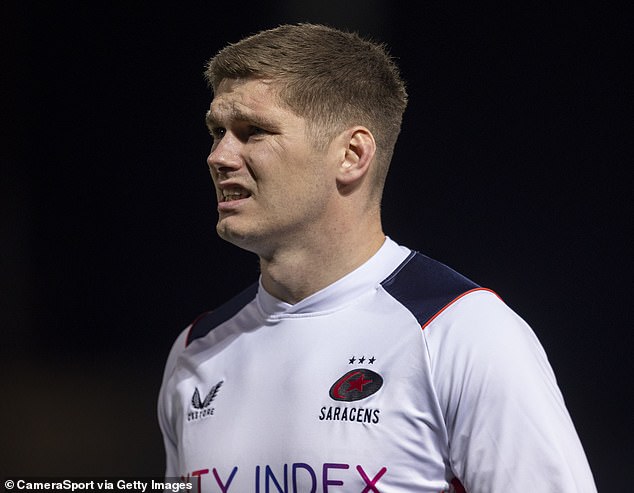 Farrell’s ban will be reduced from four weeks to three if he completes a World Rugby coaching intervention programme.

It means will miss Saracens games against Lyon, Edinburgh and Bristol. But his ban will end in time for him to start for England against Scotland at Twickenham on February 4.

An RFU statement on Wednesday morning read: ‘The case of Owen Farrell, Saracens, was heard last night by an independent disciplinary panel chaired by Philip Evans KC with Becky Essex and Mitch Read.

‘Farrell was cited following the game against Gloucester Rugby on Friday 6 January for dangerous tackling, contrary to World Rugby Law 9.13.

‘Farrell accepted foul play but challenged that it met the red card threshold, however, the panel upheld the charge and Farrell received a four-match ban. This will be reduced to a three-week ban if the player completes the World Rugby Coaching Intervention Programme.’

Farrell has been banned twice before for dangerous tackling. In 2020, he was suspended for five weeks after being sent off for a ‘totally unacceptable’ tackle on then Wasps fly-half Charlie Atkinson. 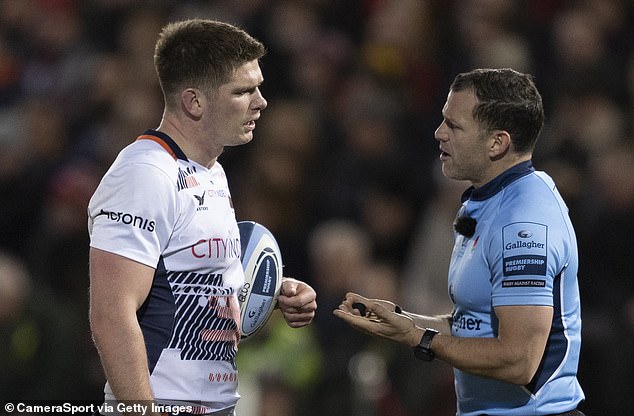 Borthwick is set to name his first England squad for the Six Nations since succeeding Eddie Jones on January 16 and is sweating on the fitness of some key players.

Hooker Luke Cowan-Dickie (ankle) and flanker Tom Curry (hamstring) are both Championship doubts although another fly-half in Marcus Smith is close to a return.

Sale director of rugby Alex Sanderson confirmed on Wednesday that Curry is unlikely to be able to face Scotland or Italy in the first two rounds but could be fit for Wales on February 25.