EXCLUSIVE: I feel to blame for Eddie Jones getting the sack – the stress of it put me in hospital… England coach Matt Proudfoot is rebuilding his career, but can’t help reflecting on the past

Gazing towards Table Mountain from his balcony, Matt Proudfoot lets the sun settle upon his face before he reflects on the turbulent end to his England career. With his home in Cape Town let to long-term tenants, he is staying at a friend’s B&B in Little Bay, or Kleinbaai as it is known to Afrikaners.

‘It’s beautiful,’ he says. ‘Hot. Really hot. 34C today. I’m coming to England for four or five days at the end of the month to sort out my apartment in Barnes, sort out some legalities with the RFU. I’ll put most of my stuff in storage because I’ll come back to the UK eventually.’

A stone’s throw from the white-sand beaches, Proudfoot has turned to surfing as a way to unwind after recent events. The stress around Eddie Jones’s sacking last month — and the redundancies that followed — hit him hard. Proudfoot was admitted to hospital in Roehampton due to stress and was not discharged until three days later. 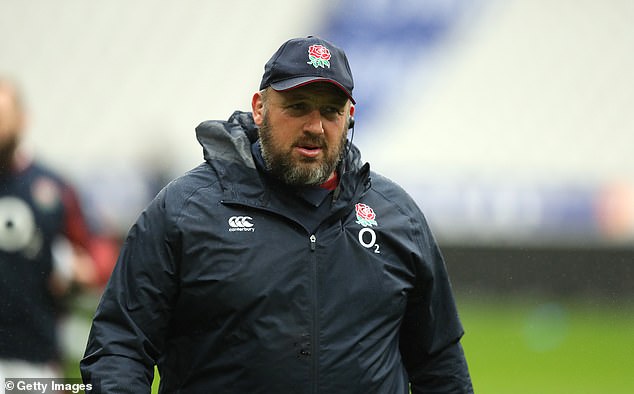 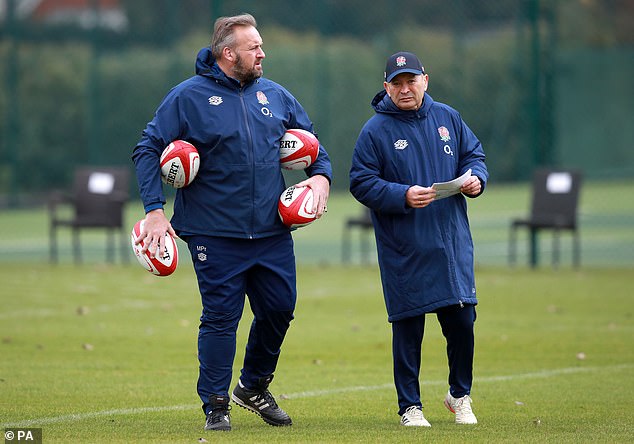 ‘I was shattered,’ he recalls. ‘Finding out about Eddie really hit me hard. It was a phone call from Richard Cockerill. I felt like I’d let him down. I spoke to him on the day he left and I could tell he was upset. He told me there would probably be changes so have your wits about you.

‘As much as you try and handle these things, it has an effect on you. The stress leading up to the South Africa game, living away from home, alone in London, it’s a tough place to be. Eddie left on the Tuesday and on the Thursday I had an immune overload. Fever, joint pain, stiffness; you feel like you’re being poisoned. It was a stress response. It built up until I crashed. I phoned the team doctor at 3am and he sent for an ambulance to come and fetch me. I spent a few days in hospital. Eddie always used to say to me that the game gives you feedback. Maybe this was it.’

By the end of the week, with Steve Borthwick taking over, Proudfoot had been told he was surplus to requirements. Jones’s prediction was right. Time was up for the forwards coach. 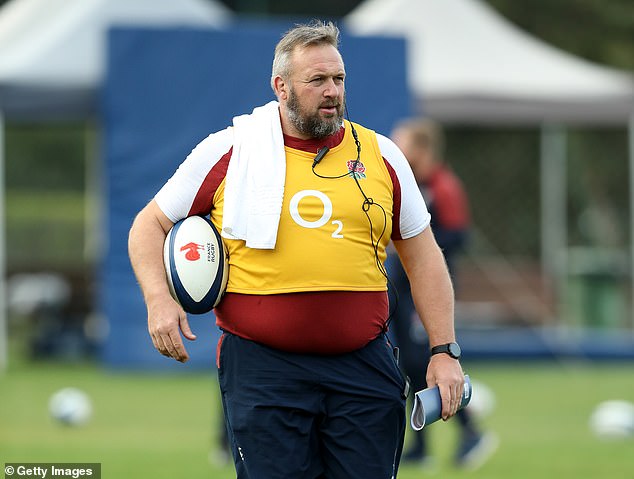 ‘Once Eddie had gone you basically have a feeling,’ he says. ‘The environment is different. I got a call on the Sunday evening and I knew what it was about. It was very professionally done from a HR perspective.

‘Being a foreign coach in another country is a massive responsibility and a massive honour. You want to add value and if you don’t then you must get out. I was prepared for it. ‘Coaching another country is like being a guest in another person’s home. It’s not your own. The way you behave is different. If you don’t handle it with care then you get out the door. ‘That’s professional sport. We see it in football every day. Anyone who thinks rugby is different must be stupid.

‘Our job is to perform and entertain the crowds. If we’re not winning then questions must be asked. Steve wants to move the team in a certain direction and fair dues to him. Every coach has that right and has to be given the opportunity to work with people he feels can make the team successful. I wish Steve all the best. He’s a great coach and a great guy. Steve was part of how a lot of that environment got together and his footprint was quite evident. It will be a quick transition.’ 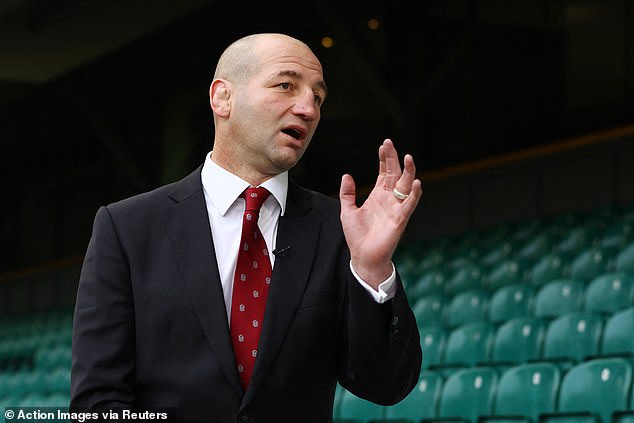 On his bedside table, Proudfoot keeps a book given to him by Jones during the autumn. Mastery, by Robert Green. He has read it from cover to cover, keeping hold of every drop of wisdom passed down by his old boss. Proudfoot still holds Jones in the highest regard, with their break-up tinged with regret from the defeat by the Springboks.

‘I have a lot of regret about that game,’ he says. ‘The scrum didn’t fire. It felt like the 2019 final all over again. If we’d been more successful at scrum time, things would have been different. And if we’d won that game maybe we would still all be there, back in the cold weather of England. I feel responsible. I wouldn’t change selection but I would change the way I coached the scrum that week. Less technical, more abrasive. 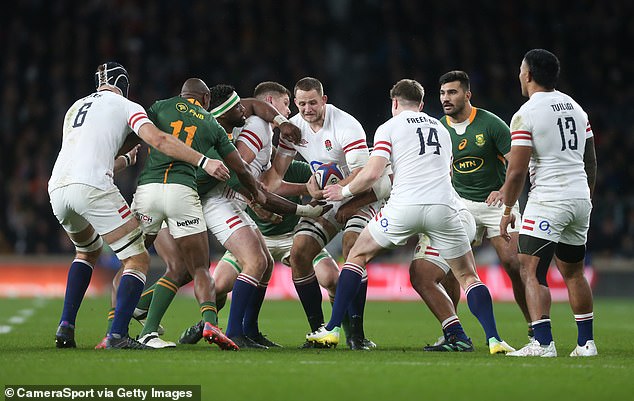 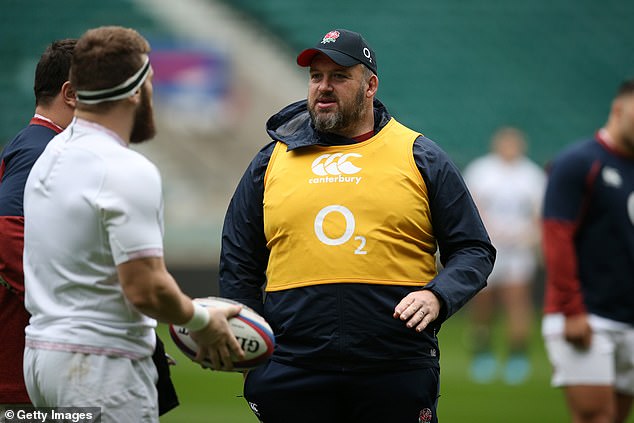 Proudfoot has been staying in South Africa, but is looking to return to England and Twickenham in the futute

Once the wounds have healed, Proudfoot wants to return to Twickenham as a supporter. He formed close bonds with the players and tips Will Stuart as a player with the potential to become the world’s best tight-head. He believes Borthwick has inherited a squad that could win the World Cup.

‘If you look at sport, the minute a new coach is appointed there’s always a spike in intensity,’ he says. ‘There will be a big momentum shift, then it’s about how to prolong that into the World Cup. They will definitely be in the semi-final and then it’s down to small margins.

‘With Will Stuart injured, they had to go with Dan Cole. It’s a great selection. The scrum hasn’t fired and they need a tight-head that can scrum. He will probably start against Scotland in the Six Nations. Steve’s experience with set piece will be crucial as a head coach. Leicester had a powerful set piece and it will be non-negotiable. It will be very good for England. 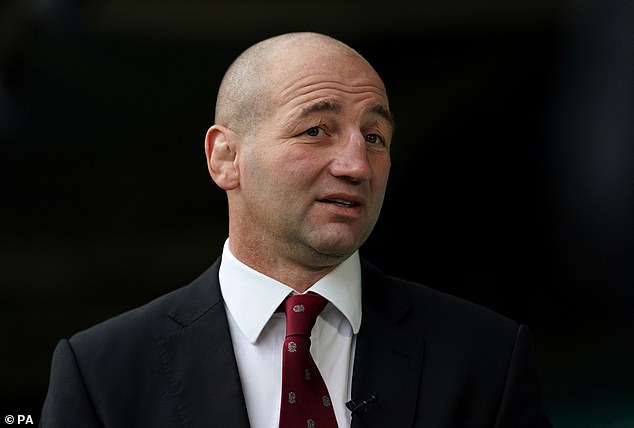 ‘For the first day of Six Nations I’d go Ellis Genge, Jamie George, Dan Cole, Maro Itoje, Jonny Hill, Courtney Lawes, Ben Earl, Alex Dombrandt. When Alfie Barbeary comes back and starts busting through tackles, I’d not be surprised to see him being brought off the bench at the World Cup to bust a game with 30 minutes to go. I like Chessum too and his brother.

‘I’d love to still be part of the England set-up. It didn’t work out and I’ve got to wear that regret, but I’m not going to pass it on to my next job. I got back to Cape Town on December 22 and on Christmas Eve I got a call asking if I wanted to coach at Stellenbosch University. I mentioned it to Eddie and he said it was a no-brainer.

‘What happened will live with me for a very long time but you have to move on. I’d been in international rugby for seven years and it takes up your life. I got to take my little girl to her first day of school for the first time the other week. That was a special occasion. I want to coach international rugby again, I want to be a head coach and if this is my path to go there, I’ll go that way.’