Tom Curry has helped convince Sale to sign England team-mate Jonny Hill from Exeter — the lock announced he is to move to Manchester next year.

With the Premiership salary cap down from £6.4million to £5m, the Chiefs could not keep Hill or fellow second row Sam Skinner, who is moving to Edinburgh.

And British & Irish Lions forward Hill, 27, will join Alex Sanderson’s Sharks for the 2022-23 season on the recommendation of England and Sale flanker Curry. 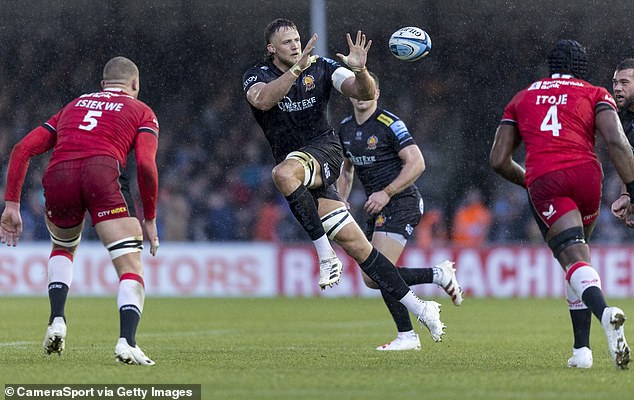 ‘We’re a club with aspirations and to sign someone of Jonny’s class demonstrates that,’ said Sale CEO Sid Sutton.

‘I spoke to Tom Curry about the potential of signing Jonny and he was full of praise for not only his ability on the pitch, but what a good bloke he is off it.’

Hill vowed to give his all for Exeter until he leaves.

‘The journey that I have been on with the Chiefs has been unbelievable,’ said the 10-cap lock, having joined from Gloucester in 2015. 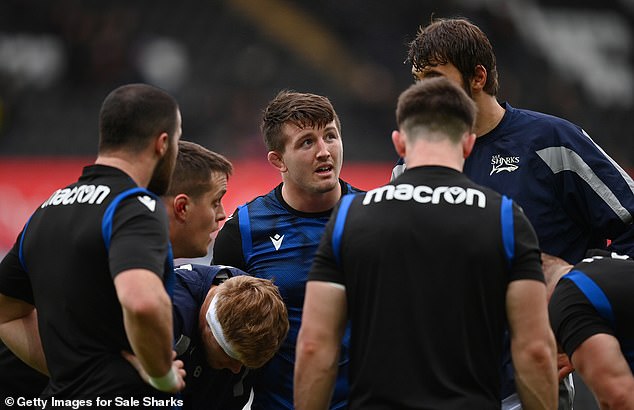 ‘To decide to move on has been one of the hardest decisions I’ve ever had to make, but sometimes good things come to an end.

‘The memories we have made, winning the double, playing in big games, it’s hard to sum up what all that means to me.

‘Between now and the time I leave, I will be fighting to the end and giving everything I can to the club.’

Sale boss Sanderson added: ‘He’s a player who knows how to win and what it takes to grind out those big games — that sort of experience is invaluable.’

Wighton takes on Keary in Blues audition. Joey has picked one as the best No.6 in the game