‘Someone might say “you don’t speak like a black guy”… it’s laughed off as banter but racism is a matter of fact’: England star Maro Itoje opens up on race as he calls for rugby to be ‘more open to all’

It was George Floyd’s screams for his mother as he died while police knelt on his neck that traumatised Maro Itoje the most.

Like many the 25-year-old England lock, who is of Nigerian heritage, has seen plenty of harrowing videos showing violence against black people – but this latest murder hit him hard.

‘I saw the brutal nature of it, the slow death,’ he tells Sportsmail during a virtual interview from his home in north London. 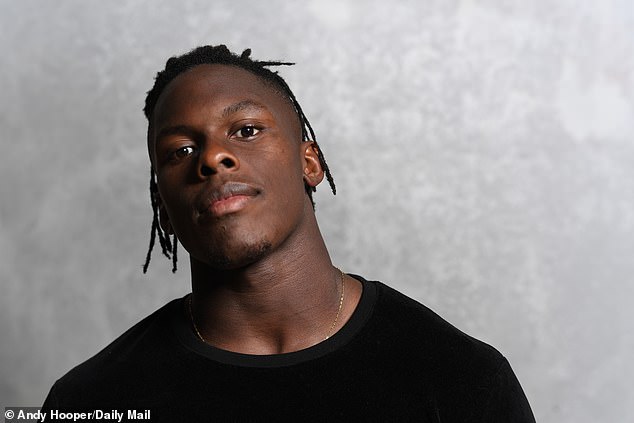 ‘Three police officers on a man, one kneeling on his neck. A man struggling to breathe, and the slow killing.

‘For me it was layered. How much pain George Floyd was in – for a person to scream for his mother, you have to be in a serious amount of distress. For a 46-year-old man to. It’s a tough thing to imagine.

‘How the police officers looked as if they didn’t care. Particularly the one kneeling on his neck – he saw all these people filming him and he literally didn’t care.

‘The reaction from that video from not only the African-American society, but black people all over the world, as well as some white people, have said “enough is enough”.

‘This racism, this police brutality, has to stop. It has made the world have a harsher look at structures across their society and lobby, protest for change not only in America.’

Naturally, since Floyd was killed Itoje has found the past three weeks ‘tiring’ and emotional.

He has felt compelled to speak up too, adding his articulate voice to the chorus of black sportspeople who are desperate to use their prominent positions for good – for change.

While Itoje is aware he has not endured the harsh upbringing of many, or experienced run-ins with the police or the law, or suffered overt racism, he is here to explain and educate.

‘What you do deal with is a whole load of racial ‘micro-aggressions’ whether that is at school or beyond,’ Itoje, who attended Harrow School before joining Saracens, says. 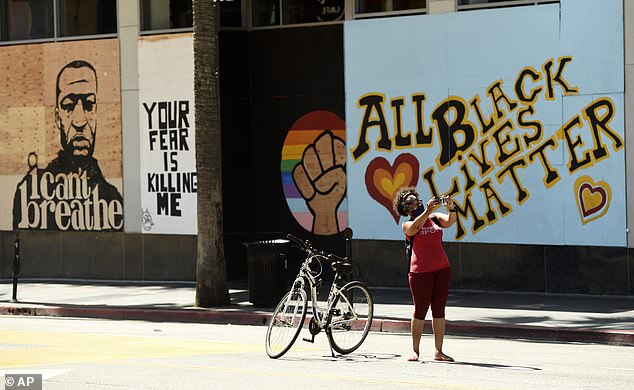 The death of George Floyd in the USA, depicted in the wall mural left, sparked global outrage

‘Someone might say: “Maro, you speak well. I’m surprised – you don’t speak like a black guy” or “do people only live in huts in Africa?” or if you wear a suit or something “you’re not dressed very black today”.

‘Often it’s laughed off as “banter” or a joke, but the thing about racism is it is a matter of a fact.

‘If you say something that is racist it’s not dependent on my intention, how well I know you, if you were given permission – racism is racism.’

He loved school, and has taken all the opportunities presented to him so far, but has a problem with the education system.

‘When you’re getting taught about historical events it’s a very fluffy, rosy picture that tends to get taught,’ he explains.

‘There is a common phrase that “history is written by the victors” and Britain has been victorious a lot, so it has had free reign to write history in its favour.

‘It paints this “white man saviour” image especially in relation to the slave trade and colonialism.

‘At secondary school what we learnt about the slave trade was that the Europeans came, took Africans from their country, took them to the Americas and Europe, they were captured for 400 years and after that a man called William Wilberforce came to save the day, and we should be thankful of Britain for “ending” slavery. 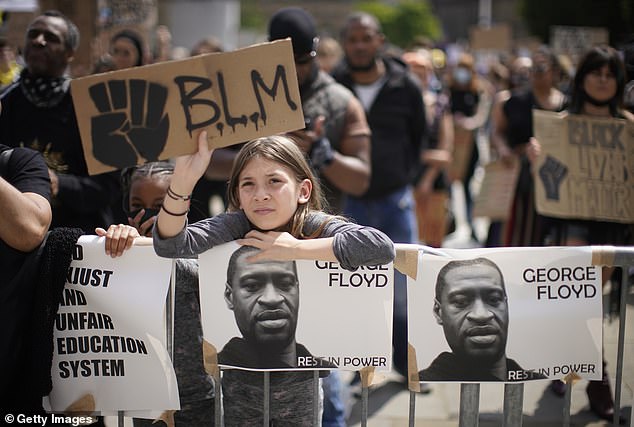 ‘Most people think African history started at the slave trade. If you’re taught that African history goes from slavery to colonialism you’re just painting the wrong picture of the continent.’

With that context, it agitates Itoje that Boris Johnson has warned that the recent toppling of statues could ‘photoshop’ history.

‘The irony of what he’s said is that what we are teaching people is a photoshopped version,’ Itoje continues.

‘That’s the whole problem with the statues.

‘If we were told “Ok, this person did this, this and this – these were the good things, and these things aren’t acceptable so they should be held accountable for them” that would be better. 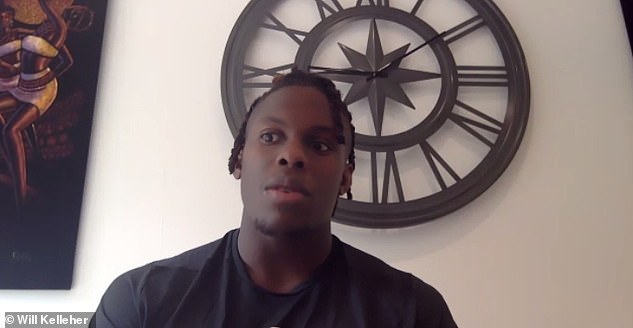 ‘The problem is these people are glorified for certain things and the negatives are not acknowledged.

‘No one is a saint, but when you portray people who have done terrible things as saints that’s where the problem comes from.

‘By doing that you’re saying two things. 1) the bad thing that they have done doesn’t matter. 2) The victims of the person who committed these crimes, acts or atrocities, are not important.

‘That often has racial undertones and follows racial lines.

‘If you look across history the people who are deemed less important are black and brown individuals rather than white.

‘I always think when you’re faced with a problem the first thing you need to do is accept that there is a problem.

‘Initially after George Floyd’s murder I felt people were realising what is going on – a lot are – but watching the news clips from last weekend, a lot still don’t get it.’

Does rugby? The sport Itoje plays may have celebrated recent diversity – a third of the England team that went to the World Cup in Japan were BAME men – but currently there are no black board members, top referees or coaches. 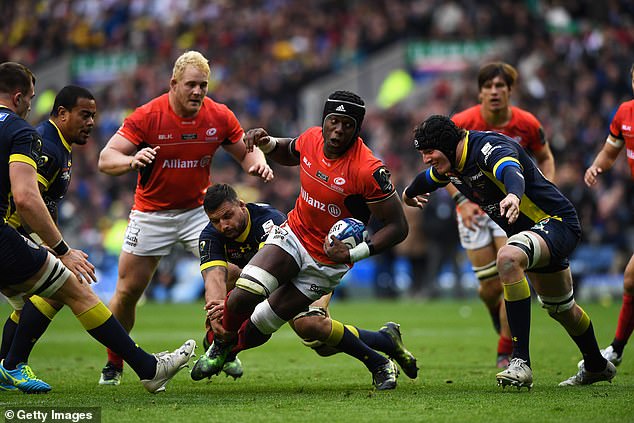 Itoje, who features for the Saracens, is hoping rugby can be ‘more  open to all’ in the future

Rugby has a troubled history with race. The Springboks were previously a symbol of white supremacy, the British & Irish Lions continually toured during the apartheid era, and the song sang at Twickenham – Swing Low, Sweet Chariot – originated among slave-workers and first echoed around rugby HQ when black wingers Martin Offiah and Chris Oti scored tries in the 1980s.

‘Don’t get me wrong,’ says Itoje of England’s rugby anthem, ‘I don’t think anyone at Twickenham is singing it with malicious intent, but the background of that song is complicated.

‘The need is to make rugby more open to all.

‘When I first started watching rugby 2006 or so compared to where we are now I think we have moved forward. However, there is more to go.

‘Rugby has this stereotype of being an upper-class, Bullingdon Club-style game.

‘That narrative is changing. We can’t be complacent though.

‘The RFU and PRL can do more to get into societies, neighbourhoods, communities that don’t necessarily see rugby as a natural sporting home – they can implement more of an outreach programme to get in contact with these types of people.

‘In no way am I suggesting that people should be selected based on their ethnicity, or colour. Of course it should be based on merit. 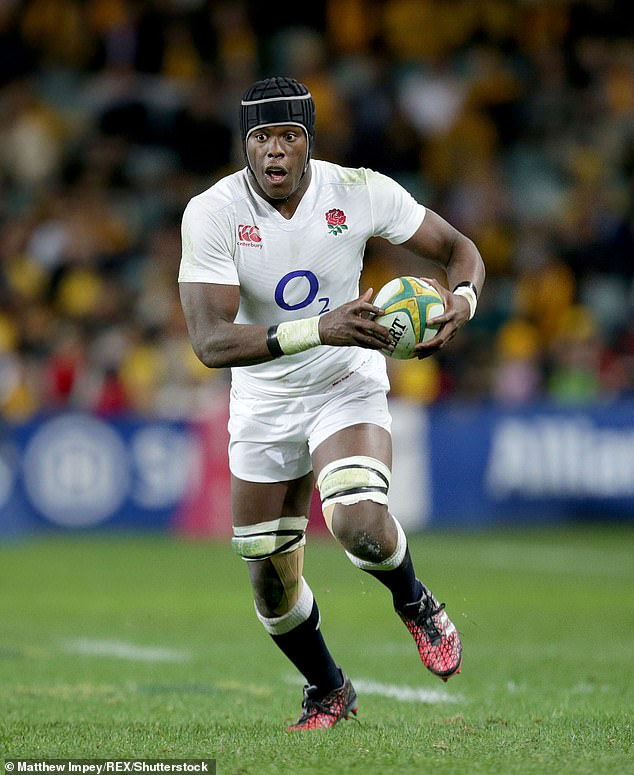 The England star states while he understands there is no malice behind fans chanting ‘Swing Low Sweet Chariot’, there is a ‘complicated’ history to the song

‘What I am saying is that there are two aspects to it – a class aspect and an ethnic cultural aspect.

‘Still if you play for the best public schools your chances are higher of making it into the professional game.

‘The cultural aspect is a bit more complicated as a lot of these communities don’t come from a rugby background – they could be second, third, fourth generation but they don’t necessarily come from a community that holds rugby in a high regard.

‘Rugby has a harder job than other sports as they’re also trying to get to people who aren’t necessarily from that cultural mentality when it comes to rugby compared to other sports.’

Itoje wants to help. He compels society to realise its engrained racial biases, to ‘unlearn’ them, and to reverse the conditioning of the previous centuries.

He intends – in time – to set up a foundation or initiative to help engage communities so-far unreached by rugby. He always wants to make an impact beyond his sport.

When he attended a Black Lives Matter protest in Hyde Park a couple of weeks ago he felt optimistic change would come – but the images last weekends’ clashes between protestors and the far-right have tempered that.

‘There is a large proportion of people in our society that believe this is wishy-washy stuff,’ he says with incredulity.

‘That’s the danger. It’s just a news bulletin, like before. The challenge is for this to result in material change both in our minds and in law.

‘There is still a long way to go.’