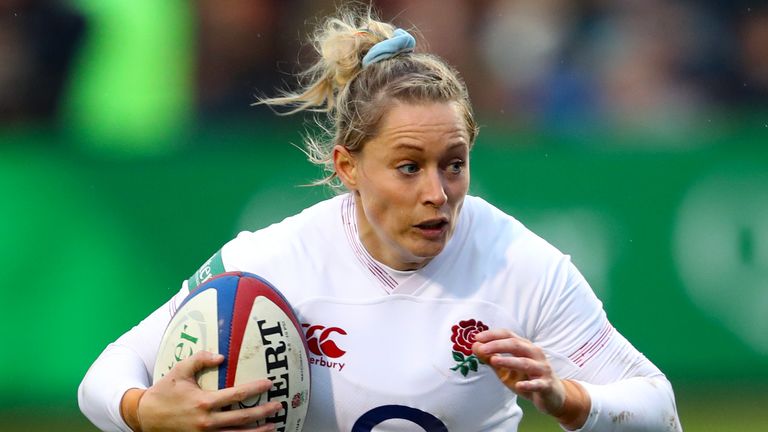 England Women have announced a 31-player training squad ahead of Saturday’s clash against France, including Natasha Hunt and Ellena Perry.

The Red Roses powered to a 33-10 win over France on Saturday after a dominant second-half display, moving to a No 1 world ranking.

Simon Middleton’s side face France once again on Saturday – November 21 – at Twickenham stadium, with Gloucester-Hartpury duo Perry and Hunt named in the training squad along with Loughborough Lightning’s Abbie Brown.

Brown receives her first training camp call-up of the season and joins the group at Rams RFC Reading in the build-up to the game, with the matchday squad to be announced on Thursday.

“Last Saturday’s game against France was a tough and physical affair and we expect more of the same,” Middleton said. “We’ve spoken a lot about resilience which we’ve shown in our training and our two matches at the start of the season to date.

“While we were delighted with the result and much of the performance in France, we know we need to be better this weekend. We’re looking forward to a big week of preparation.

“We want to keep putting smiles on people’s faces and have a big opportunity on Saturday to thank everybody who has worked tirelessly behind the scenes to get the game on at Twickenham.”