England’s first fixture since the Covid lockdown is in danger of being called off, after players from the opposition Barbarians squad contravened protocols.

The non-cap match is due to take place at Twickenham on Sunday but the RFU are now conducting a frantic review to see if it can still go ahead.

A group of Barbarians players who left the team hotel without permission were separated from team-mates after their return and will not be allowed to play against England. It remains to be seen whether replacements can be found in the tight time-frame, who can satisfy the stringent health and safety measures in place. 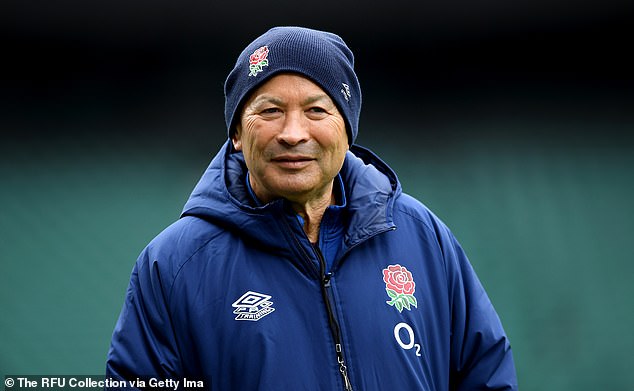 Eddie Jones’s national team have not played since beating Wales 33-30 at home on March 7. They are supposed to be taking on the Barbarians ahead of a busy period of autumn Test action – with the Six Nations finale against Italy in Rome followed by an Autumn Nations Cup campaign, with pool matches against Georgia, Ireland and Wales, before a finals-day fixture.

A statement released by the RFU read: ‘On the evening of Wednesday, October 21, a number of Barbarians players breached the agreed Covid code of conduct protocol by leaving their hotel bubble without permission and without informing organisers about their whereabouts. On their return, the players were immediately separated from the rest of the group in the bubble in order to protect its integrity.

‘The players leaving their Covid-secure environment has resulted in a potential risk of Covid transmission from individuals outside the bubble, and even with a further round of testing for this group it will not be possible to guarantee these players are not infectious in the period up to and including the match. Therefore, to protect the safety of other participants, these players cannot be permitted to remain with the Barbarians squad and play in Sunday’s fixture. 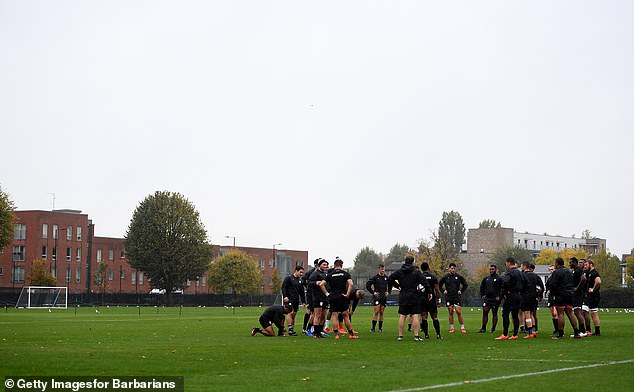 ‘If sufficient new players with an appropriate testing history and who have been meeting the code of conduct standards can be to be brought into the Barbarians camp then the game will go ahead. The RFU scheduled the Barbarians fixture for performance purposes in order to provide a warm-up game ahead of the postponed Italy v England Six Nations decider, however it will not compromise the safety of players to do so.

‘The RFU will provide an update on the match status by 3pm on Friday October 23. Barbarian F.C. have expressed their extreme disappointment in the conduct of the players involved and have taken all necessary steps to ensure the safety of the players and staff within the bubble. The Club are working closely with the RFU as they determine whether the Quilter Cup can go ahead..’

Former England captain Chris Robshaw was supposed to be making a farewell appearance at Twickenham, against Jones’ Red Rose line-up, before moving to the USA to play for San Diego. There were also several Saracens players included in the multi-national Barbarians squad, while Jones released two England squad players – Tom de Glanville and Simon Kerrod – to play for the visitors in order to gain valuable game-time.

The Barbarians are famed in the sport for staying true to their old amateur ethos, with late-night socialising in the build-up to matches and a commitment to playing with freedom.