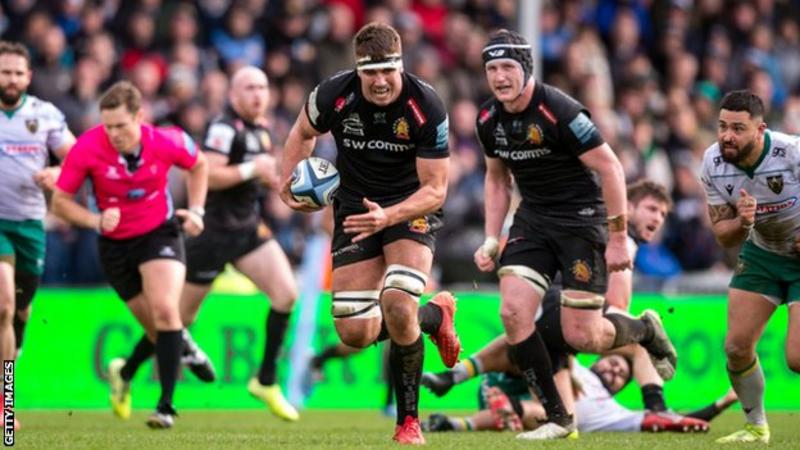 The Champions Cup final will take place on Saturday 17 October, with the quarter-finals and semi-finals in the middle and at the end of September.

The Challenge Cup final is set for 16 October, with the quarter-finals of both competitions planned for the weekend of 18-20 September and the semi-finals on the 25-27 September.

Marseille is the intended finals venue.

European Professional Club Rugby says that will depend on travel restrictions and government guidance.

Meanwhile next season’s tournaments are scheduled to start on the weekend of 11-13 December.

The last eight games were called off in April because of the coronavirus pandemic, with Toulouse due to host Ulster, Clermont Auvergne facing Racing 92, Exeter meeting Northampton in an all-English clash, and Leinster hosting Saracens in a repeat of the 2019 final.

Saracens prevailed 20-10 in Newcastle to clinch their third European title, but have since been relegated from the Premiership after repeated salary cap breaches.

The Premiership is due to resume on the weekend of 15 August, with nine rounds left to be completed before the semi-finals and the final, which is pencilled in for 10 October.

But no date has yet been set for the start of the 2020-21 RFU Championship, as the governing bodies attempt to resolve a situation where Saracens are playing in both the top flight and the second tier at the same time.

“The Professional Game Board is working together to develop a recommendation to address the potential overlap which could see Saracens being eligible to play in a restarted and extended Premiership Rugby Season at the same time as participating in the 20-21 Championship season,” said an RFU spokesperson.

Meanwhile next season’s Champions Cup is likely to be expanded to 24 teams, featuring eight sides from the Premiership, the Pro 14, and the French Top 14, although the structure of the 2020-21 campaign – at both domestic and international level – remains uncertain as rugby bosses attempt to thrash out a new global calendar.

RFU chief executive Bill Sweeney told the Rugby Union Weekly podcast he remained hopeful a solution could be found, despite opposition from French and English clubs in particular.

“We believe this is a unique opportunity to separate the club game and the international game,” Sweeney said.

“It feels a bit like a 1995 moment [when rugby union went professional] when there is an opportunity to change some things that have plagued and challenged the game for a long time.

“We are now going to the next phase, where there are two big issues: player welfare and more advanced financial modelling. I’m still optimistic we will make progress.”

How to watch the British and Irish Lions squad announcement