South Africa 40-9 Georgia: Fabulous Fassi unleashed as the debutant winger stars in comfortable victory in their first match back in 608 DAYS ahead of the Lions Test series

This was the first time the Springboks had played since dismantling England in the 2019 World Cup final in Yokohama and captain Siya Kolisi was among several members of that feted side on duty at an empty Loftus Versfeld.

But 608 days on, the belated start of a new era was marked by the emergence of a dazzling rookie. 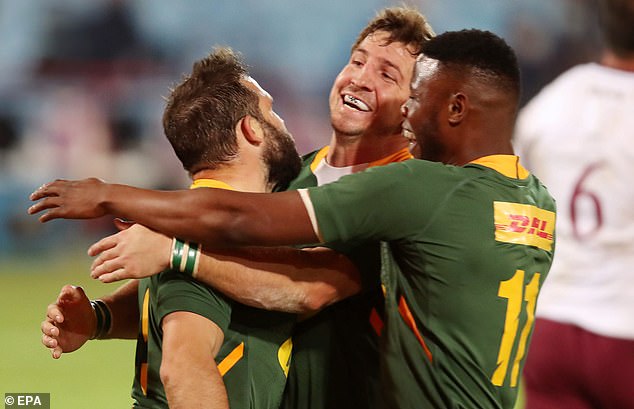 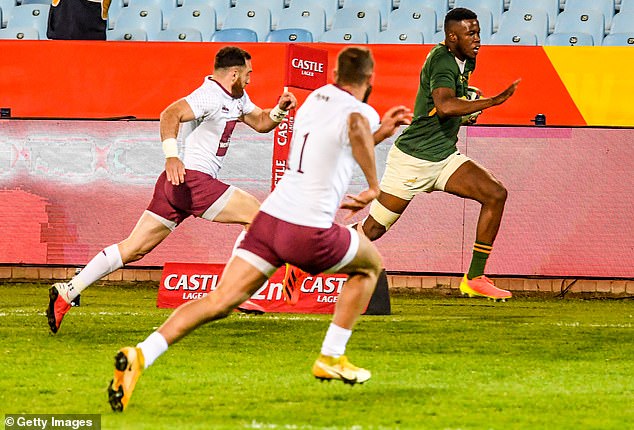 The quick back did not take long to make a mark on the game, scoring a try in the fifth minute 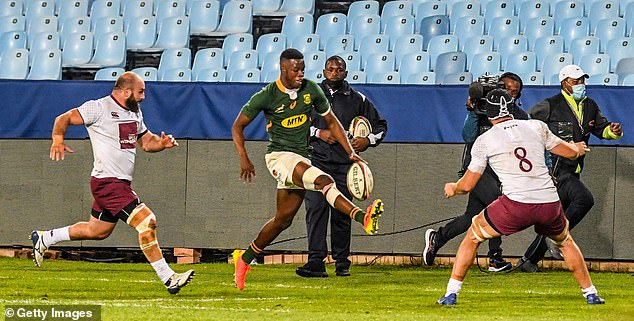 Fassi was named to start by the Boks’ new head coach, Jacques Nienaber, on the strength of his form for the Durban-based Sharks. The 23-year-old didn’t take long to prove his international calibre, with a wonderful fifth-minute try.

He seized a pass from Pieter-Steph du Toit wide on the left, stormed past two defenders in limited space and finished well in the corner. 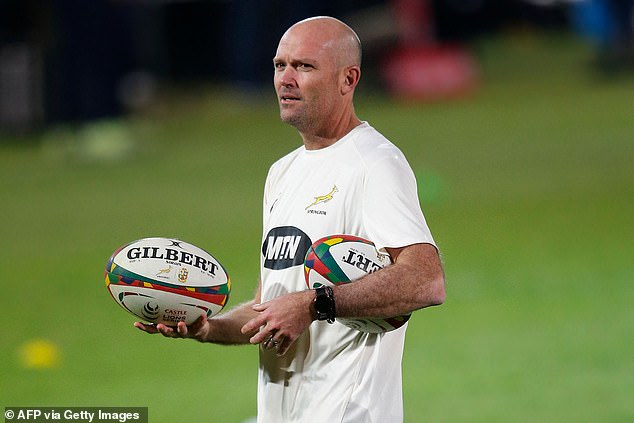 He deftly held a pass from Jesse Kriel and swiftly kicked in-field, allowing Cobus Reinach to gather and race clear to score. Fassi also fared well under the high ball and in defence.

The Boks ended up with six tries and will be better for a physical encounter. On this evidence, they will be ready for the Lions.

Captain Kolisi said: ‘We started slow, but as soon as we found our mojo, everything started coming together. It was far from perfect but we will definitely get better.’