Home » Rugby » Farrell: England will NOT be off the pace heading into Six Nations

England captain Owen Farrell has played down fears that he and several team-mates could be undercooked going into the Six Nations opener against Scotland at Twickenham on February 6.

A number of Eddie Jones’ players have had very limited game time due to Covid-related fixture cancellations, while Farrell and many of his fellow Saracens in the Test squad have not played at all since the Autumn Nations Cup final on December 6.

However, the captain is confident that a rare mid-season break will actually enhance England’s defence of their championship title. 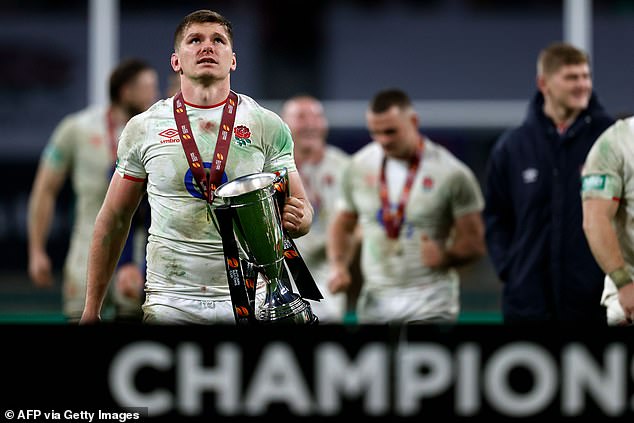 Asked if he is optimistic about being able to hit the ground running against the Scots, Farrell said: ‘I don’t see why not. We’ve been using this time as a massive opportunity for us to get some good training under our belts and put us in the best possible condition for this tournament.

‘Over the past few years, we haven’t had much opportunity for pre-season to get ourselves some good training — not just rugby. We’ve not been injured, we have been working hard off the field with pre-season stuff — running and gym, to make sure we are strong enough — then we had a ball in our hands. It’s not like we have been sitting on a physio bed. We have been training for this.’

When pressed on whether there is still a difference between general fitness and match fitness, he added: ‘Yeah, there will be. But at the same time we are doing all we can to be in the best position to cope with match fitness. We have 10 days to prepare and the rugby training comes into it.’

Jones echoed his skipper’s view, adding: ‘The Saracens boys have probably, over the last five years, played six seasons of rugby. For them to actually have a pre-season now is a godsend. They will come back in much better condition than they’d normally be in at this time of year.’ 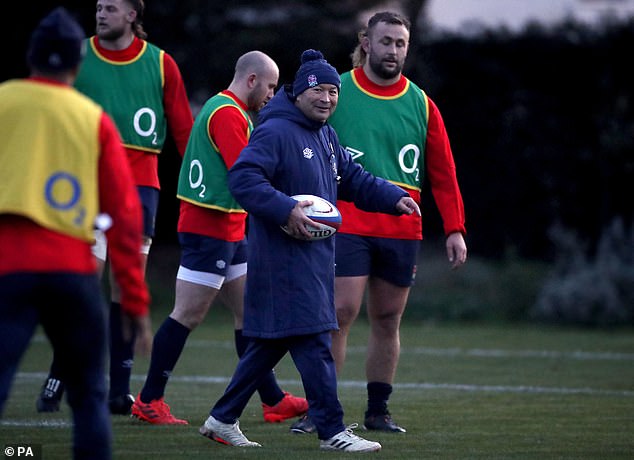 England’s preparations have been disrupted by the loss of three key forwards — Joe Launchbury, Joe Marler and Sam Underhill. Marler withdrew from the tournament for personal reasons and Jones was supportive of his decision to prioritise his family.

The coach offered a firm assurance that the veteran prop will remain in contention for selection as and when he wishes to make himself available again.

‘Joe has been a wonderful contributor to the team over the last four years,’ said Jones.

‘We fully support his decision, 100 per cent. There will be some time in the future when he’s ready to come back and will get selected. We’ll take that when it comes.

‘He has been an outstanding player during my time with England and I’m sure he was outstanding before that. He is tough, abrasive, a good defender, a great guy off the field — a bit nutty, but we like that. It’s good to have characters like that in the squad.’ 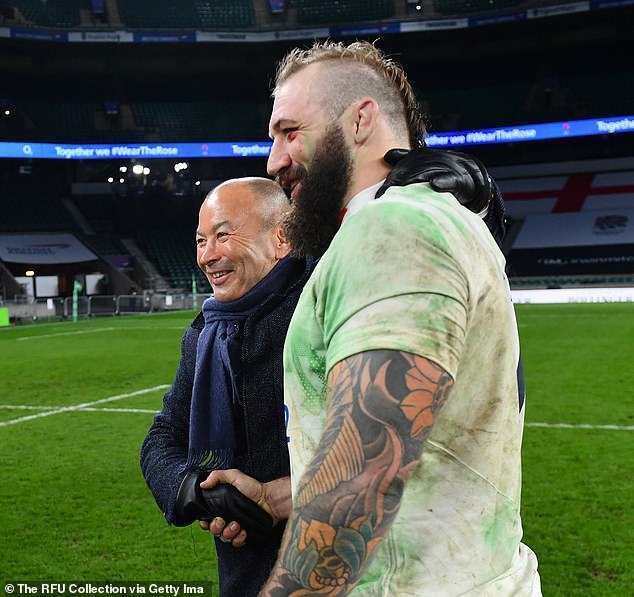 Jones will be without Joe Marler, who withdrew from the tournament for personal reasons

The 23-year-old — who can operate on the wing or in midfield — also qualifies for Italy and Azzurri head coach Franco Smith admitted on Wednesday that he had tried to recruit him.

‘I failed a bit in my process,’ he said. ‘We had a lot of discussions. I think he is an excellent bloke and he handled the situation really well.

‘He felt complimented that we wanted him to play for us, but he came through the age groups in England and a lot of his friends are making the step up to the senior team.

‘For us, it is certainly a disappointment.’